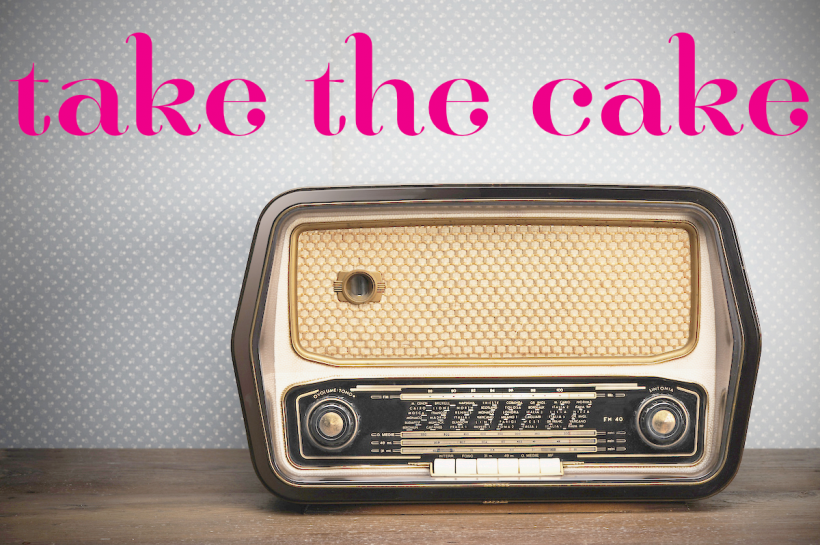 Yet again, fatphobia and its proponents (many of them admittedly left-leaning NPR listeners) somehow fade into the ether.

On Saturday, I woke up to an email from someone at NPR’s “This American Life”:

Thanks so much for talking with me on the phone a few weeks back. I'm sorry we weren't able to interview you for the episode, which airs this weekend. We were so tight on time that we weren't able to produce a segment full of personal stories in the way we'd originally envisioned.

About two months ago, I talked with Susan, one of the interviewers for TAL.

They were preparing for a show about fatness, and I was excited to share my hard-earned analysis on the matter. We set up a time to chat over the phone and she called me from some landline in New York.

Susan asked me questions about my childhood, my research in grad school, and then whether my life would be easier if I weren’t fat. She asked me whether I thought fat people were ‘better’ in some ways than thin people.

It felt like the producers were still fishing for an angle, and I thought I’d steered them in a good direction: Fat politics are about the fight for a life free from bigotry and discrimination, regardless of size.

Yesterday, though, right as I was about to enter the vortex that is my morning Facebook-checking-time-suck-ritual, I got a text from my friend Mica. It included the link to the episode.

I can admit that I had already gotten up on the wrong side of the bed, and the idea of listening to that episode made me feel extra salty. I was pissed at myself for having given this Official Home Of Self-Congratulatory White Liberals not one, but two precious pre-interviews. Honestly, the whole thing brought back a lot of  really unpleasant memories of being single and going on dates with tech dudes.

Feeling like a spurned lover who clearly felt that the one-night stand meant more than it did (two-night stand, though!), I posted a warning on Facebook: Don’t link me, don’t tag me, I know it’s there.

My friend Laura Luna was the first to reply, saying that she had planned to post about the episode and offer a much-needed trigger warning to any fat people who planned to listen to it.

After a string of, like, 50 comments I was pretty enraged by what I gathered from the hearsay, but was still decidedly ignorant of what the episode actually contained. I really didn’t want to listen to the episode, but thankfully they offer the transcript online.

The episode is broken into five parts. The central story is that of Elna Baker, a woman who lost 110 pounds by using the Schedule IV controlled substance phentermine, which she’s still taking:

At one point, they play a recorded conversation between Elna and her new husband, in which he admits that he would not have dated, loved, or ultimately married her, had she been her previous size (5’9’’, 265 pounds).

To get to the heart of why this story is chosen as the centerpiece of the program, you have to delve into the coded nature of the language.

“Coding” is what happens when people learn a sophisticated way of conveying bigoted things without outright saying them. It’s kind of like the way that adults talk about sex within earshot of children by using euphemisms or metaphors — except, in this case, alternative language is used to obscure the meaning of bigger concepts, like racism and sexism.

People like Elna Baker’s husband get to sit back and observe without fear of indictment because they represent the ultimate “invisible” tastemaker.

Regardless of her admission of using risky methods and the hurtful confession by her husband, Elna effectively still acts as a success story, albeit a mitigated one.

Nevertheless, she confirms a fatphobic paradigm, one that involved internalizing the blame for misogyny and fatphobia, and performing the understanding by starving herself in order to acquire the body our society expects women to possess.

Rather than troubling her own desire to fit into a particular narrative of white American success, she affirms her desire to be positioned within the problematic framework that traps and dehumanizes her.

She positions her heavier body — the one that, according to her story, Black and “Hispanic”/Latinx men are interested in — as less attractive. This again becomes a coded way of talking about how she was able to track the “success” of her weight loss through the increasingly lighter skin color of her potential suitors. Finally, she is visible to white men and, therefore, she matters.

Ira Glass then glibly ends the segment (yes, the one where a woman admits she’s on speed to stay thin and discovers her husband is a dick) with this:

“Grab a Twinkie and come back in a minute, Chicago Public Radio, when our program continues.”

Baker’s story is book-ended with commentary from Lindy West and Roxane Gay. West talks about reading Dan Savage for being an unrepentant fatphobe. Gay draws distinctions between her experience as a “super morbidly obese” Black woman and the experiences of “Lane Bryant” fats who proselytize self-love.

Though there was useful commentary, deeply personal stories, and some incisive observations, my problem with the episode is that it ultimately repeats a harmful framework:

Fat people, nearly all women, were on trial and up for observation (their privacy already considered non-existent) — not the fatphobic bias that had so clearly shaped their lives.

Yet again, fatphobia and its proponents (many of them admittedly left-leaning NPR listeners) somehow fade into the ether. People like Elna Baker’s husband get to sit back and observe without fear of indictment because they represent the ultimate “invisible” tastemaker.

Girl, the ether is made of straight, cis, white dudes’ bullshit.

So before I go, I’d like to set the record straight.

Let me, like, spoonfeed you some hella deep truth, Ira. Enjoy it, because this is the last time I’m talking to anyone from NPR.

Fatphobia is a form of bigotry.

Bigotry is a social problem, not an individual problem.

When we refuse to name these things, we create a culture of voyeurism and victim-blaming.

And finally, don’t make jokes about Twinkies on an episode about “understanding” fat, because you sound like a goddamn fool.