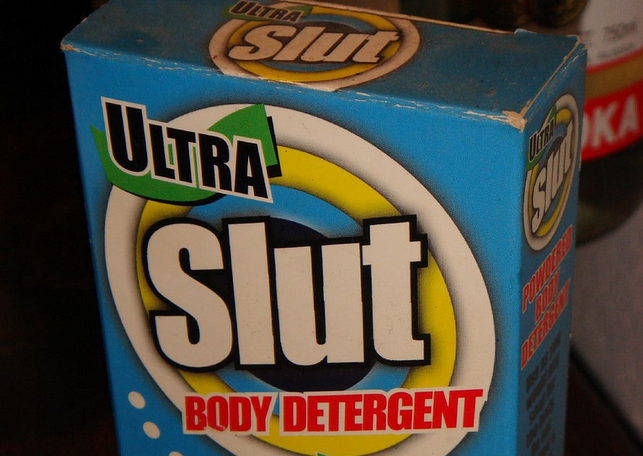 Thanks to modern-day medical advancements, there's biologically no reason why a person can't (safely) bang whomever whenever. Yet, we still have words like "slut" or "manwhore" that are used to insult those who do just this, regardless of whether or not they utilize protection. If we can prevent pregnancies and STIs, why cast judgment?

Sure, some of it is out of jealousy. There are nookie-less folks who aren't mature enough to understand that their lack of partner-induced orgasms is the root of their anger. But of course, that's not true for everyone. Now, a study is shedding light on a surprising truth behind promiscuity judgment.

Of Promiscuity and Financial Dependence

A team of researchers at Brunel University conducted a study, recently published in The Archives of Sexual Behavior, to comprehend reasoning behind notions of promiscuity. According to their findings, people who live in communities where women are most likely to depend financially on their husbands are more likely to perceive promiscuity through a negative lens. That is, promiscuity of both genders—not necessarily female. Or, as they put it:

Wow. But don't picket the front of Brunel University yet! They then go on to say:

The beliefs may persist due to evolutionary adaptive lag, that is, because the environment has changed faster than the moral system.

This isn't just them trying to make nice however. The study eliminated all possible variables—including political affiliation and religion—when conducting this study and still found the same results.

The idea is that sex is "a game of finite resources," as The Atlantic puts it; our lady ancestors needed financial support to raise their babies. If their partners were out frolicking around the slut cave and getting loads of women pregnant, the degree of assistance was divided, which meant less food for all. (Except, of course, for the gold diggin' cave girl who cheated the system and got preggo from five different men so she could get extra resources.)

See what we're getting at? Sex is no longer a guaranteed fetus, yet we give up other materials when engaging in it. Be it money for dates, emotion or time itself, those who date around split their finite resources. Though societal morays have changed, this biological imperative remains.

All we can say is: Here's hoping that we'll all by divvying up some of our precious resources tonight!