Et Tu Brute? OkCupid Excitedly Reveals How It, Too, Has Experimented On Its Users 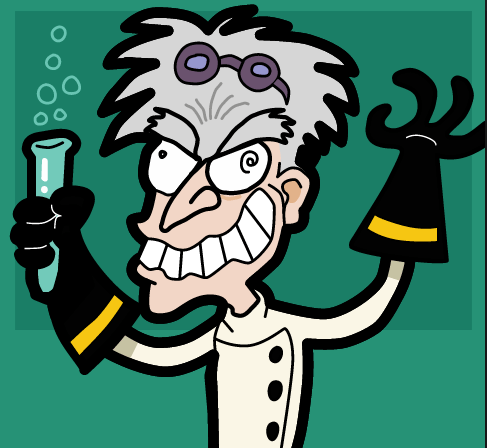 Remember that whole fiasco last month when a Facebook data scientist announced the company had been manipulating hundreds of thousands of people’s newsfeeds to see the effect on people’s emotions and everyone got, well, super upset? OkCupid had quite the interesting response: revealing, giddily, the ways it has experimented on its own users.

OKC was so stoked to stake a flag in the I-mess-with-my-users’-heads-game that its founder, Christian Rudd, even tweeted this about it:

And just in case the caps didn’t completely convey the company’s excitement about THEIR EXPERIMENTS, the title on the blog itself even has an exclamation point. Such an interesting PR move. . . !

Anyhow, let's head back to how OKC “Experiment[ed] On Human Beings!” and manipulated both heartstrings and exclamatory punctuation. In his blog post, Rudd lays out three experiments, saying: “Here are a few of the more interesting experiments OkCupid has run” (which of course leads us to wonder about the other, more lackluster, manipulations of users' experiences).

So this is definitely the least sketchy of the three. Given that OkCupid announced it explicitly, we’re generally OK with it. Dubbing January 15, 2013 “Love is Blind Day,” OKC removed photos from everyone’s account for seven hours.

The findings? While usage plummeted, responses to initial messages skyrocketed and conversations “went deeper.” Rudder concluded that “in short, OkCupid worked better.” Minus the, you know, plunging usage, we might agree given that surveys revealed women who went on dates with dudes they’d been in touch with during the no-photo period reported having a good time, regardless of their comparative attractiveness with their matches.

But what happened when photos went back up? 2,200 conversations promptly ended. Score one for superficiality.

Again, this experiment is pretty benign. It involved reviving an older feature of OKC wherein users could rate each other both on looks and personality—compared with now, when users can only rate on the attractiveness metric. Rudder: “Our thinking was that a person might not be classically gorgeous or handsome but could still be cool, and we wanted to recognize that.”

Why, then, did OKC return to rating on attractiveness only? Because this experiment revealed that users essentially ranked “looks” and “personality” . . . the same. Rudder's summation: “So, your picture is worth that fabled thousand words, but your actual words are worth . . . almost nothing.” Wow. Thanks dude.

Here’s where things get dicey. In the blog, the experiment is titled “The Power of Suggestion,” though we think “The Power to Ef Up Your Love Life Before It Even Gets Off the Ground” might be more fitting. Why? Because OKC lied to users about their compatibility scores and then measured how everything shook out.

For users who were told they were 90% matches per the site's algorithm, when in fact they were only 30% compatible, OkLiar then found, not-so-surprisingly, that these users were more likely to send messages to each other than if their real ratings were revealed. I mean, really? This is groundbreaking psychology? The users thought they’d found their soulmates (or at least someone to share four beers with) when in fact, they’d come across just some utterly incompatible rando.

These users were also likelier to keep talking once contact had been established than if their true scores were known. Rudder’s two cents: “When we tell people they are a good match, they act as if they are.”

So does OKC even work? Well, yes. The experiment showed that the best-case scenario where users communicate the most is when people are informed of a high-level of compatibility per the OKC algorithm—and OKC is being honest about it.

Don’t like that OKC has been experimenting on its users? Well, Rudder has some major truthbombs for you:

We noticed recently that people didn’t like it when Facebook “experimented” with their news feed. Even the FTC is getting involved. But guess what, everybody: if you use the Internet, you’re the subject of hundreds of experiments at any given time, on every site. That’s how websites work.

Thanks for the heads up, brah. Ooh, maybe you didn't get that kindergarten memo re: multiple wrongs don't make a right?

Can't we all agree that navigating digital love (or otherwise) is hard enough without being given misinformation on matches—especially after people have taken the time to piece together a profile and perhaps popped a few benzos to get up the nerve to put themselves out there?

The divorce rate is 50% in this country, OKC. We really don't need your weird lies.