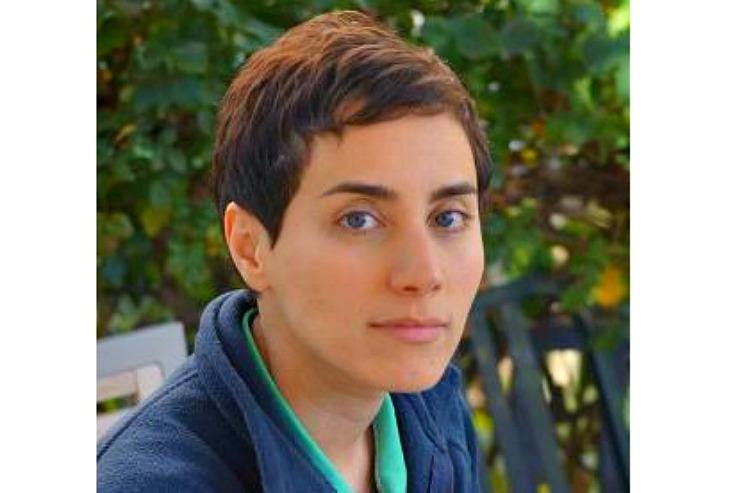 Math’s highest prize is the Fields Medal—an honor coveted by by all (ha!) but awarded only once every four years to up to four scholars under the age of 40. Since its inception in 1936, the medal has recognized the twisted genius of the discipline’s most out-of-this-world thinkers. It’s also always been a totally male-studded affair—until this year.

Thirty-seven-year-old Stanford professor Maryam Mirzakhani is officially the first woman to win. Moreover, she’s from Iran—which should stand as proof to certain Muslim men the world over that women can, in fact, think. She overcame gender expectations and her country’s chaotic and repressive backdrop to achieve some of the most impressive contributions to her field in recent years.

Mirzakhani won over the Fields Committee with her work on geometry and “dynamics”—which is apparently one of the newest fields of math, dealing with the theory of motion and change over time. OK, sure. She specifically has created new techniques for studying “moduli space,” described as a universe in which every point is itself a universe. Right.

One of the Fields medallist officials remarked that Mirzakhani is “very, very well known in Iran, where she is held out as an example for younger students.” But surprisingly, Mirzakhani didn’t gravitate toward math in her younger years in Tehran, in part because—as is so often the case with girls in science and math classes—she perceived from others that she wasn’t talented.

While she read voraciously and watched television biographies of famous women like Marie Curie and Helen Keller amid Iran’s society crackdown during its long war with Iraq in the 1980s, she lost her interest in math when a math teacher undermined her confidence. She later mused that at that age “it’s so important what others see in you.” Luckily, she later had an encouraging teacher who restored her faith in her abilities, and she became something of a math star at her school from that point on.

She first attracted international attention in high school, when she was the first student from Iran to achieve a perfect score in the International Mathematics Olympiad—an annual competition that poses six torturous math problems to top students of about 100 countries. She ultimately earned her doctorate in math at Harvard in 2004, where she displayed an impressive vision for generating research—a talent that doesn’t necessarily go hand in hand with general math aptitude.

Many mathematicians express Mirzakhani’s achievements glowingly: One University of Chicago professor called her work “truly spectacular,” and another said one of her recent contributions about the previously-mentioned infinite billiard tables is “probably the theorem of the decade” in her field.

Despite her accomplishments, the scholar is reportedly humble—like all good celebrities—saying that when she received the email about her win from the International Congress of Mathematicians, she assumed her email had been hacked.

But once she accepted the idea that she had, in fact, won, she issued a statement saying, "This is a great honor. I will be happy if it encourages young female scientists and mathematicians. I am sure there will be many more women winning this kind of award in coming years."

We sure hope so, too.