Is Taylor Swift Gay? It's None of Our Business 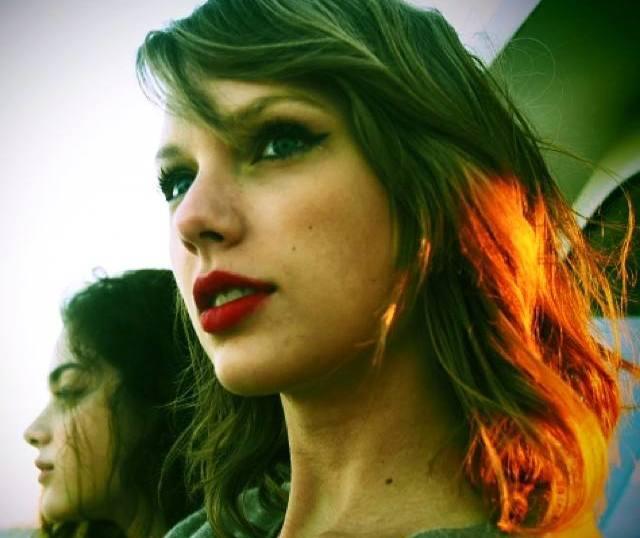 Let me get through this stupid gossipy story quickly so we can explore the real issues, yes? Recently, The Daily Mail posted an article about Taylor Swift and a possible romance with Victoria's Secret model Karlie Kloss. Apparently, these ladies live together. And the word "soul mate" was dropped.

Then . . . the post mysteriously disappeared! A spokesperson claims that they were asked to remove it without an explanation, so they obliged. Meanwhile, Gawker is agog to hear the clearly life altering truth.

First of all, sexuality is extremely personal. Even if you are "traditional" in every sense, I'd bet my entire bank account that you've done or said things in the private sphere of the bedroom that you wouldn't share with the general public. Remember: The "general public" includes virtually everyone you've ever known. Yes, I agree that celebrities must sacrifice a certain amount of privacy in order to be famous. But why must their sexuality be addressed?

One glaring issue is that forcing celebs to "out" or "not out" themselves puts them in an awkward position. Taking the TSwift example, let's say the ladies truly are 100% platonic friends. If they feverishly deny all romantic allegations, they may inadvertently say something to isolate their LGBTQ fans. On the flipside, if the duo is doing more than braiding each other's hair at night, they may anger loved ones for not "coming out" to them first. Cue grandma outrage.

It can be nearly impossible for a celebrity to handle this issue quote-unquote "correctly." Actor Sean Hayes is most famous for his role as Jack on the long-running (and awesome) TV series Will and Grace. Hayes was absolutely hilarious as Jack, but let's face it: Jack was a caricature of a gay stereotype. While the show was running, Hayes kept silent on the subject of his sexuality. He didn't want to be typecasted, as he feared it could limit his career. This is understandable: Support for homosexuality was far less robust then than it is now, and Hayes was in his mid 20s when the show began. Who's to dictate how he should handle his career?

Hayes ended up "coming out" (I hate this term, but it's what we've got) in 2010 after the series ended. Three years later, he confessed to Huffington Post that he feared he did the LGBTQ world a disservice by keeping mum. He wrote:

I didn't want the responsibility, I didn't know how to handle the responsibility of speaking for the gay community. I always felt like I owed them a huge apology for coming out too late. Some people in the gay community were very upset with me for not coming out on their terms. They don't stop to think about what's going on in somebody's personal life, and the struggles that they're having. It was all very scary. We got death threats. It was a really rough time for me, but I was also having the time of my life.

Key phrase here: "They didn't stop to think about what's going on in somebody's personal life." Desiring an advocate is fine, but was it really fair to pressure and threaten Hayes into something he simply wasn't ready for personally at that time?

TSwift and Kloss don't owe us an explanation. Hayes doesn't owe us an apology. We the audience owe celebs the same respect due any stranger trying to navigate through life.

Next piece of gossip, please.