Should Women Really Be "Flattered" by Catcalls? 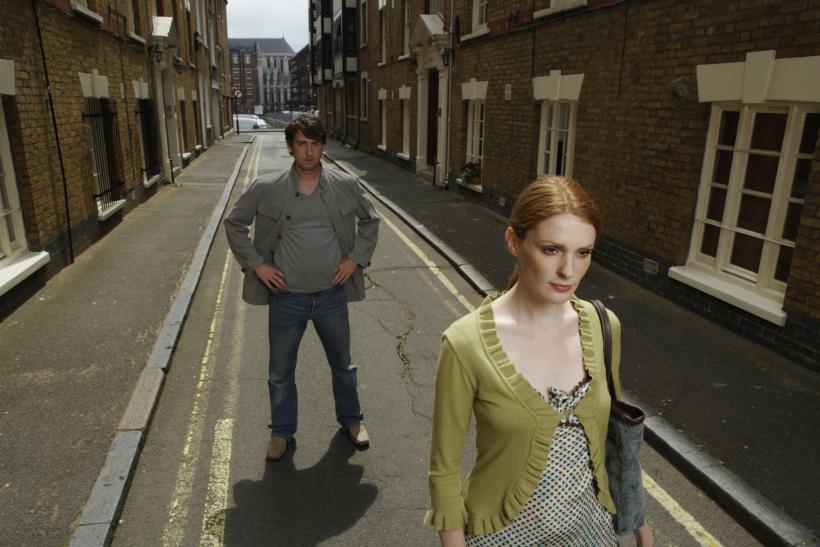 Thousands of angry vaginas took to the New York Post yesterday when writer Doree Lewak wrote an article titled "Hey, ladies—catcalls are flattering! Deal with it"—myself included. How dare this awful woman write such blathering bullshit? She is everything wrong with this world, and I'm booking a one-way ticket to New York City to give that . . .

Except, Lewak was right about something. She likes it. Sure, it's wrong to assume women "should" like street harassment. At the same time, it's also incorrect to assume that all women should like Ryan Gosling. Or men in general. Or anything in general.

I won't pretend that I can speak for all women, but this is how I personally see it: I can't control who I excite sexually. If I could, I would turn "sexiness" into a button that I could press on and off. Walking to the bus stop? Power OFF. Planning a special night with my beau? Power ON. Funeral? OFF OFF OFF.

Sexuality is a private part of ourselves. We don't whip out our clits during show and tell, and job interviewers don't ask us to describe our fetishes. For the most part, we can keep anything we desire behind closed doors. Except, of course, our appearances. I'm more than aware that my image resides in spank banks of people I don't like (or know). Similarly, mine contains men that probably don't care for me either. (Or have no idea I carry a torch for them.) As a civilization we all accept this conundrum, but we don't need a reminder that a pivotal part of our private self is playing the starring role in someone else's fantasy sans our consent.

Breasts are by and large hyper-sexualized across the board in our culture, so I'll use them as an example. When a stranger on the street yells something about mine (which are, apparently, big. Not that I'd know or anything, they're only attached to my body) and the activities he'd like to enjoy with them, it's a reminder that I can't control all aspects of my sexuality. In the eyes of many, I will never be me; rather, I'm just a pair of tits bouncing across San Francisco. I know what my boobs look like. The men with whom I've shared sexual encounters also know. Showing them—be he a FWB, a flingy one time thing, a serious boyfriend or whatever—takes a certain degree of vulnerability that I choose to share. Though I tend to cover my décolletage, I can't pretend that my chest is small. And believe me, I have tried.

I can't hide their rebellious bounce (don't even try to suggest a special bra for me—I've tried them all), nor can I control who they attract. At the very least, I can decide who gets to free them from their lacy chambers. When a stranger shouts some twisted praise of my boobs, I feel that a certain vulnerability has been exploited. I didn't give him (or her) permission to scrutinize my them and I don't want this person to have a sexually charged opinion of my boobs. Furthermore, it is unnecessary to pound the notion into my head that the imaginations of others have free reign over the parts of myself I consider private.

There are folks, however, who clearly feel differently than I do. Porn stars, exhibitionists and other women in general are more-than-free to disagree. The point is, formulating an opinion about such matters is a personal choice. Street harassers violate my personal code by making assumptions that I enjoy their torment. If Lewak desires this attention, that's fucking weird (in my opinion) but acceptable. She seeks that. I do not. Most other women would agree. That being said, I know I like things in the bedroom that other women do not. I also like to drink salsa. The difference is generalizing.

When we assume all people in a given demographic like the same thing (in this case, women), we are doing everyone a disservice. When said group suffers a history of oppression, it gives misguided (though possibly well meaning) folks more instruments for maltreatment. How many young men read that article and walked away thinking that the catcalling behavior described was A-OK for all women in ladyland?

I wish Lewak's article had never been published. I wish we lived in a world where I could truly say that I felt comfortable raising a daughter. Until then, I'll deal with my daily torture from strangers, with the knowledge that at least one person would prefer to be in my shoes.