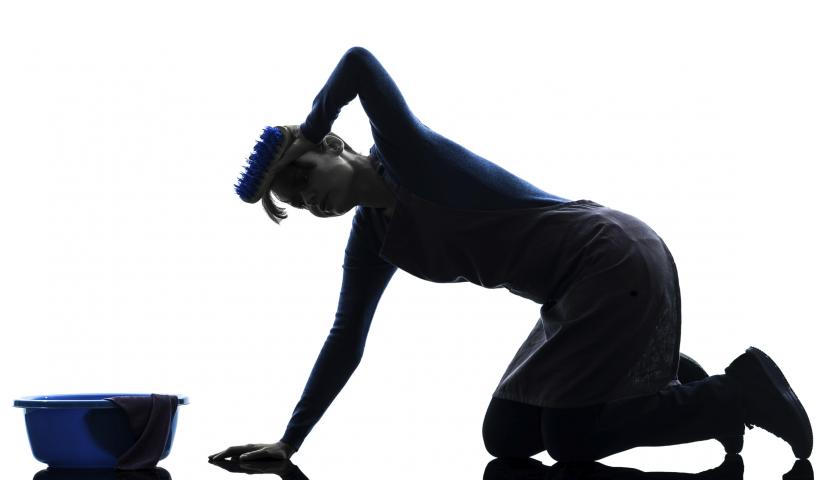 Productions like Downton Abbey and The Help illustrate the pivotal—and complicated—role that full-time servants played for elite families of the past. For many years, limitations in job opportunities for women led a shockingly high number of those in the workforce to work as domestic servants: In 1900 in Great Britain, about one third of working women were maids, and in 1940 under segregation in the American south, about 60% of southern black women who worked were in this profession. Not surprisingly, the lack of job choices also led to poor treatment and low pay by their employers; for the many servants who actually lived in the houses they tended to, room and board alone constituted the primary compensation. It wasn't pretty.

But the picture now is very different, and somewhat better for workers. Here are three key factors in the evolution:

In 1935, 60% of non-impoverished southern white families in cities had a full-time domestic servant, compared with close to 20% of those in the north. Now? The number of Americans who hire cleaners is way down: Only 12% regularly used cleaners in 2008. And virtually everyone who hires help, only does so for a few hours every week or month.

Along with reduced usage, gone too—indeed there are some things to be thankful for—is the tendency to treat maids as beings somewhere between quasi-family members and wayward pets. In fact many employers aren’t even around when the cleaners of today do their spic n’ span routine—in part due to women’s increasing participation throughout the workforce.

You might assume reduced demand for cleaners leads to worse outcomes for these workers—but it doesn’t appear so. Besides avoiding the old-fashioned scheme of employment by just one family, cleaners today actually earn far more than in the past (though they remain close to the bottom of incomes) principally due to . . . technology! Yes, domestic companies’ laser-like focus on time-saving cooking and cleaning devices may have started as a bid to garner money from the throngs of mid-century housewives suddenly at home after World War II, but the phenomenon had the additional effect of making the cleaning process generally faster.

And while it took longer for Great Britain to give up the deeply ingrained practice of full-time servants in place of technological advances, Americans seemed to have little problem snapping up the latest gadget for washing clothes or heating food. So as full-time help fell out of favor, cleaners could be more productive—able to make fast cash before moving on to other houses or businesses in a given day; as women are no longer confined to domestic jobs, this also means those who do work in that sector are often in high demand.

Whereas most maids in the past were predominantly either white or black, today approximately 44% of cleaners are Hispanic, and about 27% of all maids are estimated to be illegal immigrants. Similar to limitations face by black women in the past, lack of English fluency can limit prospects for other jobs among Hispanic women. But as American-born generations develop fluency, they, like immigrant forebears of generations past, have greater mobility in the workforce.

Sadly, while cleaning is a job that undeniably makes the world go round—given our self-flagellating American work ethic and general tendency toward entropy—it remains poorly compensated. Current trends do put cleaners in a position of greater autonomy and higher earnings in the past, so here's hoping this trajectory continues.