Watch: Every Mumford & Sons Song Ever . . . In Just Over One Minute 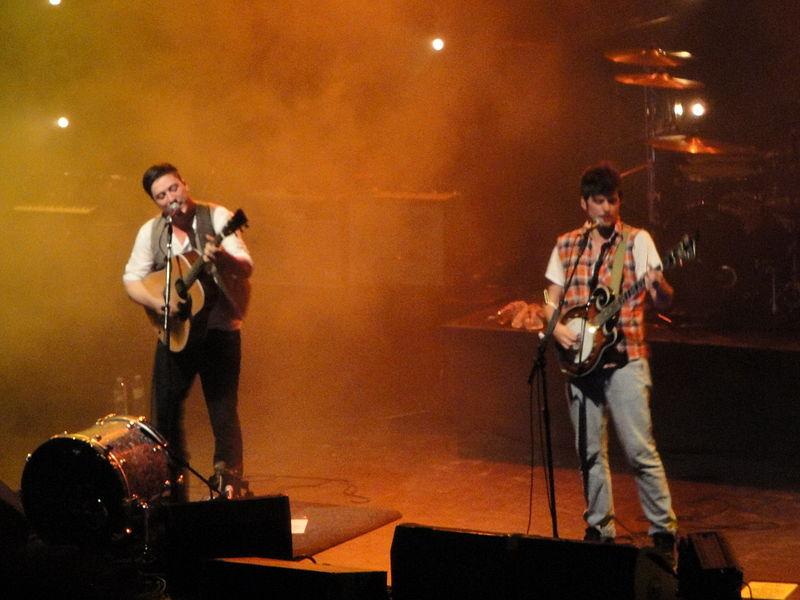 Like millions of other bleeding hearts the world over, I love me some Mumford & Sons. The gentle strumming. The lilting crooning. The painfully raw aching. Oh, so much aching! During a recent live performance at Berkeley's Greek Theater, I think I relived every past break-up hundreds of times over, dying and regenerating inside on repeat. It was like a two-hour therapy session accompanied by a killer lights show.

And yet, as big a fan as I am, I must admit the band's tunes can sometimes sound, well, exactly the damn same. You know the drill: The song kicks off with a sweet and hushed refrain over a rhythmic strum, followed by a chorus that builds each time in intensity until the climax becomes a throbbing wail of raw agony. Don't believe me? Watch this video featuring one man singing a single song that sounds like every Mumford & Sons tune ever written.

The only difference between his rendition and the real band? Mumford & Sons does not sing about "you and boob." We don't think. (Bonus points for the folk-tastic American flag shirt.)

If you like this article, please share it! Your clicks keep us alive!
Tags
Mumford & Sons
one man
cover
every song
parody
video
watch