How I'm Raising My Sons To Be Feminist 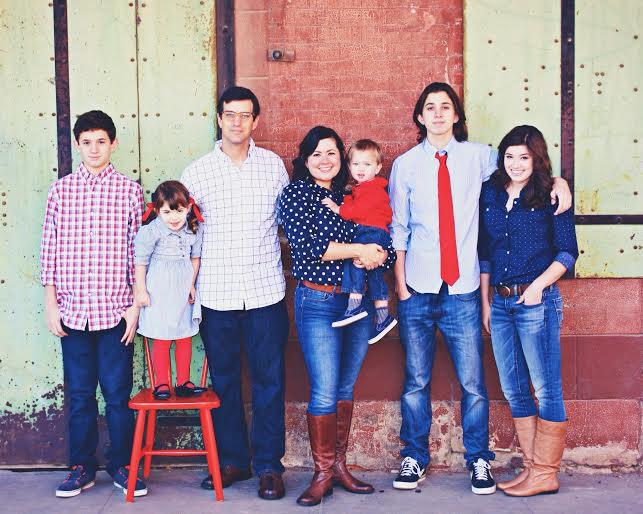 Me and my brood, proto-feminist sons included

I wasn't raised by a proclaimed feminist, and my family never discussed feminism. In truth, we didn't discuss much.

My vision of female or intersectional empowerment was watching my mother barely survive a series of completely disastrous relationships, jumping from marriage to marriage and bed to bed, consistently dependent on a man for love, shelter, self-worth. My dad taught me to change the oil in my car—and that's where his feminism started and ended. So I sort of raised myself in many ways. Thus I came to feminism of my own accord, and found my voice out of frustration.

The generation of kids we're raising need feminist men and women more than ever. And not just "oh, men and women are equal" feminists, but feminists who will insist that gender equality means everyone is equally treated and equally yoked. Feminist men who will stand up to the men who aren't and say, "No. That's not OK." Allies to the cause.

This isn't just me being all "hey you kids, get off my lawn." Misogyny is pervasive. The one-click accessibility of pornography is a phenomenon we still don't know the far reaching effects of. Sex sells hamburgers. And booze. And jeans. Girls are wearing less and less because skin is becoming more and more. And my kids are living it all. 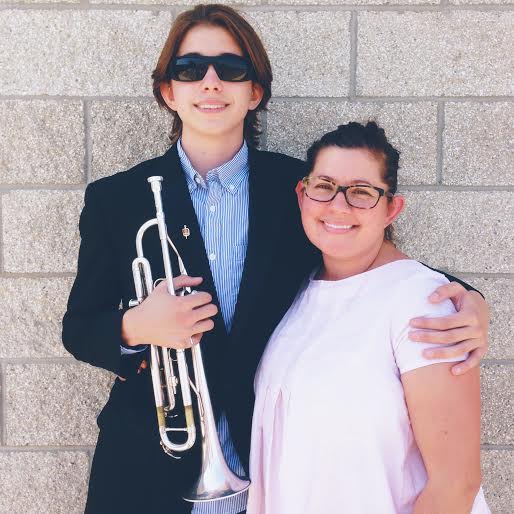 My oldest boys are 14 and 16 and in the day-to-day hustle of school and band and dirty clothes and orthodontist appointments, I haven't given much active thought to raising feminist boys. So when I sat down to write this piece I decided to ask my teenage sons to define feminism. Check in. See how we're doing.

They both defined feminism as "gender equality."

Oh thank god they didn't say "I don't know." My work here is done. Joni. Out.

I ended up with three boys. Of course.

When my big boys were still little boys clacking around the house in my high heels and their big sister's princess panties, the more conservative dads in the neighborhood decided maybe they didn't want their boys around mine. Weird. I didn't really think about what I was doing except that I wanted to do better than my parents. I wanted to let my kids express themselves, their interests and desires and sexuality, in any way they wanted. If that meant princess panties, then so be it.

We always kept an assortment of toys around, mostly out of necessity. Having girls and boys means having dolls and hot wheels and everyone playing with both. It was never a thing.

But now, as my boys approach adulthood and start relationships of their own with women outside our house, I'm more keenly aware of what they learn both here and outside these walls. And sadly, it's not as simple as letting them choose the pink shirt over the blue one.

How are we (hopefully) dismantling misogyny one teenage boy at a time?

Polarizing language is a no. "No" words include, but are not limited to: Gay. Faggot. Pussy. Sissy. 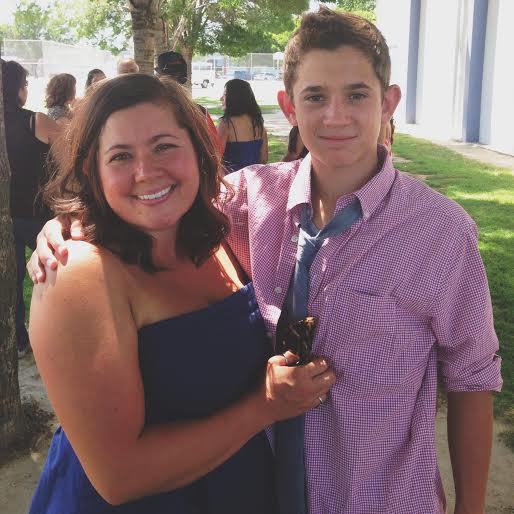 No. Nope. We don't use them and we call the kids out when they do. This isn't a "put a quarter in the swear jar" situation. This is, to use the overused term, a teachable moment. Want to say shit, damn, even f$@&? Go ahead. But don't you call anything gay. Do. Not.

Also in the language category . . . how do we talk about others? Objectifying women is such a part of our culture, it's a hard one to combat. We try to avoid discussing conventional beauty. We don't give a lot of space to size or weight except to say it's a reality. I am overweight. That is a facet of my being. Like baking soda is a facet of cake. A part of a larger recipe. My kids are all very thin. Again. Baking soda. But also, we are smart, funny, kind, generous. Beauty is at the bottom of the list of valuable qualities.

I'm not going to be able stop my kids from seeing women objectified. And since it's not possible, I'm not beating myself up trying. Women are naked everywhere. The best I can hope for is that I can undo the litany of images they are bombarded with outside the house by modeling normal bodies and normal eating behavior. We discuss what real people look like, with real bodies that aren't edited for print. Wrinkled. Spotty. Saggy. Imperfect. Breasts that aren't plastic. Faces that aren't completely slathered in makeup. My 10-year-old son was at my side during the birth of his sister. He saw me naked! Giving birth! To a baby! From my vagina!

I also walk around at least partly nude. I'm not thin. I'm stretch-marked. I have varicose veins. Things have moved . . . south. And it's fine, even good, for my kids, all of them, to see that. Our bodies are amazing, powerful, capable. Not only pretty.

Just because a female body exists in a space does not mean that it exists implicitly for your use. Do my boys fantasize about the female form? Is the sky blue? Still, I make it clear this does not excuse treating a woman as the sum of her parts.

Everyone gets hugs and kisses. We display loving, non-aggressive behavior. I don't stop my boys from playing first-person shooter games, despite the fact that I know it may foster aggression. I simply accept this as a small part of their leisure activities.

It's not that the testosterone isn't in plentiful supply. There is plenty. It's like Niagara Falls of testosterone over here. But I make it clear male hormones aren't an excuse for poor behavior.

When my oldest son was 14 and in the throes of puberty, we had a disagreement and he came at me yelling, punched his desk, kicked the wall. I sadly didn’t keep my cool and instead yelled back. This wasn’t the most constructive choice on my part, but it opened the door for a conversation about how to handle the overwhelming hormonally-driven emotions that are part of growing up (and part of being a mom of someone who is growing up). As I told him then, being a man doesn't mean using your “manhood” to dominate or incite fear in others.

In the end, I don't have a magic formula for how to raise sons to respect women, and I know we aren't solving any world problems when we try. I can only hope that we are planting the seeds which grow into the movement that will.

If you like this article, please share it! Your clicks keep us alive!
Tags
parenting
sons
feminism
feminist
respectful of women
tips
advice
raising sons
family