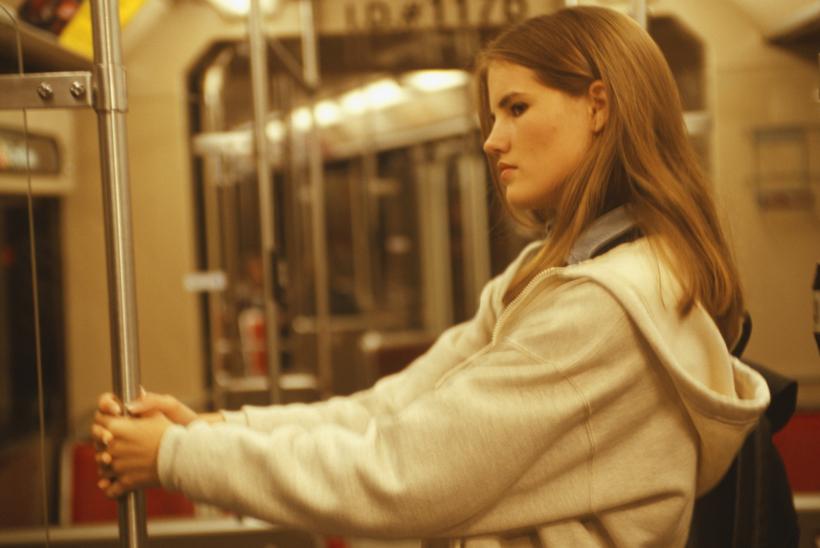 Ladies, dry your tears. No longer must you spend your lonely nights swiping left on Tinder (for the 374th time) or squander another night with some schmo you met at a dumb bar or something equally unsavory.

According to the NY Post, there is a man in New York City who believes he’s like, a straight-up slayer when it comes to scoring digits from ladies on the subway. Brian Robinson, who the NY Post lovingly refers to as a “subterranean seducer” (screaming internally) has this so handled, in fact, that he’s allegedly gone on dates with 500 women from the subway. Robinson isn’t particularly good-looking, nor does he seem super employed right now, but he has a very detailed method, a “gift” that’s been working for him since 1999. (Although if we do some math that works out to about one date every other week, which just isn't that impressive. Our own resident sex+love writer Giana more than eclipses that.)

But in case your interest is still piqued, here’s how he works his magic on the female mind:

“I would always say, ‘Is this local or express?’ and then say, ‘I hear an accent: Where are you from?’ [...] “No matter what place she says, say, ‘Wow, I’ve always wanted to visit your country/city, etc[...] “I have to get off at the next stop and would love to continue this conversation. Can I get your e-mail address?”

Oh, sorry. Are you still here? I just came back up from vomiting profusely at everything in that paragraph because it so so so so so so so gross and it’s bringing back long-suppressed memories of similar dudes I’ve encountered who refused to step off. Jesus H, can't I just live? In short: Robinson won’t take “no” for an answer and will do his best to coerce any who cross his path into giving up their email address. Robinson is that guy. Who won’t. Back. Off. Also, email?!

In a conversation with the NY Post, Robinson elaborated on the glorious details of his proven methods:

During the Post’s ride-along with Robertson, a handful of women reportedly gave him their numbers, but he’s also reportedly been threatened with mace. God help this ass-cheese should he ever cross my path, if I were to be armed with mace. (Note to self: get mace.)  I’m surprised he hasn’t been super-punched Mortal Kombat style yet.

Unwanted, guilt-trippy, can’t-take-rejection chit-chat from guys like Robinson isn’t something women can always readily avoid, but if you’ve encountered a public transport weirdo and can’t get away, there are some proven (by me) ways to shut that shit down:

May your public transport journeys be safe and free from unwanted picker-uppers. But seriously, when in doubt, hit ‘em with the SCUM.

If you like this article, please share it! Your clicks keep us alive!
Tags
railway romeo
NY Post
Brian Robinson
sexual harassment
dating
how to ask women out
New York subway