The Enduring Myth that 'Lady-Like' Means You Can't Do Humor 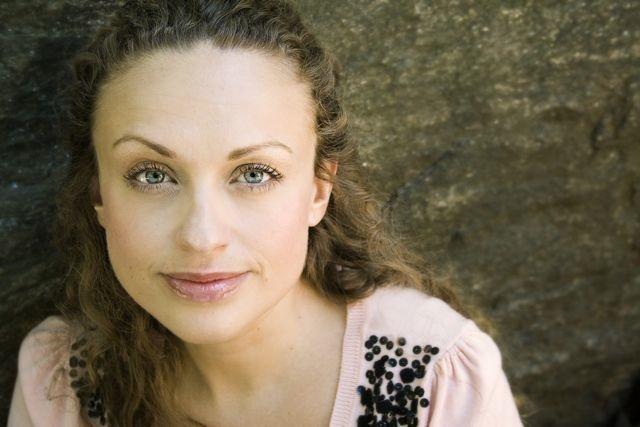 This is a guest post by Leah Bonnema for a special Ravishly series exploring the gender gap in comedy. Read our editorial take on the issue here, and stories from six other female comedians here.

Bonnema has been featured on AXS TV’s Gotham Comedy Live, VH1 and in the Huffington Post as one of their "Favorite Female Comedians." She has performed at numerous festivals, is a writer and actor for Lady Parts Justice, is a regular on Riotcast Radio’s "The Hole," and produces a weekly segment for United Stations. She has had the honor of performing for the troops in Iraq, toured throughout the Middle East and performed for the US Marines at the famed Friar’s Club. Triple J Magazine recently featured Leah as one of the "Funniest People You Should Know About" and The New York Times called her “a promising favorite.” For more information, check out LeahBonnema.com and subscribe to youtube.com/LeahBonnema.

By responding to "are men funnier than women" I feel I've agreed that the question itself seems somehow reasonable, which I in fact do not. I believe the real question is: Why are we asking? I think at the very heart of this issue is that what we've culturally deemed to be "feminine" is at odds with how funny works. It is a set-up.

On a show featuring eight comics, typically seven of them will be male. This isn't because there's only one female available, but because that's the girl spot. Women are still seen as a niche. Comic equals male. Female comic is a deviation from the standard. So audiences get less of an array of different female types and points of views coming from women. But comedy is not The Highlander; there can be more than one.

Women are often raised to be people pleasers. To make sure everyone around them is comfortable. To avoid conversations or opinions that might seem rude to others. Being funny depends on presenting a perspective, regardless of whom it offends. It also often means laying out ones flaws for the whole world to see. It means letting everyone know just how perfectly unpleasing you really are.

To be funny is to be foolish, to try new things and often fail, publicly. These qualities aren't on the lady-like behaviors list, but they are on the path to funny. I think women aren't raised to deal with rejection (and I know that because I wrote "I think" at the beginning of this sentence instead of just making it a statement), but being in comedy means getting rejected, a lot.

It seems harder for women to say "I am funny" because it sounds self-important, another big no-no on the list of lady-like qualities. Although I'm absolutely sure my male colleagues feel bad when they bomb onstage or get hateful comments on social media, I'm not sure it hits them as hard on the "what's wrong with me" scale. I often hear my male comic friends say "what's wrong with them, I'm funny"—a stance I think one must sometimes take to carry on.

Women are criticized when they seem aggressive, too loud, overly sexual, not sexual enough, penalized for stepping outside the feminine demure box. I don't believe male comics get attacked in the same manner because they're allowed culturally to make strong choices, whereas women, culturally, are supposed to wait to get chosen. How boring and unfunny is that?!

AND of course there's the pretty problem: How women look always factors in. AND, that women have said to me "I don't like women, but you're funny . . . " AND, that the industry only seems to recognize certain types of females as being acceptably funny.

Women have to jump over, go around and push through all these hurdles (and no one likes a woman who hurdles to begin with), and then we wonder why less women are on the track. Trip over roadblocks. Bruise some shins. Fall on barricades. Come in last a few times. Then get back up onstage anyway. Funny is funny, whether you have tits or not.

If you like this article, please share it! Your clicks keep us alive!
Tags
leah bonnema
women
comedy
men
gender
Gender Gap
sexism