Some Like it Hot and Mrs. Doubtfire Prove Women Are More Hilarious Than Men 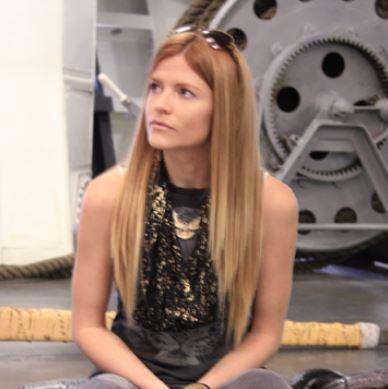 This is a guest post by Eireann Dolan for a special Ravishly series exploring the gender gap in comedy. Read our editorial take on the issue here, and stories from six other female comedians here.

Dolan is a self-described "speechwriter, pizza reheater, dog petter, bat flipper and Taco Bell napkin waster." She is based in San Francisco.

Are men funnier than women? Ever since I was a little girl, that question has plagued me. Was my brother TJ really funnier than I was?

Why did our friends think it was funny when TJ danced in our Irish dance recitals, but not when I did?

Was he funnier, or did people just like TJ more? Neither. It was actually sexism.

To answer that question, let's look at two of my favorite comedies: Some Like it Hot and Mrs. Doubtfire.

Some Like it Hot: This is a 1959 comedy classic. Jack Lemmon and Tony Curtis's characters, Joe and Jerry, are on the run from the mob after witnessing a mass murder. These two men are painfully unfunny. They are just two bumbling fools. After their dangerous mob mishap, all they seem to care about is protecting themselves. Nothing funny about that.

Later, we meet Josephine and Daphne. These two deep-voiced divas are new members of an all-women traveling band called Sweet Sue and her Society Syncopators. I'm already laughing. Mostly because I love alliteration. Josephine and Daphne get into some very funny misunderstandings, but you really get the sense that they have good heads sitting atop those beautiful broad shoulders.

Verdict: Josephine and Daphne are funnier than Joe and Jerry.

Mrs. Doubtfire: This is a 1993 children's comedy about how much of a bitch Sally Field is. In the beginning of the film, we are introduced to divorced father of three, Daniel Hillard. He can't keep a job, he doesn't have a stable residence. And even his kids prefer the company of their new nanny, Mrs. Doubtfire.

Mrs. Doubtfire is a fun, elderly (yet energetic!) English woman. She doesn't let her pantyhose, dress, hairy legs, and propensity for standing while urinating stop her from playing soccer with the kids. And in the pivotal restaurant scene at the end of the film, she even assaulted Sally Field's character's new boyfriend after he ate the last piece of shrimp! Her methods might be unorthodox, but the kids really love her.

So please, don't ask me if men are funnier than women. Why don't you ask Josephine and Daphne. Or ask Mrs. Euphegenia Doubtfire. Ask Tootsie, To Wong Foo: Thanks for Everything, Julie Newmar, or Tyler Perry's Madea.

I think they'll all agree with me; Women are funnier than men.

If you like this article, please share it! Your clicks keep us alive!
Tags
men
women
gender
comedy
humor
Gender Gap
mrs. doubtfire
some like it hot
eireann dolan

Some Like it Hot and Mrs. Doubtfire Prove Women Are More Hilarious Than Men
Eireann Dolan