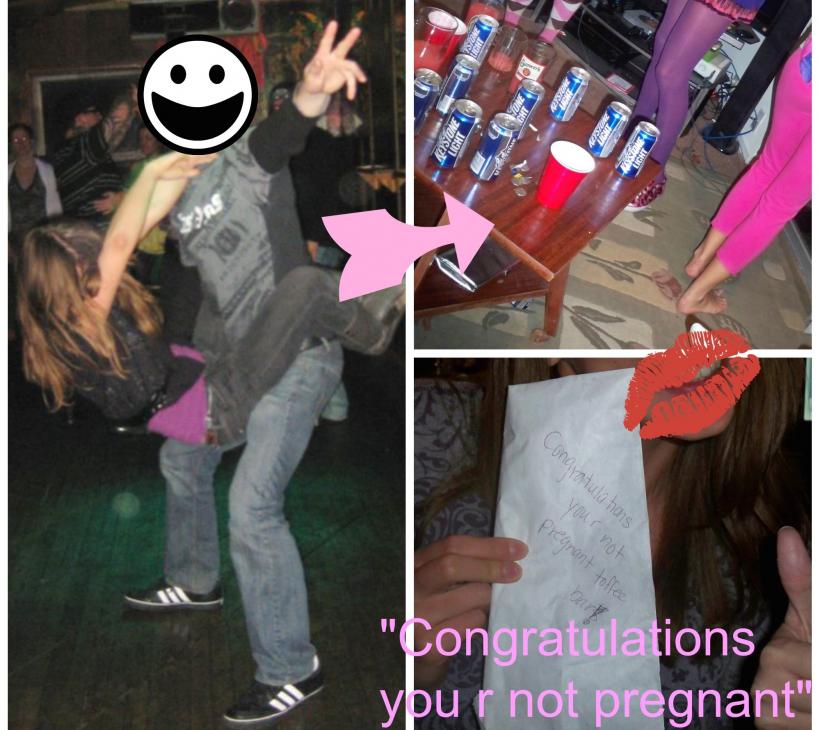 Like the films of yore, our former understanding of alcoholism was black and white: one either was, or wasn’t, an alcoholic. But like Dorothy stepping out of her ravaged home and into Oz, experts now see alcoholism in all sorts of shades, colors and textures. Hooray?

Among those iridescent pixels, you’ll find my relationship with that vile and beloved elixir: behold my “almost alcoholism.” All this means, to me, is that I have a tendency to chronically abuse alcohol, without falling into that zone of alcoholism which renders you unable to function in your day to day life. Blacking out (and saying hilarious stuff) was once de rigeur for me. Attending a social function sans alcohol (OMG, where is it??) was occasionally uncomfortable.

Although—obviously—I preferred to think of myself as the fun/quirky party girl.

Take another shot? Make it TWO!

Another beer? Why, aren’t you a kind hostess!

Actually, I bet many people are “almost alcoholics.” We may not stay buzzed for days at a time, but we may exceed our personal drinking limits too frequently. For me, it happened at parties. Because of my low weight, I can’t match even, IDK, a 15-year-old trying to be “cool” drink for drink. “Keeping up” with my fellow party-goers isn’t me being social: it’s going way too far. But eventually, I got in the habit of exceeding even this limit.

Yet, hiding my intoxication level was especially easy for me. I learned an odd way of overcompensating while thoroughly sloshed. I, apparently, I resorted to overly articulate speech, conducted in-depth conversations about politics and before going to bed, I’d often fold my clothes and put on clean pajamas. A few times, I even cooked on the stove. Friends were always saying to me, “I don’t think you were that drunk.” But I was.

You know what? Even if the problem with alcohol is arguably small, and, "not really an issue," I think it’s still worth exploring. Doing questionable—if funny—shit starts to adds up.

I used to play a game called “Where Am I?” As I’d open my eyes to greet the dawn of a new day, I’d skim the room with heavy lids to collect clues as to my location. Usually, I’d see the dwellings of a good friend.

Then came the next challenge: how did I get here?

More often than not, this was the easier part of the game. Oh, I was really drunk? *Anna invited me to stay at her apartment because it’s close to the bar? Cool. *Jack set up a bed for me on his couch? Nice.

I only started worrying when I began having sex blacked out.

As I mentioned earlier, I successfully managed to trick friends into thinking I was merely a “cute” tipsy level of drunk on many occasions. And boy, did I fool men too. Meet Part II of my drunk persona: the minxy demon. At a friend’s 20th birthday party, I walked up to my ex boyfriend (knowing he still had feelings for me) wearing nothing but an empire waisted top and a thong (I mean, that's practically a dress—right?). I bit my lip and leaned in close to his face as if I were about to kiss him. Instead, I pulled away and said, “aww, you fell for it.”

We didn’t have sex, but I did coax him into making out with me all over a couch. Or so I was told. All I know is that my friends lectured me on being a terrible person the next day, and I drove over to his house to make a formal apology.

Four years later, I amplified my minxy demonic self to include utter disregard for safety—and not just my own. The morning of a good friend’s wedding, I woke up and played my usual, morning-time game. The bedroom was completely unfamiliar to me. It was cluttered, but not in the way a 20-something dude’s would be: the walls were decorated with wood cut-outs, quotes, and far too many knick knacks for my brain to process. The bedding looked like a Laura Ashley explosion.

Contrary to my initial fear, I hadn’t gone home with a middle aged woman. Instead, I had chosen *Jason—a flame from college that I had seen the previous night—as my accomplice. Jason was house-sitting. That would explain the decor. Yet, logic doesn’t always assuage freak outs.

I literally screamed at the poor guy and jumped out of bed, naked, to demand an explanation. While pacing the pastel room, I tried to collect myself. At that moment, my last memory was giving Jason a sip of my Brother Thelonious. Being naked around Jason wasn’t a big deal, but I didn’t like not knowing why I was. Like my other friends, he was shocked when I told him I blacked out.

“You don’t remember any of that?” Jason began. I didn’t. “Yes we had sex,” he continued.

That pissed me off. Jason was amazing in bed. I probably came, minimum, five times. Stupid alcohol.

“Alright. How did we get here?” I continued.

“You insisted that I drive your car,” Jason said.

I nearly exploded. I drove a manual that, desperately, needed a new clutch.

Jason got a bit defensive and mumbled something about “trying to sober up.” He continued.

“Thanks for the road head by the way. No one’s ever done that for me before.”

Then I completely lost it.

“Jason, you SHOULD NOT have been driving my car. FUCK! I shouldn’t be driving my car! My clutch is DONE and I ONLY drove my car this weekend because of the wedding! I fucking GAVE YOU ROAD HEAD WHILE YOU WERE DRIVING MY BROKEN CAR?!”

He was silent. Then, my final realization hit me: “Jason, I’m bringing someone else to this wedding and he took vacation time to accompany me. God, what THE FUCK is wrong with me?”

Jason didn’t have an answer for me. Why should he? It wasn’t his fault that I loved giving road head (don’t do it—it’s dangerous) and drove to a bar with a damaged car. Also, it wasn't his fault that I was being disrespectful to my date. Yeah, the man shouldn’t have been driving my car—but my influence harmed both of us. To compensate for the sex I couldn’t remember, we did it twice that morning.

But I still hadn’t learned my lesson.

Five months later, I woke up in an attic staring at creepy bust. This time, I was clothed and my tampon was still in. The man next to me? Didn’t know his name. Or remember meeting him. Good thing he was a nice person, five years my junior. Turns out, he had some influence (read: money and connections) that helped his young self get into open bar parties sans ID. Apparently, I told him that he was “so hot” and needed to go home with him. Um, okay.

It only took two months after that morning for me to make an active decision. This time when I played “Where Am I?,” I was on my best friend *Stacy’s couch. Except, she had some bad news for me. The previous night we had celebrated our other best friend *Cassidy’s birthday. Turns out, I had wedged myself between Cassidy and the man she liked. I then bumped and grinded—worthy of a teen at prom—all over him. Cassidy tried to join. I pushed her out of the way. Twice. Apparently, I laughed while I did it.

Cassidy didn’t speak to me for months. She felt betrayed. Previously, she admitted that she always felt “ugly” next to me. My actions didn’t help. I knew she liked him, and—for the life of me—I can’t explain or excuse my actions. I cried weekly. Cassidy and I had been friends since we were children. In the time we didn’t speak, I reflected on what I had been doing. Blowing Jason while he drove my repair-needing car could have killed us both. Going home with strange men could lead to countless atrocious situations. Being mean—however drunk—to close, old friend, was just, well, not okay. I asked friends for their opinion.

“Yeah, but you’re a fun drunk so it’s hard to know where to draw the line,” chimed Stacy.

“Sometimes I try to take your drink away, and you yell at me,” continued Victoria, with an awkward laugh.

“I think waking up and not remembering that you gave road head and had sex was a red flag,” Stacy finally said.

Listening to this sucked. It was a solid wakeup call though. Cassidy finally asked to meet me for coffee. While I drove to meet Cassidy, I reached a decision: I needed to cut back on drinking. Maybe my issue wasn’t big enough to categorize me as a true alcoholic, but my black outs had to stop.

It started small: I told Cassidy that me being blacked out wasn’t an excuse, and I vowed not to get drunk when I was with her and a man she liked. I simply couldn’t trust myself. After doing that, I got in the habit of reducing my alcohol intake. To my delight, it wasn’t difficult. In doing so, I gained back Cassidy’s trust and improved my health. To this day, I haven’t blacked out since the night of Cassidy’s birthday last January.

When I look at middle-aged alcoholics, I still feel frightened. Were their early 20’s similar to mine? Was I setting myself up for an unhealthy life? Could I still slip back into those habits? I shudder to think. These days when I do embarrassing things—like fall on my face ten feet from my apartment—I can only blame my own idiocy. Or motor skills.

And that feels pretty damn good.