Can You Really Fall In Love And Commit To Marriage Within 90 Days? 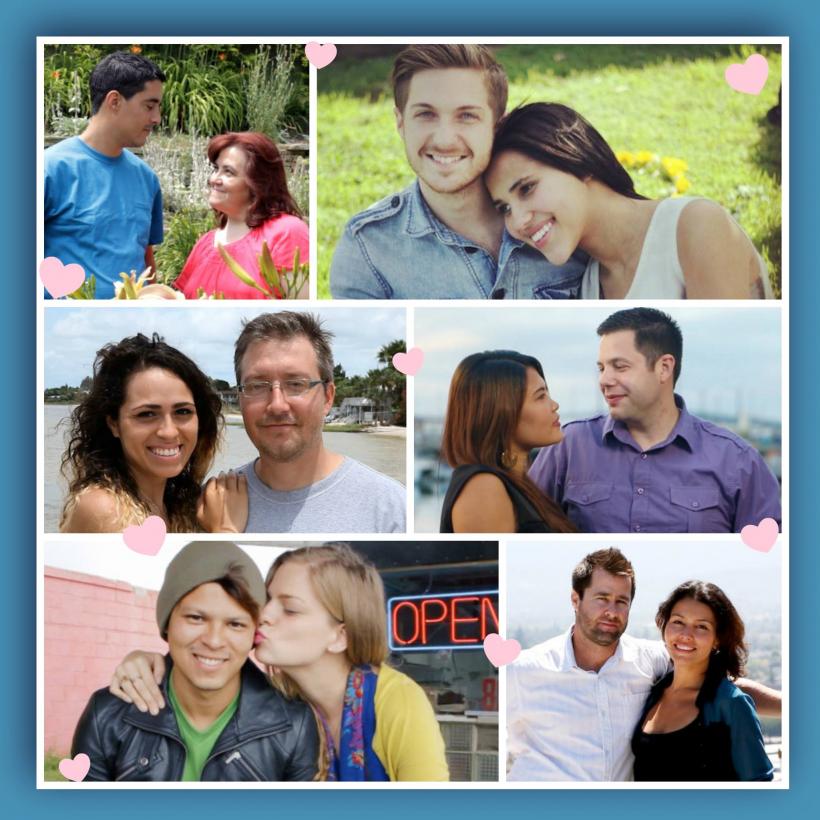 There are so. many. sex, love and relationship reality shows. Some are orchestrated exclusively for over-the-top escapism captured on the small screen (ahem, The Hills) while others are grounded in more real-world restraints—TLC's 90 Day Fiancé falls into the latter category. The title of the show refers to the duration of the K-1 Fiancé visa, which allows a fiancé of a U.S. citizen to stay in the country for a 90 day period, at the end of which, the couple either gets married . . . or the fiancé is forced to leave. According to TLC's website, the show:

"Offers a unique look into the world of international dating and matrimony.

Using a unique 90-day fiance visa, the K-1 visa, four women and two men will travel to the U.S. to live with their overseas partners for the first time. The couples must marry before their visas expire in 90 days, or the visiting partner will have to return home. They'll have to overcome language barriers, culture shock and skeptical friends and family—all with a clock that starts ticking the moment they step foot on U.S. soil.

The stakes are incredibly high as these couples are forced to make a life-altering decision: get married or send their international mate home."

But is a 90-day period long enough for anyone to decide if they want to marry someone—especially if they have been living apart from their partner? It seems like if you add the cultural and language barriers into the mix it can only be a recipe for an international disaster.

Recap Of The Current Couples On The Show

- Chelsea and Yamir: Chelsea is a girl from a small town in Illinois who is in love with Yamir. Yamir is a successful pop singer—basically the Justin Timberlake of Nicaragua. Despite their cultural differences, they do seem to really be in love. Their major challenge lies in cultural and language barriers.

- Danny and Amy: As with Chelsea and Yamir, these two are also madly in love. Danny lives in rural Pennsylvania and Amy is from South Africa. Because Danny and Amy (or at least Danny, there’s no official word from Amy) are virgins, Amy is crashing with Danny’s brother and his wife. Danny works a lot and Amy isn’t working at all, so aside from Danny, she really has . . . nothing going on. Another issue they face is Danny’s father wanting him to be with someone who is white.

- Brett and Daya: Brett is a single dad from Washington State who lives with female roommates old enough to be his mom. He is in love with Daya, who hails from the Philippines, but who is quite skeptical and critical of him. From saying she didn’t like the flowers Brett brought to the airport (who does that?) to questioning the authenticity of the diamond in her engagement ring (okay, seriously, WTF?) it’s hard to discern if Daya is 100% into this relationship for the long term.

- Danielle and Mohamed: By far the breakout couple of the season, Mohamed is a very good looking 26 year-old Muslim man from Tunisia and Danielle is a 46 year-old mother from Ohio who isn’t quite the hot, sexy, cougar/sugar mama, you’d imagine a man 20 years younger would be into. And indeed, this couple has no chemistry and absolutely nothing in common. Because he doesn't want to have sex until marriage, Mohamed and Danielle do not sleep in the same bed. And when asked about Danielle’s body, Mohamed said it was “acceptable” (that one adjective every woman out there yearns to hear . . .) Let’s hope such an answer, which is rather unacceptable, is due to some kind of language difference?

The Realty Of A K-1 Visa

TV aside, what is it really like to have a 90 Day Fiancé? To find out, I interviewed American Oliver* about his experiences with his Peruvian fiancé. He filled me in on how these things work—and why the show isn’t necessarily a good representation of people who use a K-1 Visa.

How did you meet your fiancé?

Through a marriage broker.* A friend talked her in to trying it. She went to the socials and liked the men she met. The coincidence was that her friend lives in my town.

(*Note: If you are wondering what a marriage broker is—as I was—it’s basically an international matchmaker.)

Do you know why your fiancé was interested in an American man in particular?

They consider American men to be more faithful. The stereotype is that Latin men are more likely to cheat.

Why were you interested in a Peruvian woman specifically?

[Peru has] the most college-educated girls who spoke English.

How often do you two get to see each other because it seems like on the show most of the couples have only met a few times for short periods?

We were not like those who meet and propose that week like you see on TV. We started dating in December, 2012. I proposed in August of 2014. We have met in person 14 times.

How else is your relationship different from those depicted on the show?

They are not accurate in what happens in my situation. My fiancé didn't care about the diamond in her ring. [Unlike Daya], she is oblivious to it being a $5K ring. A much smaller diamond would have been fine.

She does not ask me about financial matters. I was unemployed when I met her and she knew it. I didn't find a job until three months later.

I am also 9 years older than she is. She comes from an educated family—her dad was a professor her mom was is a teacher. My fiancé is beautiful and I am Joe average. (I saw a pic of the happy couple and he is so not “Joe average,” though she is certainly beautiful.) That does raise some questions.

What does your family think?

My family is very excited about her coming here. My mother's only concern is that we live like we are on vacation, when we are together we are in hotels. We don’t have to worry about cooking, cleaning or regular couples stuff. That and I admit to using a marriage broker.

How do you feel about the couples on the show?

I don't think that everyone on that show wants a green card or money, but some of them do—like Daya and Mohamed. Danielle is being set up for a big heartbreak by Mohamed. But I think that the Chelsea and Yamir and Danny and Amy are sincere.

Do you think 90 days is enough time for these decisions?

I think it’s rushing for them to decide. Those are the constraints that they are put under. I don't know what is in their hearts, but it would not have been enough time for me. I think that people who meet and then propose at the end of one week are risking a lot emotionally.