Why Do We Like Bad Boys? Meet Sean Kory, The Newest Sexy Felon 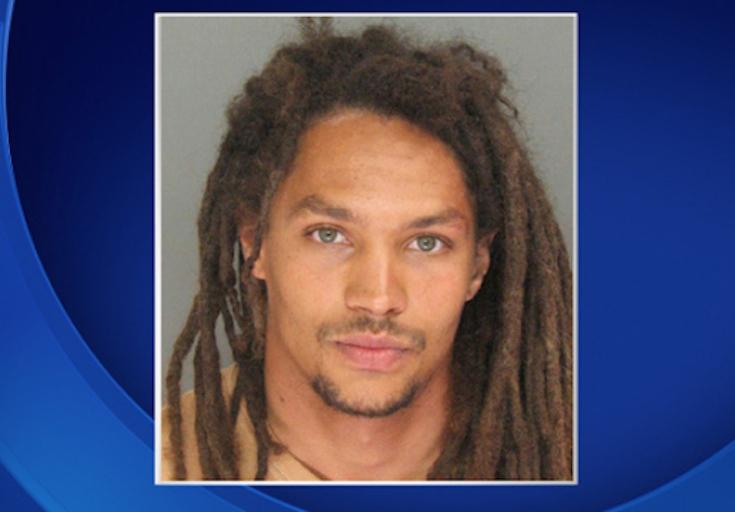 Despite the ugliness of this crime, Twitter is exploding with women fawning over the hunky criminal.

Actually, no. Beating someone up is never funny. Yet time and time again, the "bad boy" trope seems irresistible to some (myself included).

1. The bad boy trope is grounded in literary classics

The prevailing idea is that the bad boy attraction actually took shape in the works of English literature, beginning with Lord Byron (pssst: he was one of the "great men" in Carrie's book in the first Sex and the City movie), who was reportedly "mad, bad and dangerous to know." Lord Byron wrote the infamous Don Juan, which is about a promiscuous man—based on a real guy of the same name—and his sexual escapades.

Here's the thing about this early "bad boy," though: He isn't some level-10 douche; rather, he is easily seduced by women. So, Don Juan is vulnerable even though he appears tough to outsiders.

The Guardian notes another appeal:

"Classic bad boys are not villains, or lechers. Instead they are outsiders who attract women because they are such inappropriate mates. They can be cads, uncouth or merely unorthodox. The disturbing idea of a socially unacceptable monster getting hold of a prized damsel echoes."

Key word here: "classic." Clearly, this notion has morphed over the years. Heathcliff—from Wuthering Heights—was an abusive jerk with severe anger issues, yet the ridiculously popular Twilight books harped on Heathcliff's love (read: detrimental obsession) for Cathy. Wuthering Heights itself, on the other hand, is clear to point out the utter atrocity of both their personalities—Heathcliff's more than Cathy's. In the Babysitter's Club (yes, I went there), tween Stacey falls for a boy who she (wrongly) believes is producing counterfeit money.

Surprisingly, science backs up the bad boy appeal as well. Researchers tested a batch of crickets in the early 2000s to determine what was behind this puzzling evolutionary choice. First the researchers identified which male crickets were the hottest—we're talking the real Don Juans of the cricket-verse. Then the researchers tracked the lives of the female crickets who chose to mate with these lotharios and how their offspring fared. It turns out, the female crickets paid a high price for getting it in with the hot item male crickets—they had a lower life expectancy. Their offspring (the cricket-y Don Juan grandchildren), however, thrived and ultimately produced more eggs.

In short: bad boys are sexy—and, at least in the cricket world, that sexiness pays off in the long run. Getting preggos by a sexy man may screw the baby mama over, but the baby of the sexy man will thrive. It's foresight.

Another idea (back in the human realm) is that bad boys "sell themselves" to women. Think about it this way: if you are shopping for jeans, are you going to buy the pair that are advertised as "amazing butt-lifter magician pants that will change your life" or as "meh, they're cool, I guess"? Come on. It takes a certain degree of boldness to be bad; if he believes in himself, shouldn't we?

In a 2012 study led by Kristina Durante, researchers found that women were more attracted to (conventionally) physically attractive men and charismatic men while they were ovulating. Apparently, they found these smooth-talkin' Don Juans to be "reliable" and decent dad material during this time. Interestingly, when women were asked how these sexy fellas would act as father to another's child—they were quick to note his failings. Yet, he'd be a great dad to her own kiddos. Obviously. Also intriguing: this phenomenon was consistent with women who experienced puberty early. Perhaps this goes back to the cricket experiment; the ovulating women are just looking after their offspring, you guys! After all, Charles Manson has a prison lover.

Perhaps it's a mix. An unsuitable match is always attractive. Defying parents/society is sexy. Being brave is cool. Why criminals though? If we start with Don Juan as a "bad boy," maybe this is merely a evolution. For now, let's just hope there's no Kickstarter campaign for Kory's release.