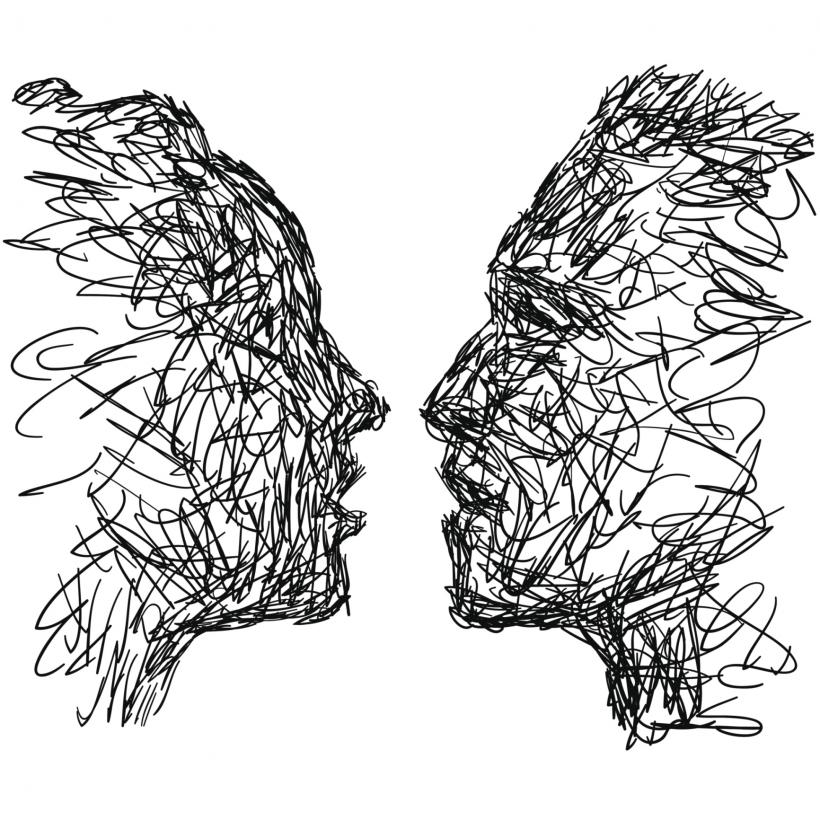 Hip-hop black feminism is inextricably bound to my identity. The label is unashamedly plastered on my social media profiles, my personal and professional bios, and across the chest of a T-shirt I often don while teaching eighth graders. Fighting against the erasure and subjugation of black women (and other oppressed groups) is at the very crux of my work as a writer, teacher and scholar, so hip-hop black feminism guides my life in a multitude of ways. Interactions with everything from popular culture to religion are filtered and processed through the lens of my commitment to feminism.

And yet . . . hip-hop black feminism hasn’t factored into one of the most important aspects of my life—who I choose to couple with.

The man I share a home and heart with isn’t a feminist. In fact, he’s quite patriarchal, and has a warped understanding of how equity operates. He believes women should have equal access to citizenship—which includes equitable pay—but he also believes women should follow the man's lead and wear clothing that garners respect from the opposite sex. His lack of knowledge about what feminism is and how it informs and improves both of our lives should be a turn-off for me . . . but it’s not.

It wasn’t difficult to arrive to the conclusion that he wasn’t a feminist. His lack of engagement with feminist thought was apparent the moment he used the word “thot” (an acronym for “that ho over there,” to describe a woman he used to be intimate with. We’d been dating for less than three months when the word casually left his lips as we browsed through the blu-ray DVDs at Family Video).

“Yeah, that chick’s a thot, and she’ll always be a thot.”

I paused, unsure of how to address his casual use of such a derogatory term.

“You know what a thot is, Evette.”

“A thot is a girl whose loose and free with her shit. You know that.”

Appalled. Shocked. Yet, still unsure of how to address him. I inhaled a deep breath before the onslaught began.

“That phrase is both patriarchal and disrespectful, and is often leveraged against women in an attempt to shame us,” I explained. “It’s sexist and it’s hurtful. You should know better. You are using the word without considering the implications!”

His mouth gaped as he attempted to grasp what I was explaining to him. We quietly debated for a few minutes before he conceded to my point. He now acknowledges how terms like “thot,” “ho” and “slut” are sexist, and subsequently uses the terms less frequently.

And I don’t love him any less. He’s an incredible partner, despite his lack of commitment to feminism. While I may never identify him as a feminist, here are a few adjectives I could use to describe him that manage to offset the absence of this moniker: loving, caring, respectful, honest, loyal, communicative, romantic. Our relationship doesn’t suffer because we have divergent viewpoints on what sexism is and how it operates.

Indicting him instead of the system that’s emboldened his beliefs isn’t a feminism rooted in love, and that’s not a feminism I’m interested in partaking in.

Moreover, my decision to date a non-feminist man doesn’t negate my commitment to feminism. While there is an argument to be made that dating preferences don’t exist in vacuums, and a connection that can be made between my decision to date a non-feminist man and being raised by one, using my choice in partner to question and police my feminism actually isn't feminist when the smoke clears.

Hip-hop feminism disrupts second-wave conceptualizations of good or bad feminist identities. Instead of conforming to a feminist essentialism, hip-hop generation feminists embrace—in the words of hip-hop feminist scholar, Joan Morgan—“feminism brave enough to fuck with the grays.” Like all hip-hop black feminists, I recognize the racialized patriarchy that pathologizes black womanhood. I also recognize and respect how that racialized patriarchy has damaged relationships between black women and black men.

So when I'm cuddling in bed with my non-feminist man and discussing what I’m teaching and what I’m learning and what I’m researching, all I see and know is that he loves me—regardless of what his feminist commitments are.