Why Shonda Rhimes And Oprah’s Convo About Marriage Is Revolutionary 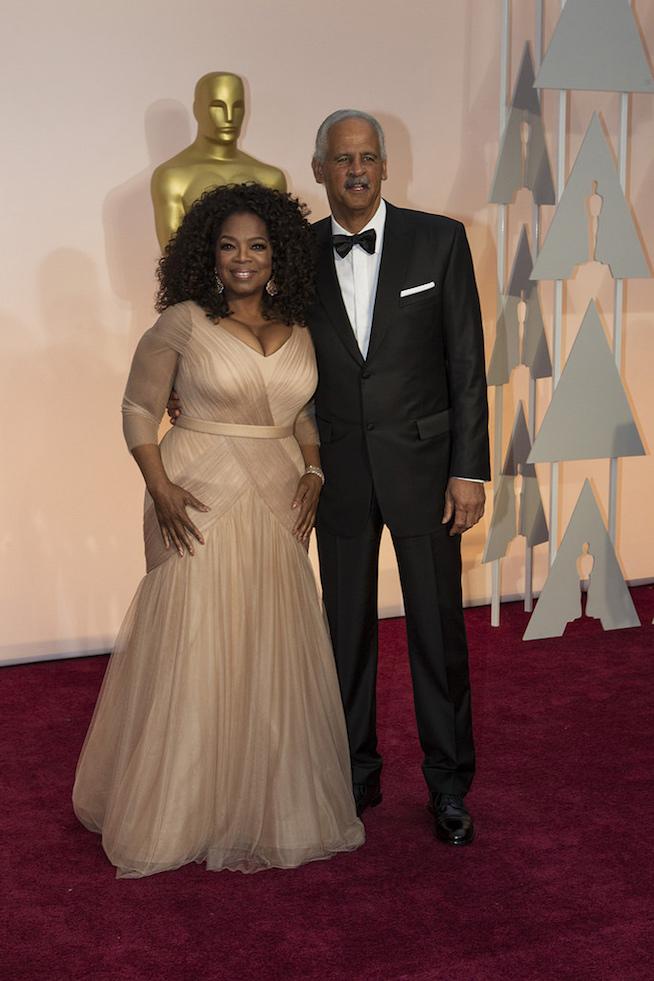 I was socialized, through my family, through media, and through religion, to believe that marriage adds value to women’s lives. Without a spouse willing to offer his last name, women are perceived as damaged.

Recently, Shonda Rhimes conversed with Oprah Winfrey for an open, authentic, and inspiring episode of SuperSoul Sunday. It was a stop on Rhimes’ press tour for The Year of Yes, a memoir about the successful showrunner’s decision to accept invitations that she would ordinarily decline. In her conversation with Winfrey, Rhimes admitted that one of the realizations she had is that she has no desire to get married.

Rhimes dreamed of being a mother (and adopted three daughters), but prefers dating over marriage.

In that moment, Winfrey and Rhimes bonded.

“I really wanted to be married, too. I wanted Stedman to want to marry me. The moment he asked me to marry him, I was like ‘Oh God. Now, I actually have to get married,’” Winfrey said.

“We ended up not getting married because I was supposed to do a book at the same time. This was in 1993. And the wedding and the book were happening around the same time. We were on our way from the book party and Stedman said he did not want to have his wedding disturbed by all these people asking me about the book, which I ended up not doing. And I said 'OK, alright.' So, he said we should just postpone this wedding. I said OK. And that was it. And we have never discussed it again. But what I realized is, I don’t want to be married…because I could not have the life that I created for myself. I couldn’t do it. All the people would say to me you could have your baby and you could have your own nursery here…I knew I could not do that.”

Rhimes applauded Winfrey and said that there’s freedom in acknowledging that a husband isn’t needed to be successful.

“It was really freeing to say it out loud and to not feel…I always felt like a dirty little secret because you’re not supposed to not want that,” Rhimes said.

Rhimes next comments were striking as well.

I’ve always desired to be married. From childhood, I envisioned the ideal destination wedding, complete with a gorgeous white gown and flamboyant decorations. In those fantasies, I was the perfect bride. I still have no idea where I initially developed these ideas about grand weddings. I imagine that being raised by parents who have been married for 27 years, ingrained the desire within me. Regardless, never once did I question if marriage was a realistic desire for me or all women. I was socialized, through my family, through media, and through religion, to believe that marriage adds value to women’s lives. Without a spouse willing to offer his last name, women are perceived as damaged.

At 26, I now know better. Immersing in Black Feminist literature taught me that patriarchy is the main ingredient injected into marriage. Yet, it’s been difficult for me to reconcile the ways women are socialized to crave marriage with my own desires. Yet, even now, having a successful marriage is appealing to me. Having a partner to witness and share the highs and lows of life with is one of my top desires.

Nigerian-American author and speaker, Chimamanda Ngozi-Adichie, explains how marriage is presented to women when she says in her “We Should All Be Feminists” TED Talk, “Because I am female, I am expected to aspire to marriage. I am expected to make my life choices always keeping in mind that marriage is the most important. Now, marriage can be a source of joy and love and mutual support, but why do we teach girls to aspire to marriage and we don’t teach boys the same?”

What's revolutionary about Rhimes and Winfrey’s sharing their preference is that they created their own space to have a conversation about Black women who want something different.

However, for Black women in particular, marriage is leveraged as a goal we must attain. After the epidemic of articles about the plight of the single Black woman, rushing to prove we’re desirable and capable of finding a forever spouse can overpower individual desire.

What Rhimes and Winfrey’s conversation shows is that a fulfilled life doesn’t have to include a spouse. We can aspire to marriage without being forced into it.