Maternity Coaching Aims To Support Pregnant Women In The Workforce 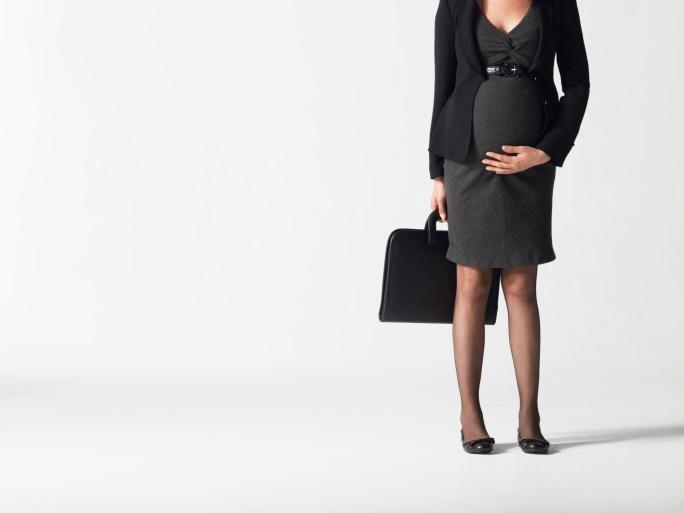 To say that June in Central California is hot would be a gross understatement of a documented fact. In actuality the heat is stifling, hitting you in the face like a brick wall and suffocating you every time you open your door. And so it was, in June 2010, that I was working full time as a hospice nurse in weather surpassing 100 degrees. At the time, I was also 28 weeks pregnant, burgeoning with the weight of a baby that would eventually be born at nearly 11 pounds.

I was called to pronounce a death in the afternoon. My patient* was in a home without the benefit of air conditioning. I was already exhausted and dehydrated from a busy day of seeing patients. I pronounced him and set about my ritual of postmortem respect. In rolling his 350-pound body to clean and dress him, I lost my footing as his dog was biting my ankles under the bed (never underestimate the power of a grieving chihuahua). He rolled toward me and because he was deceased and heavy—and I was hugely pregnant—I was desperately afraid I would drop him on the floor. And so, to my own detriment, I caught him.

That was the day my midwife told me I couldn't work there anymore. I was lucky enough to have a nurse manager who valued me and understood the dangers inherent to my job. She released me with a hug and her wishes for a safe delivery and enjoyable leave.

I had no grievance with my manager or the hospital I worked for—but that isn't always the case.

A former UPS employee who, while pregnant, was released from her position without pay, has taken her case all the way to the Supreme Court. Peggy Young presented a note from her physician stating she shouldn't lift more than 20 pounds—the same quite common pregnancy restriction I was given—and was told that "light duty" didn't exist at UPS.

Balancing career and family has been a struggle for women since there were careers to be balanced—and it doesn't end with pregnancy. Raising children is a self-sacrificing venture, and when faced with the decision between child or career, many women choose child. This presents a challenge both for employees who may desire a career, and the companies who likely covet the retention of said employees.

According to Karen Rubin, managing director for the North American division of Talking Talent, a coaching company for pregnant women in the workforce:

"It seems that it's not expecting too much for women to have both a career and children, but working mothers are challenged in many ways. For example, their commitment to their career is often questioned after having children, while those who devote themselves to their careers are often judged harshly. And women continue to spend more hours each day on childcare and household responsibilities than men. In addition, women are often challenged by their high standards in both the personal and professional arenas, especially when they try to be the consummate professional available to their employee 24/7, and the consummate parent available to their family 24/7. It's a common recipe for burnout and dropout."

It's not just female employees who suffer because of this. Companies lose between 20-30% of their women in the years when they're having children. The cost of attrition is commonly valued between two and three times the employee's salary, and there is the additional risk that the replacement won't work out. As Rubin puts it, "this can also make it more difficult for other women to get promoted, because some individuals become less likely to promote women if they think there is a good chance the woman will leave when she becomes a parent."

We are now on our third wave of feminism, but the wage gap holds tight, with only 5% of Fortune 500 CEO roles and 15% of Fortune 500 Executive Officer positions held by women, despite the fact that women are matriculating from college and graduate programs at the same rates as men. In many companies women and men enter at junior levels in equal numbers, but women are leaving at much higher rates, with the largest point of attrition in the first one to five years after they have children.

These are stark numbers, and a pretty convincing argument for corporations to be proactive in supporting and retaining their female talent. Fortunately, there are efforts to support businesses in doing just that.

Talking Talent, for its part, has coached over 14,000 women and their managers across the globe since 2005 in order to better support female talent during the maternity transition. To facilitate advancement into leadership and managerial roles, Talking Talent coaches around key areas such as developing a leadership brand, increasing confidence and self-belief, becoming more politically savvy, enhancing strategic networking skills, developing presence and gravitas, and learning how to better career-plan.

"We find that this has an impact on promotions and engagement by enabling women to overcome internal and external barriers, creating a vision for the future, developing new habits to improve their leadership style, improving relationships with key stakeholders, finding ways to manage conflict, and building on the strengths of introversion/extroversion," Rubin says.

In addition to companies like Talking Talent, which coaches women and their employers around the childbearing years, there are also many that aim to help women bridge the gap between child-rearing and career. Women For Hire seeks to help women re-enter the workforce after an absence. Irelaunch helps women re-engage the careers they may have temporarily suspended for child-rearing. UK-based My Family Care assists companies in supporting their working parents by aiding in child and elder care. Both employer and employee are beginning to recognize and embrace the notion that support specific to this period of life can be mutually beneficial.

Rubin acknowledges that she herself would have benefited from some coaching around her career choices. She earned her MBA but ultimately "opted out of the corporate arena," staying home to raise her children. Rubin's story is not unlike mine and many other women I know. Without the tools to balance career and family, and confronted with penalties for choosing time with children over career, we often resign ourselves to being at home. That's not to say we don't enjoy spending time with our children, but when they reach adulthood—or we reach a point where we want something more—we are left to try to re-enter the workforce after years away, finding ourselves obsolete and unemployable.

I deeply value being a mother, and love spending my days in domestic tranquility. But I do long at times for the fulfillment that my career offered outside my home. The balancing act of working while supporting my husband in his career, running a household and being there for my children in their various endeavors, was just too daunting a task. So I bowed out.

I certainly would have welcomed the opportunity to be encouraged to further my career if I felt I could do so and successfully rear children as well. As we move forward, companies like Talking Talent may help provide creative solutions and support so that women don't feel forced to choose between two things they love: Their children, and their own identity outside of their children.

*Names and circumstances have been changed to protect patient privacy.

If you like this article, please share it! Your clicks keep us alive!
Tags
pregnancy
Working
maternity leave
advice
help
motherhood
how to balance pregnancy and work
maternity coaching
talking talent
women for ire
irelaunch