Plastic Surgery Patients Are Not Given The Respect They Deserve 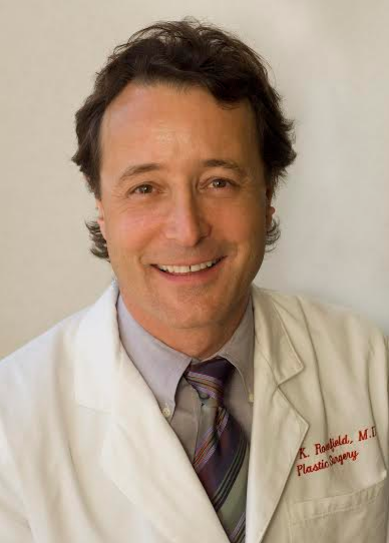 This is a guest post by Dr. Lorne King Rosenfield, M.D, a plastic surgeon, from Ravishly's special Conversation series on the cosmetic surgery debate. Have a story or perspective you'd like to share? Email ravishly@ravishly.com.

Over the years I’ve been asked many times to participate in reality and other shows “promoting” plastic surgery.  And every time I decline. I explain to the instinctively dismayed producer that my patients, my surgeries, and I would be boring. Boring? "How could my plastic surgery be boring?" they ask.

Well, the good ones are out there, they’re just under the radar.

What does this insight have to do with why plastic surgery has become so popular? Well, because, in general, the vast majority of plastic surgeries performed by proper, board-certified plastic surgeons, result in happy patients. What all the weekly magazines and television talk shows feature is beguilingly the opposite: predictably unhappy patients, a post-operative population that actually represents a veritable sliver statistically. So, the general public has been inculcated to believe that too many people are having too much plastic surgery and that the fount is an insidious societal pressure to sacrifice one's body image on the alter of beauty.

Well, with a surgical practice of 27 years that has delivered care to thousands of happy patients and a medical library shelf sagging with the weight of supporting studies, I can say with assurance that the majority of patients are sensible people, like you and I, who have undergone a thoughtful cosmetic surgery and are now happier and more self-confident. And this modern “urge” is not a new phenomenon: Since man and woman first saw their face in a pool of water, body image has been an integral, inexorable element within the psyche of humankind.

And as for the inescapable marketing forces from without, patients should be given far more respect than they currently are. They are not walking around like so many zombies, their decision-making skills solely controlled by the billboard on the freeway or the pop-up ad on their Facebook page. A healthy patient may be exposed to this hyperbolic information, but then they properly temper it with their better internal judgment.

I do not deny that there are patients who are requesting and surgeons who are delivering too much plastic surgery. However, in such instances these same patients should have been properly evaluated by a specialist surgeon and ethically denied care in the first place! In fact, plastic surgery remains unique amongst medical disciplines in which denial of care can be a sign of good care. And when delivered responsibly, plastic surgery can unabashedly be amongst the greatest of the healing arts.

So now, armed with a healthier perspective and a better set of facts, we should ask the same question again:  Why has plastic surgery become so popular? Because it works!

Plastic Surgery Patients Are Not Given The Respect They Deserve
Dr. Lorne King Rosenfield