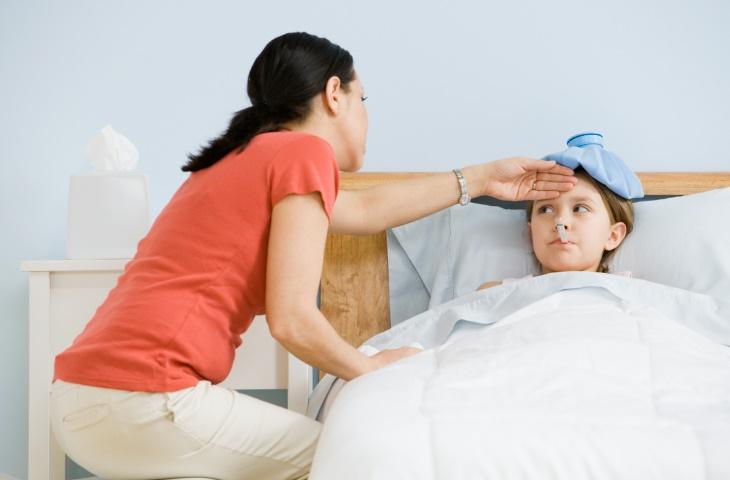 Though I'll never know the true culprit, I suspect chicken nuggets were the reason my Christmas ended in vomit-stained bed rest 17 years ago.

Prior to the big day, a friend offered me a handful of the seemingly innocuous fried poultry snacks, glowing with trans fat glory. My parents were health food freaks, and I was to become a vegetarian in eight years. Now was the time to partake. Gleefully, I tore into the breaded flesh.

I would live to regret the decision. Until, in the end, I didn't.

This Christmas was monumental for me in many ways. I was eight, no longer a little kid but not yet a pre-teen, and my mom and I finally had the "Santa Claus isn't real" talk (to my mom's credit, her previous argument that Santa utilized time zones in an effort to deliver toys was quite compelling). She asked that I be a "good big sister" and keep my findings to myself.

Though tasked with being the mature one, I hadn't quite lost my childish affinity for poofy pink dresses. This Christmas, I was going to wear a dramatic dress with puffed sleeves and miles of lace. My mom laid out the gown the night before and set my hair in curlers. Santa shmanta, this was going to be a great day!

Around 4 AM, I jumped out of bed—curlers knocking together—ran down the hall, and narrowly made it to the toilet before vomiting. My mom rushed in, shocked, and brought me back to bed. She attributed my sickness to Christmas excitement and too many sweets. Back to sleep I went, thanking my curlers for protecting my hair from the mess.

When I woke up three hours later, I felt nauseated. My sister dragged me out of bed. I refused to remove my (usually detested) hair curlers. Our parents ate Scotch eggs, but the smell made my stomach gurgle in disgust. My honorary uncle and aunt (read: best friends of my parents who bestowed stupidly expensive/awesome presents on my sister and me yearly) joined for breakfast. Everyone chattered joyously, as I watched the scene with disbelief. Suddenly, my tiny body buckled and I began heaving uncontrollably. My skinny hands tried to cover my nearly erupting mouth. In the nick of time, one of my parents seized me and carried me to the bathroom. I retched with a force that frightened me; my entire body shook as tears streamed from my eyes.

Back to bed I went. "Take a nap, you'll feel better," one of my parents assured me.

I curled up in bed, curlers still in my hair, and feebly crawled out every so often to vomit in the hall bathroom. When guests began arriving, my parents placed "the bowl," that ubiquitous feature of childhood illness, next to me in bed. Just as my mom had done when fighting against my questioning of Santa's existence, my parents eventually conceded: "Giana, you have food poisoning. You must stay in bed. Drink lots and lots of water."

Outside my room, I heard the party starting. My cousins, aunts, uncles, and friends of the family were hugging and celebrating the holiday. I cried in bed, hating the fact that I was missing Christmas. At some point, my sister got sick too. She joined me for part of the day, but eventually got better and enjoyed the last of the party. I was sequestered to my room, isolated from the fun.

It was miserable. Life was unfair. This was the worst possible thing ever.

Then, I noticed something. Well, slowly. Even though I was a weepy little kid covered in tears, puke, sweat, and snot, I seemed to have earned quite a fan club. My cool older cousins waited on me, hand and foot. Aunts and uncles kissed my vile cheeks and promised that they brought amazing presents for me. My parents both checked on me almost obsessively. I had so many visits throughout the day that—in retrospect—I spent little time alone. As evening began, I took one last nap.

Finally, I woke up feeling like I could walk. With a burst of energy, I removed the curlers from my hair and donned my frilly pink dress. Slowly, I walked down the hall. I was ready to join the party!

As fate would have it, the party was over. A few relatives lingered over coffee, but a solid 90% of the guests were gone. I gasped in disbelief. I had missed all of Christmas! My Aunt Susie noticed my childish sorrow and pulled me into her lap.

My tears continued to flow, so Aunt Susie upped the ante.

"Giana, you're really a princess. Did you know that? Your mommy and daddy stole you from your kingdom when you were just a baby. I know the truth though. Don't worry, someday I'll help you find your castle."

She kissed my unbrushed curls and rocked me back and forth. Something became clear to me, though I didn't possess the vocabulary to express what it was at the time. I cried again, but this time, they were happy tears. No one likes being around sick people, but my entire family showered me with love the entire day—at the risk of projectile vomit, no less. I got presents. My aunt tried to convince me that I was royalty. All in all, my family did their best to ensure that I had a decent Christmas.

I'll never forget my revelation that night. For the first time, I understood that many children did not have a family like mine, and that I was lucky to be so loved. It's a feeling I haven't let go of, even many Christmases later.

I slept that night feeling content, vomit be damned. Chicken nuggets, however, never tasted quite the same.