Heavy Metal Tries To Join Forces With #GamerGate . . . And Fails 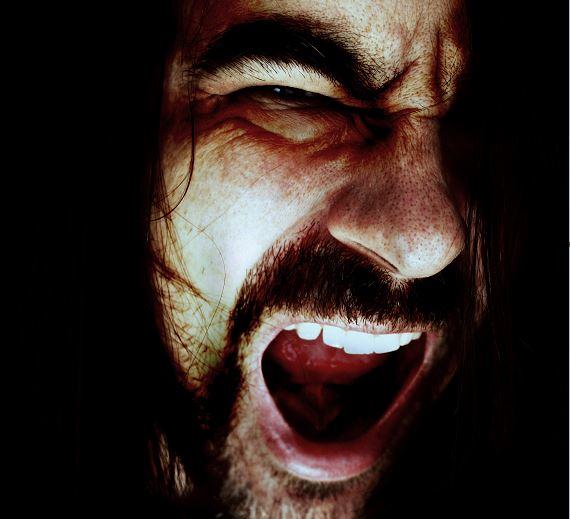 Gamers are stereotypically quiet, nerdy types who mostly want to lean back with some snacks and stare at a screen. Metalheads are stereotypically bulked-up, rabid Satanists and/or white supremacists who burn churches when they're not murdering each other. As critic Arthur Chu wrote on Twitter: "At least in gaming there's no fandom around a well known dev who's an actual Nazi convicted murderer."

Metalheads are more dangerous than gamers. Everyone knows that. And yet, somehow, it hasn't worked out that way.

Gamergate started several months ago, when angry video gamers began using the hashtag #gamergate to express anger at feminist criticism of games. Since August, folks using the hashtag have relentlessly targeted, criticized, yelled at, and harassed female game developers (like Brianna Wu) and critics (like Anita Sarkeesian). Sarkeesian and Wu have also received death and rape threats and been forced from their homes. Nor has gamergate ended yet—at the beginning of December, gamergaters (including the odious opportunist Milo Yannopoulos) launched a barrage of harassment at Wu following the death of her dog.

And for a second there in October and November, it looked like the rabid hordes of gamergaters would be joined by a new ally: the bigger, meaner, corpse-painted hordes of metal.

The Rise And Fall Of #Metalgate

The controversy was kickstarted when Shayne Mathis posted a piece on the metal news site Metal Injection forthrightly titled "The Problem With Heavy Metal Is Metalheads: Stop Calling Everyone a Faggot." In typically confrontational style, Mathis stated that the metal community was often homophobic, arguing that "in the last few years, faggot has been slowly becoming the go-to insult for reactionary cretins who can't think of an intelligent response to an opinion they disagree with."

Cory Van der Pol at Death Metal Underground posted a response referencing gamergate by name and arguing that both gaming and metal were under attack by namby-pamby policitcally correct social justice warriors (SJWs) who wanted to censor free expression and domesticate unique subcultural expression. "At a gut level, we are metalheads: we do not stand for speech codes, social morality and being nice to people," he trumpeted. Soon the #metalgate hashtag was taking off, and SJWs were on the run!

Or not so much. The metalgate tag was a sad thing to behold from the get-go. It mostly drew gamers excited at the prospect of an assist from big-brother metalheads, and metalheads excited at having a new tag on which to post and share metal videos. Within 48 hours, the tag was nothing but metal fans celebrating the demise of the tag, gamers whining about the demise of the tag, and a couple of random, confused advertisements for metal gates.

So what happened? Why has there been no metalhead/gamerhead alliance to destroy the SJWs once and for all?

Of Metalheads And Social Justice

#Metalhead swiftly imploded in part because metal isn't opposed to social justice. On the contrary, from its inception, metal has often been associated with progressive causes and left politics. Black Sabbath, the lumbering grandlizard of metal, recorded one of the great anti-war protest songs:

Napalm Death, a hugely important grindcore band, was thoroughly politicized; the first track on their 1986 debut is called "Multinational Corporations," which repeats, "multinational corporations/genocide of the starving nations":

As Frost Like Ashes indicates, not all metal has a progressive political agenda. And of course, some metal (like Cannibal Corpse) is just about shocking imagery and horror movie thrills. But there's always been a huge swath of metal dedicated to expressing strong social and political views. That's true even for the notorious national socialist fascist black metal scene. Hate Forest's goals are evil, but it doesn't deny that it has goals. It wants to change the world.

This is in direct opposition to gamergate supporters, and to video games in general. Grand Theft Auto doesn't have a conscious ideology other than "it's fun to shoot people." Gamergate's energy comes from a narrative of melodrama; gamers are over here, innocently enjoying their games, when the big, bad critics come in and criticize them. You can see a similar dynamic in Van der Pol's post about PC attacks on gamers and metalheads, where he argues that "you can think what you want and say what you want and not care what other people think you should think." This is a hallmark card vision of metal as an Eden of nonjudgemental tolerance. For Van Der Pol, metalheads and gamers are the good guys precisely because they have no agenda to promulgate and no criticism to offer.

Gamers have found this narrative congenial. But for most metalheads, metal isn't just about huddling down in a basement with like-minded buddies. It's about criticizing the world, lambasting injustice, or (sometimes) praying that the disgusting plague of humanity will be wiped from the face of the earth. That isn't to say that metal is some sort of utopia of equality and justice; the community, like many communities, struggles with misogyny, homophobia, and general assholery. But metal makes demands; it criticizes, it yells at you. It owns its hate, which means it has little interest in positioning itself as some sort of pure victim of powerful, dangerous critics.

Metal thinks art should challenge the world—which is why Anita Sarkeesian is a lot more metal than gamergate will ever be.