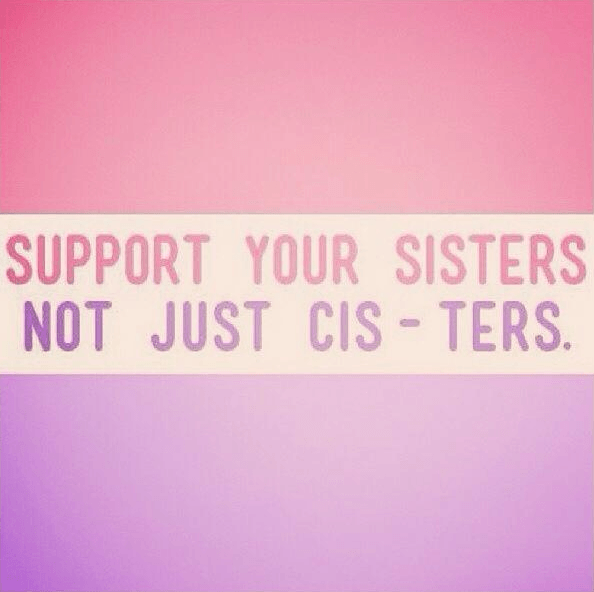 “My death needs to be counted in the number of transgender people who commit suicide this year. I want someone to look at that number and say ‘that’s fucked up’ and fix it. Fix society. Please.”

Let Leelah Alcorn’s words wash over you. Sit with them, let them sink into deepest parts of you. If our culture, our world, has any godforsaken hope at all, let this tortured adolescent’s voice resonate throughout your entire being. If the suicide note—penned by the tender hand of a teenager—make you uncomfortable, they should.

Her blood is on all of our hands.

With every passing day we're sanctioning our silence—and chilling complacence—aiding and abetting a society in which 41% of trans and gender nonconforming individuals attempt suicide at some point in their lives. Our violence, the violence of dehumanizing slurs and misgendering, of bigotry, alienation, and unceasing discrimination, creates a world in which gender variant folks attempt suicide at nine times the national average.

Do not let the mainstream media’s coverage of Leelah’s suicide fool you. Her death is tragic, yes, but in truth there is nothing “shocking” about it. The swirling “debate” about trans issues is not “new”—it’s been raging, has been raging. (For at least three decades in fact. Beginning—arguably—with the Reagen era and Janice Raymond's now seminal and highly-controversial work The Transsexual Empire: The Making of the She-Male . . . and has been in the red-hot cross-hairs of mainstream media for the past four.)

People have been screaming their truths from mountaintops, fighting not just for visibility, but merely to survive in a world wholly toxic to their existence. We just haven’t been listening.

Wrapped up snugly in our privilege, tucked away in the warm bath of our ignorance, in the solace of our indifference, we’ve enabled a culture where 64% of trans people face sexual assault. We live in a country where a majority of states—32 to be exact—lack any kind of law protecting transgender people from being fired, merely for attempting to live as they are. Our nation is one in which trans people are four times more likely to have a household income of less than $10,000 the national average.

This is all of our doing—or, perhaps more precisely—our systematic undoing of basic humanity.

If the term "Trans Exclusionary Radical Feminist" (TERF) holds no meaning for you, it's because you have the immeasurable privilege of your life not being targeted by a hate group wholly bent on your destruction. It means you are free from a life punctuated by vicious bigotry propagated by a group who disguises their violence by calling themselves "gender critical." (Meaning as "true feminists" they question the presence of women who once were men and thus are part and parcel of the male privilege that plagues them.)

It means you live in a society where this bigotry is protected, excused and even encouraged by the insistence on hearing "both sides of the story," even when people are being attacked and killed as per the other side's tenets.

It means it’s time to listen, to learn. The average life expectancy of trans people is 30 to 32 years-old. This is on us.

But here's some not good, but encouraging news. It doesn’t have to be this way. Actually, It can’t go on being this way.

Despite what some deeply misguided cis journalists would have you believe, we must read and honor the words of Leelah Alcorn. We must keep her legacy alive, we must honor her wishes in death, having extinguished them all during her life.

And we need to familiarize ourselves with other lives lost, lives cut short by our systemic cruelty, bearing in mind that it’s the trans individuals of color, our disabled trans compatriots, our poverty-stricken gender variant citizens, who suffer the most under our cruelty.

Familiarize yourself with whose lives have been needlessly plagued and heedlessly claimed; they've been too easily ignored and often erased. Offer them up in death a nod to their humanity—and know how devastatingly inadequate this is.

Grapple with this, but do not know our sisters and brothers, our gender nonconforming siblings only through death.

This is the beginning. The acknowledgment that we have just begun to plumb the depth of this issue. But for all of our sakes, let us not stop there.

Let us recognize our role in our abusive culture by diving into education, into advocacy. Let us swim tirelessly—our shoulders and back throbbing—in a the proverbial sea of knowledge. Let us learn from those trans individuals who are inviting us in—the water's just fine!—who want to share themselves and their experiences with the world, as we are all trying to do.

Let’s familiarize ourselves with the brutality of our society so we can know each other as we all want to be known and recognized—as fully and perfectly formed, just as we are:

“The only way I will rest in peace is if one day transgender people aren’t treated the way I was, they’re treated like humans, with valid feelings and human rights.”

Let’s do the work of giving Leelah the tiniest tatter of what she is owed.