To Be Honest, I Have No Idea What To Feel About The Charlie Hebdo Attacks 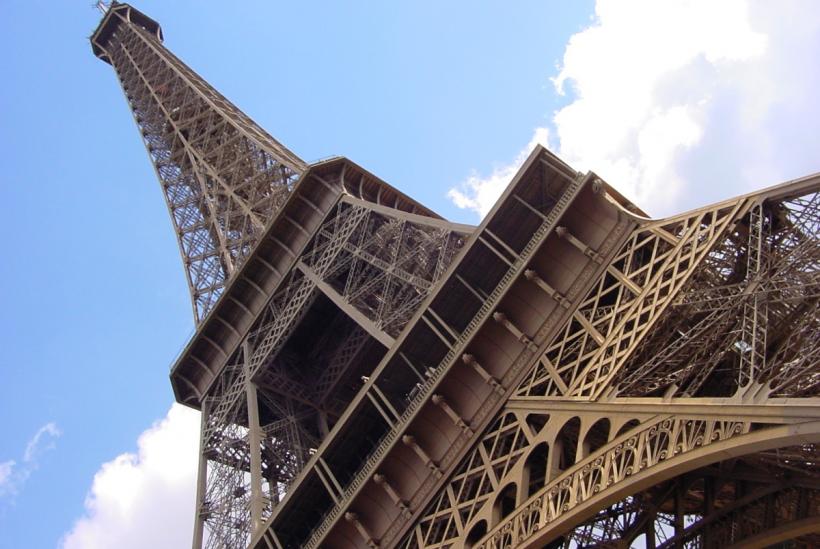 When I heard about the Charlie Hebdo shooting on Wednesday, it shook me from a long, protracted numbness to bad news. I can't say what it was about this one. It wasn't any more awful than any of the myriad tragedies that have crossed my Twitter feed recently—Eric Garner, Leelah Alcorn, the NAACP bombing, and that's not even the half of it—but this one pushed me over the edge from a blank stare at my laptop screen to deeply, truly sad.

Perhaps it's because I work in media. I got my start at a weekly, and am in talks to start up with them again. Maybe it's because I have a long-awaited vacation coming up that will take me through that part of the world, and goddamnit, now I am scared. But for whatever reason, I teared up a little thinking about this situation that in no way affected me directly. I don't have family in France. I'm on the moderate side of liberal; I don't see myself ever working for a publication as radical as Charlie. So why was I sitting at my kitchen table, squeezing a small tear out of my eye?

I hadn't put my two cents in on social media on all the goings-on that have devastated me in recent months—for a couple reasons. One being that I'm a trained journalist, and as much as I op-ed myself into a corner on this very site, I need my social presence to maintain some semblance of non-bias, lest a traditional journalistic outlet come calling for my talents one day. The other is that I just don't like to get into it on Facebook and Twitter—I'm a big wuss; so be it. A third is that we now live in a world where your opinion (even your lack of an opinion) on current events informs your very identity, and I live in fear that the moment I express allegiance to or condolences at or anger about any one thing, some buried detail of the person or event's true nature will be uncovered and I'll look like a monster.

And guess what happened? In the hours after the Charlie Hebdo attack, sharp observers (and people who could read French) pointed out that, while it was being characterized as a "satire" publication stateside, the magazine had a history of producing clearly racist depictions of Muslims, Jews, and other cultures. In fact, their barrage of cartoons depicting Muslim leaders as fang-toothed, salivating villains both reflected and played into growing anti-Muslim sentiment that has been taking root in Europe for the last decade. And I very quickly felt bad for feeling bad.

Should I still feel bad?

I gobbled up news all day and late into the night. I read everything from screeds against the sappy cartoons that flooded social media to facts-laid-bare world news reports. And I was still just as confused—and just as sad—when I went to bed.

Here's what I know. I know that Charlie Hebdo was a long-established satire publication in France that constantly pushed the boundaries of everyone's sensibilities, and their work is crass, blatantly offensive, and in some cases irresponsible. But I also know that, as more scholarly publications pointed out, France has a grand tradition of sending up its leaders, and that French satire is much more pointed than what we're used to in America; more crude and shocking—Charlie was that convention taken to the nth degree. I also know that the French value their freedom, possibly more than we do, which is why thousands of French citizens, presumably more aware of the magazine's racist tendencies than us, flooded Place de la Republique in support of it on the night of the attacks. And why shouldn't they? They may not have liked what it had to say, but Charlie Hebdo was an institution—their institution. The French also aren't used to witnessing random acts of gun violence the way we are. No matter the reason, this was a major massacre, in broad daylight, on their home soil, and they have every right to grieve.

I also know that Europe's Muslim population dwarfs ours (by, like, a lot: There's five million in France alone—a country of 66 million—whereas we, a country of over 315 million, are home to about 2.75 million) and there's been a slow creep of anti-Muslim groups in France and beyond. This event has exposed some particulary ugly politics that have made their way into popular opinion recently—did you know that one of France's biggest parties right now is the openly Islamophobic National Front, and PEDIGA is gaining some serious, scary traction in Frankfurt? Charlie's made its fame on mocking French current events with sophomoric, sub-South Park humor, which drifts in and out of outright offense. While I guess I support Charlie's right to mock other cultures as long as they do it in equal measure (Oh my God, I can't believe I just wrote that), I can't imagine the hook-nosed depictions of Muslims on their covers, coupled with a clear and present anti-Muslim sentiment on the continent, didn't make Muslims in France feel even more othered. And that's something I can't get behind.

But, shit-stirrers though they may be, I don't believe anyone deserves to be killed for even the most provocative comedy. Yeah, their cartoons often knowingly crossed the line of common decency, but, I don't know, if I don't like someone's sense of humor, I generally just roll my eyes and change the channel (which I know is not the most constructive thing, but I'm a lover, not a fighter). There are plenty of comedians that make jokes I don't fully ascribe to, and American comedy institutions like The Simpsons, South Park, and Family Guy have all mocked me at one time or another—as a woman, as a Mexican-American, as a journalist. Most of the time it's fairly harmless, and even on those occasions that it causes me a momentary pang of shame or anger, I can forget about it pretty quickly if it's a good joke. Even if it's not a good joke and is just plain hurtful, I can, on even rarer occasions, start appreciating their work after taking a break from them (you're allllmost off my shit list, Seth MacFarlane, but you're gonna have to earn it). But even when artists use comedy as a vessel for hate, never have I wanted to do more than write a strongly-worded Ravishly post about them. Certainly not kill them.

But this isn't, truly, simply a matter of freedom of expression being suppressed. I am not French, I am not Muslim, and aside from taking AP European History in my sophomore year of high school, which I nearly failed, I don't know jack about European history or politics. I probably shouldn't even be talking about this on the Internet, where my idiocy will live forever. It'll probably come back to bite me in a few months, when popular opinion on the matter swings the other way. But in my understanding, this is a product of a culture of hate that's been seething across the pond for several years, and these last few days have been a painful reminder that my beloved free speech—and what's more, my beloved comedy—can feed the cycle of hate.

I guess the only thing I know for sure on this is my own guiding philosophy, which I've callously cribbed from one Bill S. Preston, Esquire. It's something we all know, but I think we all need to hear one more time right about now:

Be excellent to each other.