South Asia's Fatherhood Revolution—And What It Means For Girls 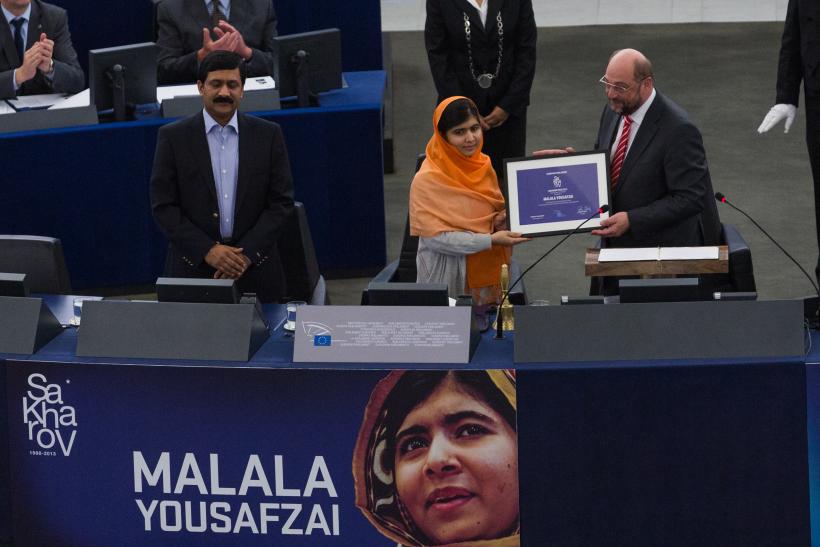 South Asian men want to have girlfriends, sisters, wives, and might even tolerate a female boss. But, generally—they don’t want a daughter. “No girl children for me” is an unwritten rule ingrained over a long arc of sexist history. The bias and discrimination against female children is much more prevalent in countries like India, Pakistan, Bangladesh, and Afghanistan than most anywhere else in the world. In fact, UN figures have demonstrated in recent years that India specifically is the "most dangerous place in the world to be born a girl."

Nobel Laureate Dr. Amartya Sen noted in his 1990 New York Review of Books article that there were an estimated 100 million fewer women in Asia than would be expected. He reasoned that the missing women are the result of gender bias and discrimination. And indeed, research shows that female infanticide is more common where women are not employed in agriculture and dowry is the norm.

In India, anyone who blesses a couple explicitly with a “God bless you a daughter” is frowned upon, even chided. Regardless of how many sons one has or how the expectant mother is pining for a girl, the required blessing is always a “suputra praptirastu”—a Sanskrit phrase meaning “May you be blessed with a good son.” Where superstition and bigotry have or do reign in South Asian countries, daughters have been or are unwelcome—the worst-case scenario being that they are killed at birth or ineligible for education or employment.

Breaking these deleterious practices and stigmas around having girls, however, is a handful of fathers who've embraced and supported their successful daughters. Be it Sania Mirza, one of India’s top singles and doubles tennis player, badminton world champion Saina Nehwal, or Nobel Prize winner Malala Yousafzai, the girls of South Asia are beginning to make names for themselves—and the credit goes in no small part to their fathers.

Ziauddin Yousafzai, the bold and proud father of the world’s youngest Nobel laureate, Malala, professed on international television to having fallen love with his daughter the moment she was born. This in Pakistan—a country where girls are shot dead for attempting to go to school. Ziauddin also prodded Malala into the daring realm of questioning the Talibanese stance against educating girls and encouraged her to write a blog for BBC under a pen name, even after she was shot point-blank on a bus.

Today she is a household name, her tireless courage having captured the world's heart.

Indian sport stars Sania and Saina have analogous tales. Sania was also born into a traditional Muslim family and her dad, Imran Mirza, played a vital role in her meteoric rise. He said he's not missed a single match his daughter has played in the last 22 years. Similarly, Saina Nehwal never fails to mention how her dad, Harvir Singh, played a critical role in dropping her off and picking her up for her training. Saina counts on his council for her media appearances, future plans, and general life advice.

And there is another father who is leaving no peak unreached—literally. He's supporting his daughter in her desire to become the youngest conquerer of the Seven Summits in the world. The father-daughter duo is Jaahnavi Sripermbuduru and her doctor dad Krishna Rao. The mental health doctor from Hyderabad is on a sabbatical now with the sole mission of sending his daughter up the tallest mountain of every continent in the world. He told me in an interview soon after the Kilimanjaro ascent: “Helping her reach the top of Mount Everest will be a great step in telling hundreds of thousands of Indians that daughters can help you achieve glory.”

While dads of most superstars may go to sports practices or even buy them the occasional racket, Dr. Krishna has traveled with his daughter all the way from India to Tanzania to accompany Jaahnavi up all 5,895 meters of the legendary Mt Kilimanjaro. He helped her created a world record for being the youngest to climb the peak. According to Jaahnavi:

“While most Indian men go into a temporary depression when they hear about the birth of a girl child in the family, here is my dad who has staked his money, career and his life to see up there, literally. Indeed a refreshing transformation."

The success of these girls and the way their respective fathers have embraced them is inspiring a whole generation of children and their parents. Speak with any Indian girl under the age of 10 and the girls are clear in what they want to become when they grow up: Sania, Saina, Sindhu, Jaahnavi, Malala . . . In the 1990s, most parents dreamt that their daughters might grow up to become a bureaucrat, doctor, or researcher. Now, they want to see their daughters in all spheres—from sports to politics to medicine or social work or any other arena previously considered risky.

A handful of fathers, currently a miniscule number, are slowly but surely walking the walk of empowering their daughters. It's a refreshing change—pro-daughter dad power being critical to a new age of women's empowerment.