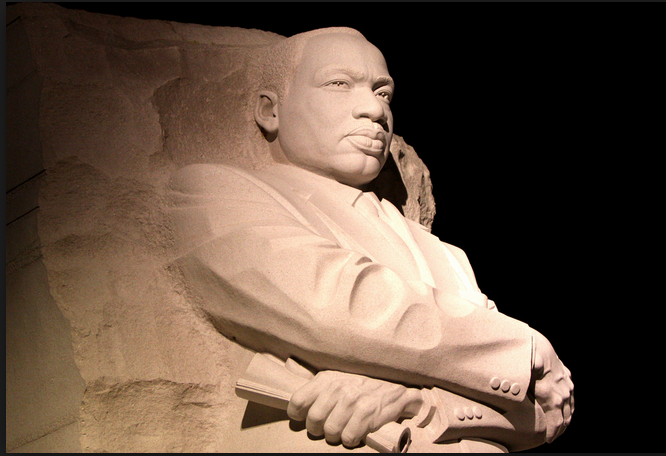 It was a simpler time then, back in the 40s, 50s and 60s. Waistlines were tiny, Pepsi used real sugar, and racism was balls out and in your face. Coon. Blackie. Moulie. Sambo. Blurple. Gorilla. Darkie. Spade.

That’s every racial slur (I can think of) that was used to refer to a black person who couldn’t pass for white, couldn’t pass the paper bag test, or was simply, DARK.

Jarring, right? Make you want to vomit? That’s OK, me too. When I think of the fact that my grandmother used to hear these words every single day and knew with the absolute sureness of a fighter pilot that they were being intentionally hurled at her, it makes me want to scream, cry, and burn everything in sight. However, if you think about it, one might say she was somewhat “lucky.”

There was never anything shady about what people were trying to say to you, or about you in those times. Back then if you were black, you knew just how people felt about you, because they were overt in their disdain, blatant in their contempt, and all out balls to the wall in displaying their hatred by way of lynchings, tar and feathering, dog attacks, fire hose attacks, church bombings, rapes, drownings, and public humiliation—just to name a few. We Blacks, especially we “dark” Blacks, always knew where we stood. We may not have accepted it, but we were always well aware of it.

Fast forward 65 years (from 1950), and while most people wouldn’t dare mutter those epithets (either because they abhor the mere idea of

racism, or they know better than to say those things out loud), racism is still very much alive in the most covert (and overt) of ways, and it is beginning to join hands with its hideous cousin, colorism. Now before I get into this little diatribe, let me address the folks who just threw up their hands and cried “Racism and colorism go both ways!” (because you know you did). Yes, I know they go both ways. I am well aware of the fact that there are plenty of black people in the world who don’t like white people, and will happily call them every name under the sun. I don’t condone it. But that’s not what this post is about. Maybe that will be another post for another time. But this post, and these words, are dedicated to the racism, or rather, colorism that I see, as a black woman, a dark-skinned black woman, every … single … day.

The colorism that is covert to most, but overt to me. The colorism that, whether realized or not, intentional or not, is alive and well. And on what would have been Martin Luther King, Jr.’s 86th birthday, that colorism that was splashed all over social media without a care in the world, all in the name of “advertising.” Maybe you missed it. I almost did until my fellow Good Men Project writing pal, Alexander Yarde posted it on Facebook. No worries, I’ll slide it in here right now. I’ll even do you a solid and give you some time to absorb and digest it. I won’t even be mad at you if you throw up. Hell, I wanted to.

There ya go. Dark skin Black girl. Black dress. Tagline: For the Love of Darks.

Now, before you say “Heeeeeyyyyy … you’re playing the race card!” let me show you a picture of ALL the models used in this “Woolite for Darks” campaign.

Is the proverbial lump in your throat yet?

But dark-skinned black women like me, we see it every day. We can’t move around it. We can’t run from it. We can’t pretend it doesn’t exist. We can’t throw it in the laundry and let Woolite wash it away.

You see, there is a long history of degradation and imposed “shame” around being dark-skinned. In the days of slavery, the dark-skinned slaves

were not allowed to come into the “big house.” They were known as “field negroes,” and had to wait for anything they needed at the back door of the house. They tilled the fields, tended to the animals, picked the cotton—anything outside of the house, they did it. They were sold at auction for less and always considered inferior. And they were often called “darkies.” The light-skinned slaves were known as the “house negroes.” They typically had fair skin and were considered “acceptable enough” to be seen in public with their owners, and acceptable enough to cater to any guests who might come by. They were sold at a higher price, and often treated much better than the field negroes, if you consider being raped by the master and/or beaten by the mistress “better.” They were also often called “mulattos.”

And while the social media manager over at Woolite probably didn’t know this bit of history, one has to wonder (that one being me) if somewhere in the back of this person’s mind there wasn’t a small advertising executive jumping up and down in excitement at this small, “innocuous” opportunity to “poke the bear.” What Woolite failed to factor in (or be aware of at all), is that due to recent events, all the bears have come out of hibernation, and as a collective, we are unwilling to tolerate one more jab, one more shove, one more choke-hold, one more gunshot, one … more … poke.

The Power of Black Money in the Aftermath of Ferguson