Emma Watson As Belle In Beauty And The Beast Remake: A Win For Feminism 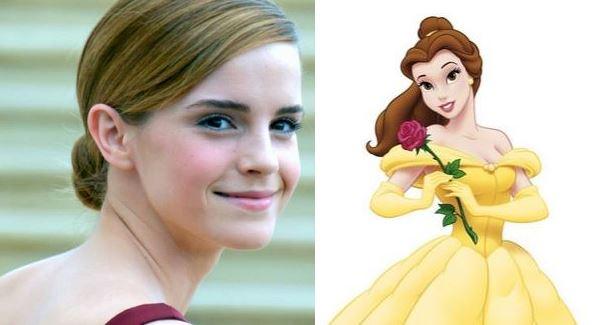 In case you're wondering why #BeautyAndTheBeast is trending outta nowhere, it's because Emma Watson announced this morning that she's signed on to portray the beloved character of Belle in a live-action version of Disney's 1991 animated landmark, Beauty and the Beast.

It's initially a surprising announcement: The UN Women's Ambassador and face of the HeForShe movement playing a princess? But when you think about it, it makes a lot of sense. Not only is Watson probably the deadest-ringer for Belle who’s working right now, but Disney's interpretation of the character—though she's now part of the sparkly-pink and creepily-sexualized Disney Princess canon—was pretty ahead of her time.

You could even call her a feminist icon. Of sorts. 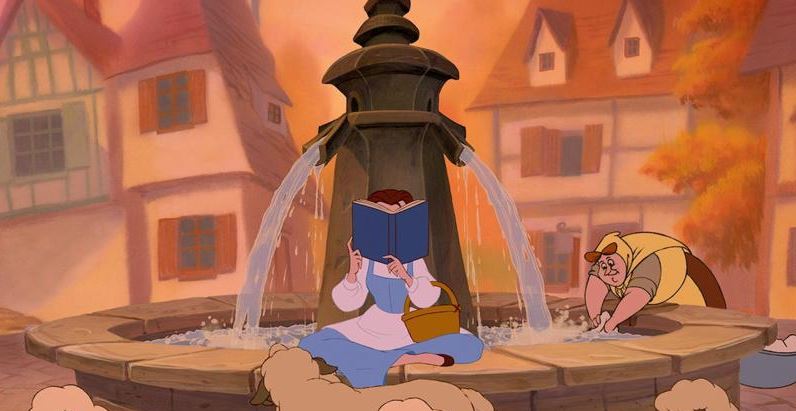 Belle comes from humble means, hangs out in libraries, and though her thoughts sometimes drift to dreams of handsome princes, it's not her defining feature. Her best friends are her dad and the family horse. She’s beautiful and seems to kinda know it (take that, One Direction), but she doesn't just fall into the arms of the first guy who comes sniffin' around—she's got standards, and the handsome-but-obnoxious Gaston does not meet them in the slightest.

She does eventually fall in love with the Beast, but they're friends first. Stockholm syndrome? Maybe. But at least her entire world didn't revolve around being whisked away by a near-stranger, like her princess predecessors. Belle was a serious departure from the typical boy-meets-girl-and-immediately-gets-married romance, which was Disney's M.O. up until the late-'80s revolution.

In fact, Belle only accepted the Beast as a romantic partner after he learned to appreciate the feminist characteristics of strength and willful independence that made her take the place of her father as captor in the first place. As Allison Craven wrote in a dissertation for the European Journal of Feminist Studies:

"Disney's Belle is a down-to-earth girl, fussy about boys, and a bit of a feminist to boot. The Disney love plot develops around the Beast's anxieties not to offend her feminist sensibilities."

Belle's not a perfect feminist prototype—who is?—but she was the first in a parade of princesses that basically obliterated the existing animated-female-character mold.

If Belle can be viewed as something of a proto-feminist icon, then Watson is surely the perfect woman to play her. Not only is she a driving political force behind women's rights, but she has heretofore remained committed to playing smart, complex female characters on screen. Her decision to play Belle, in the context of this commitment, is a subtle jab at the notion that liking fairytales and princess movies equals bad feminism.

Watson playing Belle enforces some powerful messages: namely, that falling in love does not make you weak, and that liking a boy does not instantly negate your individuality. While the earliest tellings of Beauty and the Beast might have focused quite a bit on Belle’s good looks and the in-fighting it caused between her sisters, that's the beauty of fairytale (and, for that matter, public domain) characters: They're easily updated to reflect modern sentiments. Here’s hoping Watson will bring her trademark cocktail of smarts, wit, and sass to Belle. (Who are we kidding? We know she will.)

This news also makes us suddenly excited to see what they've done with March’s live-action version of Cinderella, which, of all Disney animated features, is one of the most in need of a feminist update.

If you like this article, please share it! Your clicks keep us alive!
Tags
Emma Watson
belle
beauty and the beast
remake
casting
feminism
feminist