The Problem With The "Men Catcall Their Moms" Video 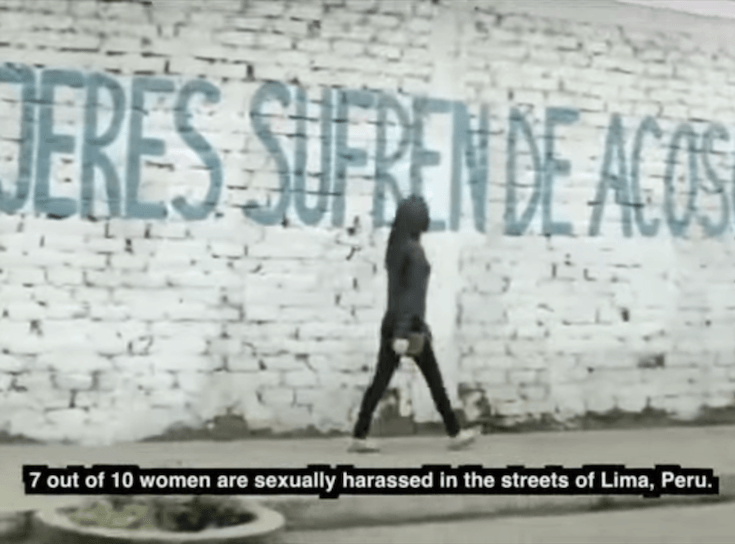 As more comes to light about the impacts of catcalling, efforts to curb it have thrived. One such effort? This viral video out of Lima, Peru, with a brilliant-in-a-ridiculous-way premise: disguise the mothers of two known street harassers in wigs and makeup, then wait for them to catcall their own moms:

As the video points out, seven out of 10 women in Peru are harassed on the streets, a startling statistic that seemingly validates the existence of such a PSA. And I admit that when I first watched this video, I loved it—even smiling when one mom hit her son in public after he inadvertently harassed her. In that moment, I wanted him to feel the pain and humiliation that I've suffered following nearly 15 years of excessive street harassment.

But then I realized something: This reaction brought me down to the level of the catcallers. And that's not a place I want to, or should, be in.

Street harassment is, after all, despicable in large part because of how dehumanizing it is. Sexist overtures to perfect strangers are crudely reductionist, steeped in the belief that women are nothing more than their bodies.

Is this any different, really, that watching men in a video berated and even beaten by their own mothers? Haven't they, too, been stripped of their humanity . . . and expressly for the purpose of our craven enjoyment?

The mothers only work to highlight the fact that these men are, in fact, someone's sons. They may be doing something worthy of scorn, but they're also people whose lives we know nothing about. Don't they deserve their humanity, just as the women they harass do?

In other words, harassing harassers doesn't curb the issue of dehumanization; it perpetuates and even revels in it. And the fact is, this will never produce the kind of change that's necessary to change the culture surrounding catcalling.

Instead of tricking men into harassing their moms, why not educate them on the effects of accumulated harassment? I believe—I truly do—that if most men could see how emotionally damaged victims of harassment are, they would reconsider their actions.

Maybe it wouldn't make for a good YouTube video—but the results would be invaluable.