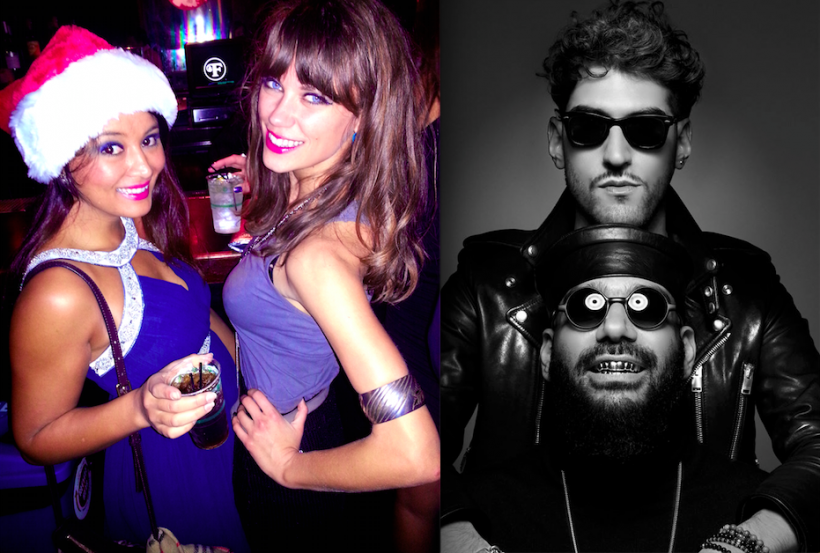 Shawna, me, and Chromeo

At what age do we all start becoming so . . . different?

With little in the way of direction, it's easy to feel misguided—as if you're pursuing the wrong path.

The night I drunkenly danced onstage with Chromeo, I wasn't thinking about any of that.

That evening in late 2013 didn't even begin innocently. At 24, I was a few months shy of the official quarter-century mark. (Meaning: I had only three gray hairs, versus the 10 I have now.) I met my friend Shawna at a bar in San Francisco's Financial District for "just one drink." We promptly befriended a gaggle of guys who were roaring drunk by 8 pm, then chatted with a middle-aged woman who explained why they weren't worth our time. Ignoring this advice, I gave my number to one of the guys out of misguided politeness. Then Shawna and I left for the holiday party of local tech company Weebly.

Let me explain something to you about startups in the Bay Area: They like to party.

This particular soiree was held at The Fillmore, an iconic local venue where Chromeo was performing a DJ set. There was an open bar.

You know what's funny? Even when alcohol is free, it still hits the body the same way. It wasn't long before Shawna and I were shakin' what our mamas gave us. (To be clear, my mama didn't give me much. It was like watching a spider twerk.) Through a crowd of techies and liquor-stained clothes, Shawna and I saw our friends *Kathryn and Sarah, at which point we all got collectively drunker.

As the DJ's spun, we inched closer to the stage. Somewhere along the journey, I lassoed in a sexy guy who joined us as we pushed further into the fray until, finally, we were at the front. Chromeo began their set with pomp and circumstance.

Sober logic would say: Watch the show. At most, take a picture of the artist so you can brag to your Instagram followers later.

Obviously, I ignored this. 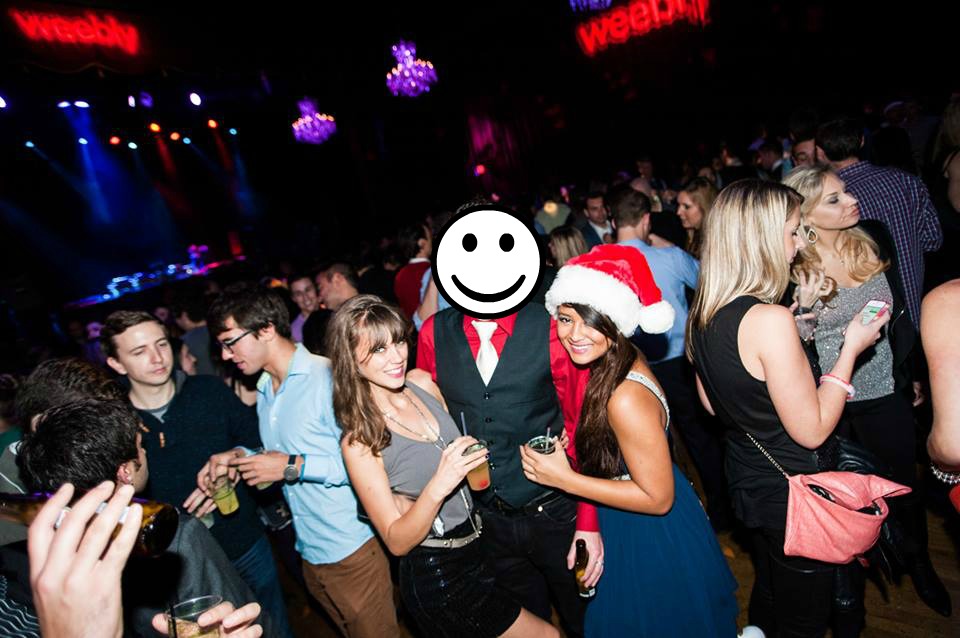 One moment, we were dancing. The next, Sarah and I were hustling our way onstage to dance beside Chromeo. Standing under the glaring lights of the stage, I could just make out Shawna as she mouthed my name. Kathryn danced beside her. My decision was obvious: I must get Shawna and Kathryn! I reached out as if they could magically grab my hand and fly up with us.

Then, a second voice cut in: NO! Survival of the fittest! I won't be young and hot forever! I must bask in the glory that is drunkenly dancing onstage with Chromeo while I still can!

As I danced before the crowd, I saw a guard beckon from the floor, trying to get us off stage. Out of the corner of my eye, I noticed a member of Chromeo make a hand signal at the guard. Sarah and I got to stay. For awhile. We gyrated and shimmied while the crowd cheered. I didn't care so much about the attention; it was the thrill of disobeying basic concert rules that got me high.

Eventually, we left the stage, the magic of the night swirling around in our heads in a kaleidoscope of colored lights.

Fortunately, the guy I met was morally solid. We shared a cab back to his place, and I woke up the following morning with no recollection of his name or how I knew him. We found Shawna downstairs on a pink couch, rallied the troops, and grabbed brunch.

Shawna and I parted ways that afternoon laughing and clutching each other in hysterics, the bright day obscuring the dirty details from the previous night. What shots were swallowed? Was that guy actually hot, or was it beer goggles? Did Chromeo reply to that tweet we sent them?

If I were to tell this story over afternoon high tea, I'd lie and say this was my wildest night. But it wasn't. Not by a long shot. I've been reckless with my health and safety on numerous occasions. Jump off a giant waterfall? Sure! Hang out with firemen at a Vegas pool party? I'm there! Take shots on a Tuesday? Where and when?

When I observe my circle of friends, I see homeowners, married couples, mothers, intimidating academic degrees. Then, there's me. I like to party. I have a full-time job, but I still go out and act irresponsibly on weeknights. Though I've made efforts to improve my foresight since that evening, I can still act irresponsible and immature.

Lately, I've begun to fear that I'm not spending my 20s correctly. I wonder how I will perceive this time in my life in a decade or so. Will I be angry at myself for not making solid investments? Is it a mistake that I've failed to do things of real value? Have I been, at times, too reckless?

In short: Am I the "token trainwreck"?

Once, my friends kidnapped me in a Napa-bound limo after a Giants game, and the following morning I shared these fears with my friend Max. He was shocked that I saw myself as "the trainwreck" of the group.

"Giana!" he said with a half laugh, half exasperated shout. "No one thinks that about you. I promise. Whatever you're going through is just a phase."

So I started asking around. And lo and behold, many people said they see themselves as "the trainwreck." I quickly gleaned that most people in their 20s—be they a successful lawyer or struggling artist—feel unsure about where they are in life. Those making investments fret about making a profit. Young parents may love their babies, but still worry that they're messing up at every turn. No matter how established someone appears, there are insecurities and doubts lurking beneath the veneer of stability. If I preferred knitting over bar hopping, I would find something else to fear about my future.

Should I change some of my ways? Absolutely. (I'm working on it.) But the truth is, as of this moment, I have no idea what I want out of life. I just hope I figure it out eventually, and learn some valuable lessons along the way.

Or maybe I can just enjoy the ride.

*name has been changed