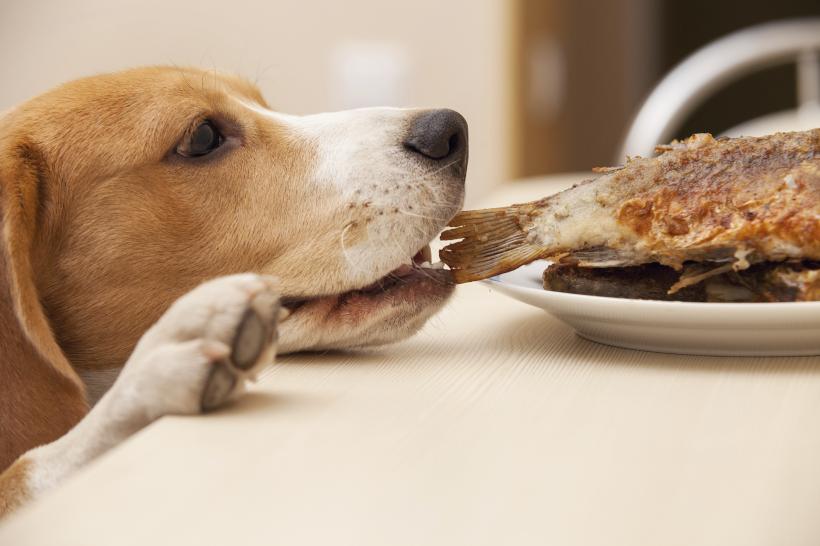 My son recently asked for the umpteenth million time whether we could get a dog. My wife then explained to him for the umpteenth million time that our large, neurotic, somewhat crazy Siamese cat, Webley, would not tolerate a dog. When we got a second cat, the large, neurotic Siamese cat lost what little mind he had in his wedge-shaped brain and tormented her and us with mournful cries and bizarre ambushes in the wee hours, generally on top of my wife's face. When the second cat got ill and died, we determined that violent battles on my wife's face were to be avoided, and that we would never get another cat again.

This reasoning had always seemed to apply rather soundly to a potential dog as well. But suddenly I had a doubt. "Hey," I said. "Maybe Webley wouldn't hate a dog as much. Who knows what the deal is with his brain? Maybe he's just freaked out by cats."

This was a severe tactical error on my part.

I've never had a dog, and am not really all that interested in getting a dog. My suspicion is that, since I'm the one who works from home, most of the dog-walking would fall to me, despite fervent promises to the contrary from assorted other family members. And since it's 5˚ at the moment here in Chicago, the thought of walking a dog two or three times a day isn't necessarily all that appealing.

I had sort of vaguely thought that we might think about getting a dog sometime in the distant future, say a year or two down the road. Certainly, I'd thought, we could wait till after winter, so at least—at first—we'd be walking the dog in more humane temperatures. But no. As soon as she realized it was a possibility, my wife began contacting greyhound rescue places and trying to find a "doggie" who was cat friendly. She and the boy eagerly looked at pictures of big greyhounds and small greyhounds and greyhounds with adorably floppy ears. "Don't you want to see the adorably floppy ears?" my wife asked.

I didn't really. I figure I'll have plenty of time to look at floppy ears when the dog actually shows up. I was interested to learn though that we will need to rig up some sort of latch for the bathroom door to keep the dog out, because otherwise he will find the cat's litterbox and eat the cat poop. Dogs, my wife explained to me with great cheer, are disgusting.

She looked at me sternly. "Ears!"

But it will terminable soon. We are supposed to fetch the dog this coming weekend. The excitement and trepidation is high, for everyone except the cat, who doesn't know what's bearing down on him. He looks up with his usual neurotic, blank stare and meows for a brushing. Little does he know that he is shortly going to have a rival for his affections who will also eat his poop. It's a bit sad; I feel like I should warn him. "A dog is coming," I say. "You can't talk to a cat," Webley reminds me.

But maybe he'll like the dog. He appreciates body heat, so that's an interest they'll probably have in common. I am fond of body heat as well, and I wouldn't mind a dog to snuggle with. The cat generally prefers my wife, in part because it does not realize the betrayal she is planning. The cat already vomits all over the place, and for a while there was peeing on the bed every other day. And of course when the boy was smaller there was diaper changing; a dog can't be worse than that, can it? How many disgusting bodily substances can a dog add to our home, anyway?

I'll find out soon. By next week our house will ring to the clatter of doggy toenails, and possibly the screeches of a horrified cat. Not that I want the kitty to be upset, but I'm hoping for a mild protest at least. If he loves the greyhound too much, I'm worried that the dog lobby might start pushing for another host of floppy ears.

If you like this article, please share it! Your clicks keep us alive!
Tags
getting a dog
siamese cats
neurotic cats
greyhound rescues
family
raising a son
marriage