How Men Can Be Better Allies For Women 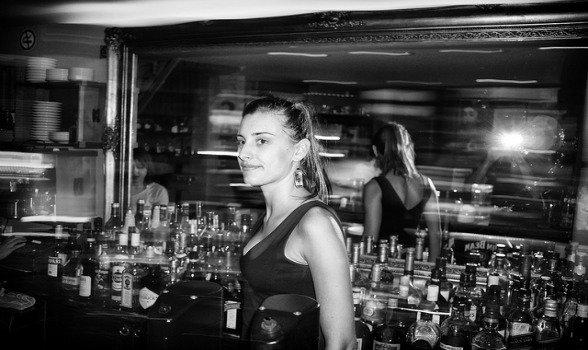 While at a bar watching a sporting event, a man seated several stools down badgered the bartender with an incorrigible case of male chauvinism. Nobody paid attention, or at least that’s how it appeared. You could tell by the look on the young woman’s face that she was getting exasperated by this man’s dogged, lame attempts at seduction.

It was hard for me to converse with my friend and watch the game on TV, as I found it difficult to ignore this one-sided exchange. What’s more: I didn’t want to ignore it.

After a few instances, I began to turn in his direction and shoot him a pronounced glare. A couple times I tried to get his attention, but to no avail. In retrospect, I feel guilty for not doing anything. I was hesitant and floundered in stifled complicity.

Despite this, the man’s inability to take a hint made me a bit uncomfortable. After he left—without her number—I spoke with the bartender. I cannot recall what I said, but I did condemn the man’s actions. The strain left her facial expressions, her smile was no longer forced, and she briefly revealed to me what it felt like being subjected to obnoxious patrons like this.

Aside from my failure to be more candid, what also concerns me about this incident was how incredibly easy it was for those surrounding this man to tune out or overlook what was taking place. Not surprisingly, most (if not all) those seated at the bar were men. The fact that this woman was continually hounded without any interference or noticeable discomfort from others is revealing, and not in a good way.

In Christopher Nolan’s film The Dark Knight, there was one particularly memorable line by The Joker where he reflects upon how we as a society accept and almost expect certain occasions or behavior due to them being “part of the plan.” Is this not the case also when, for example, men catcall or otherwise harass women despite lack of consent and interest? Aren’t these deplorable antics implicitly deemed acceptable (normal) and, thus, “according to plan”?

Sure, men can—as I do—promote and support women equality in the more recognizable arenas of politics and economics, but what about the subtleties of bias that have been drilled into our mindsets due to continued, fortified exposure to social influences?

I wager that even the more well-meaning among us occasionally (or even regularly) fall prey to indirect complicity. Despite not responding appropriately to the bar situation, I was aware of what was taking place. But what about all the things I don’t see or simply “don’t get” due to male privilege?

From here, I took the next logical step: I consulted women.

By doing this, I unwittingly fulfilled two of the three “how to’s” I noted in my LA Progressive piece, “How Humanists Can Be #BlackLivesMatter Allies.” In seeking counsel from several women, I granted a platform and participated in perspective-taking, both means by which one ruminates over input from the ostracized out-group. The similarity in strategy makes sense when we consider how the nature of oppression and discrimination operate on an intersectional, fundamental level. I found dialogue regarding blind spots based principally upon my male privilege to be very illuminating, and this is something that I now try to do on a regular basis.

In my talks, I found that, though I was aware of bits and pieces, my view is yet veiled and my senses dulled. There are various ways in which men, even allies to feminist goals, unwittingly participate in the degradation of women: Talking over women. Using female descriptors as pejoratives. Ignoring the argument or opinion of a woman in preference of other men. These are but a mere sample of all the ways men routinely invalidate or diminish the value and voice of women.

Something else: What may be a worthwhile analogy is seeing male privilege as if it were a species of cultural myth. It’s very difficult for an individual to comprehend the privilege they benefit from if they exist within a culture where most all believe a particular thing. Myths—when you are on the inside observing it—tend to be seen as true descriptions of the world, the way things really are. Privilege, like myths, relies upon a particular narrative that a culture tells itself that encode certain beliefs, whether true, false, or a misrepresentation of reality that creates in-groups and out-groups.

In our commitment to be better allies to women equality, men should pay special attention to the very premises of thoughts concerning women. Metacognition, or thinking about our thinking, is a great asset to the one who wishes to examine and reconsider cultural assumptions and everyday male-female interactions.

While there is much research on metacognition, especially relating to teaching metacognition to students, one need only consider Socrates, who formulated a kind of metacognitive approach. Socrates seemingly lived a life centered on the Platonic declaration, “The unexamined life is not worth living.” In his unending quest for truth, it was common for him to employ the Socratic Method: an attempt to get to the foundation of a belief that supports a particular view by employing a barrage of questions. It would be rewarding to self-prescribe this means of investigation, as it forces the examiner to deconstruct the belief, consider its origins, and appraise its validity.

While metacognition is an extremely fruitful mental exercise one should frequently observe, it would be infinitely more advantageous if it were coupled with inquiring after the guidance of women. Their lived experiences can teach us everything we need to know about the very subjection we seek to destabilize.

How Men Can Be Better Allies For Women
Sincere T. Kirabo