My Story Of Starvation Began At Age 7 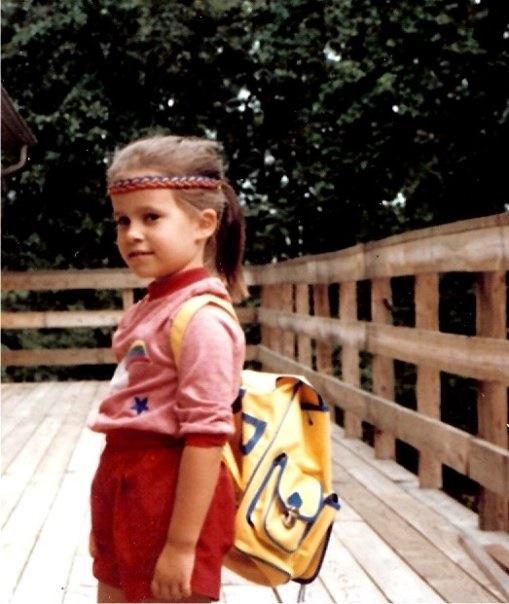 It was at this point when my starvation began at age 7 that I wondered: Am I controlling my body or is my body controlling me?

I'll never forget the day I was told that I was "getting fat." I didn't perceive myself this way—after all, I was only 7 years old.

I remember proclaiming, "It must be my baggy shirt," then tugging on its purple threads to prove it was the shirt's fault. I continued to rub my hands down my flat chest to reveal my hidden frame. "See. I'm tiny. I'm still a little girl." After walking away, the newfound knowledge that I might be fat weighed far more heavily on me than my baggy purple shirt. The seed was planted.

At age 7, I began counting calories and lost 7 pounds. I remember that number because I had apparently done better than my grandmother, who had also recently gone on a diet. "Seven pounds!?" She looked me up and down with a discerning eye. "How did you do it?" This was the beginning of trading dieting secrets within the family; old, young, it didn't matter.

I remember the joy in knowing my family was proud of me. I could sit on my father's lap again. Being perceived as skinny equated to approval, attention, and love. I was learning.

Three years later, at age 10, my parents divorced. As if experiencing an earthquake, everything shifted, and I realized for the first time that I was not in control. Nothing was sacred. Nothing was safe. 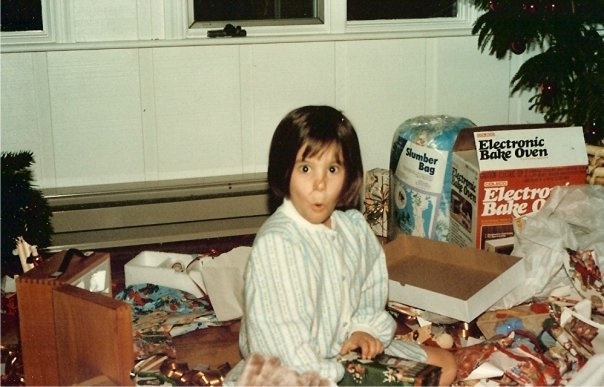 I had to control something—and the only thing I had control over was my body. I thought a skinny body would give me what I wanted, because everything I wanted now felt missing. I felt this was my only choice.

I started to diet again.

During a sweltering Virginia summer, I started my first job, working in the attic of an aluminum warehouse with no air conditioning. Sweat stung my eyes, but I was working to save up for an exercise machine. It was worth it. My body was going to look amazing!

At 12 years old, I stopped eating past 3 p.m. I would go to bed with hunger pains. If my stomach was full, I could not sleep; it was the shattering pain that lulled me into slumber. During the day, I took a piece of bread in my backpack with me to school, in case my stomach started to make noises and burn. I would eat a corner of the bread to calm it. Look what I can do, I thought to myself.

By age 14, I was 72 pounds. You could count my ribs. "You're skinny like a model!" I was told. Friends were in awe of my self-control and will power.

I remember asking myself this question while in a gas station restroom puking up all the Hostess cakes I gorged on while waiting for an appointment with a psychologist. (Eventually, I would stop purging and just starve myself. It was more gratifying; I felt more in control.) The therapy session was for depression. I didn't know I had an eating disorder. No one knew, including my therapist. As my therapist cried for me, I stared at her blankly with the taste of stale vomit still in my mouth. But I could not cry with her. I could not cry for me. I could not cry for many years.

Her words were nothing but an echo because I was empty. I absorbed nothing. I had shut down. We got nowhere. All I got was a spot in the longest pharmacy line ever. Antidepressant drugs: Zoloft. Desipramine. Imipramine. Lithium. Prozac. Wellbutrin. Depakote. It only added to the list of things I hated. I hated drugs. I hated myself.

I began sleeping on the floor. I had my first panic attack and started hallucinating. I awakened in the middle of the night screaming because spiders were crawling from the ceiling and descending all over my body. The impact of the drugs was worse than my depression. I was literally going insane.

Eventually I was told I was "too thin." But no one ever told me when I was just right. It would be several years of controlling, self-destructive behavior before I started digging up that seed that was planted so long ago. It was a transformation that would last through several years of my adulthood, into my 30s.

We live in a world where we are unable to define anything without the context of a comparison. We will never be just right because we will always be more or less than someone or something else.

Now I'm 38, and I know my story is not uncommon. I can only think of a handful of friends who have not struggled with eating disorders or food issues at some point in their lives. Currently, I have what I would consider a decent relationship with food—but it is not perfect. What I am learning is that I'm imperfectly perfect, just the way I am. I am just right.