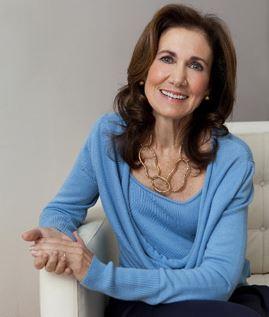 This is a guest post by Dr. Vivian Diller, author of Face It: What Women Really Feel As Their Looks Change, from Ravishly's special Conversation series on the cosmetic surgery debate. Have a story or perspective you'd like to share? Email ravishly@ravishly.com.

The widespread shock and condemnation of Renee Zellweger's "new face" a few weeks ago would have you believe that no man or woman would ever fall victim to her fate. Meanwhile, over 11 million surgical and non-surgical cosmetic procedures were performed last year in the U.S. alone. And, according to the American Society for Aesthetic Plastic Surgery (ASAPS), the trend will continue to rise as it has since the 2008 recession, when people began "investing in themselves once again."

What's really going on out there? The truth is, cosmetic surgery is becoming normalized and its rising popularization both entices and scares us. The answer as to why can be found somewhere between the change in consumer psychology and a shift in how providers market their services.

We have been living in a youth- and beauty-obsessed culture for a long time now—so long that we barely blink at the constant barrage of air brushed and photo-shopped images that reinforce it. The yearning for an ideal image is presented as an imperative. The pressure is incessant. While men feel some of it—accounting for about a million cosmetic procedures this year—it compares to 10.3 million performed on women, who feel it more.

In short, there is no escaping its influence.

Today, this pressure impacts the psychology of average, everyday people in ways that once largely did only those in the spotlight—the rich and famous, models, actors and celebrities. Girls as early as age 6 report being preoccupied by the way they look, basing their standards of beauty on body perfection. Both boys and girls grow up surrounded by digitally altered imagery, expecting to look like what they see as they emerge into adults. Websites and reality shows tout life-altering effects from plastic surgery, making going under the knife a reasonable means to achieve beauty. Before and after photos present smoothed skin, newly shaped noses, uplifted round breasts, and flattened tummies, created as if by magic, convincing consumers of all ages that they too can have these transformations if they just find the money and doctor to do the job. 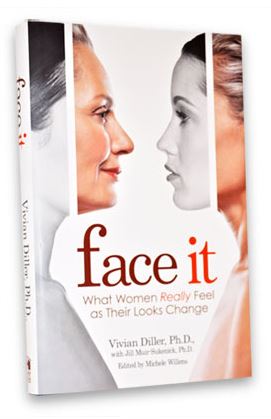 As cosmetic procedures have become fine-tuned, surgeons, dermatologists and cosmeticians are more comfortable offering them as a routine part of their patients' health care and beauty regimen. With less down time and fewer negative consequences, patients can look better and younger with minimal risk and without making radical changes to their appearance. While many providers are enthusiastic about being able to offer improved products and services, they also benefit from a culture driven by ideal imagery. These days, it's not uncommon to hear providers say, "make subtle changes, start early and you can avoid years of work later on." Those words to someone with body image issues are highly persuasive.

Cosmetic surgery is a booming and growing business, totaling more than $12 billion at last count, so marketing to all ages and both genders doesn't surprise me. Younger people now consider it in ways few did in the past. Teens who would have been candidates for surgery only to repair facial and body disfigurements, are now turning to it as a way of avoiding bullying. Twenty-somethings are enticed by alterations to enhance self-esteem or to get a leg up on the competition personally and professionally. It's not hard to imagine youngsters begging their parents for surgery much the way they now ask for a new wardrobe or a cool car to feel more socially desirable. While surgeons hesitate to work on patients under 18 (it requires parental consent), this trend will continue to rise as surgery is viewed as a potential solution to adolescent and millennial angst.

For the "more mature" person, by whom I mean the 30-plus crowd, cosmetic surgery is currently being marketed less to change the way they look, and more to help them look the best they can. This shift was in large part due to baby boomers who reacted negatively, or at least with great ambivalence, to the puffed up faces and dramatic facelifts that beleaguered their generation. Surgeons and dermatologists responded by encouraging them to achieve the "rested, refreshed" look, a way to match the outside with the inside. These less drastic procedures that promise shorter recovery times and fewer risks, have now filtered down to the boomers' babies.

No doubt there are times when cosmetic surgery provides life-changing experiences. No one would argue against correcting congenital defects or repairing disfigurements resulting from accidents. And, there are times when altering physical features clearly improve one's lifestyle—breast reduction and deviated septum correction are two common ones. There are even cases when the psychological discomfort brought on by premature signs of aging warrant minor work. But while I support all of these efforts, I'm opposed to surgery that promotes homogenized beauty.

Attractiveness comes in lots of different shapes and sizes—as does beauty at different ages—but trying to turn back the clock is a never-ending and ultimately unwinnable battle. And the notion that cosmetic surgery is a "simple beauty treatment" is a contradiction in terms, a paradox of sorts. Surgery is almost never simple, physically or psychologically, and the more we believe it's a solution to our beauty needs, the less beautiful we tend to feel.