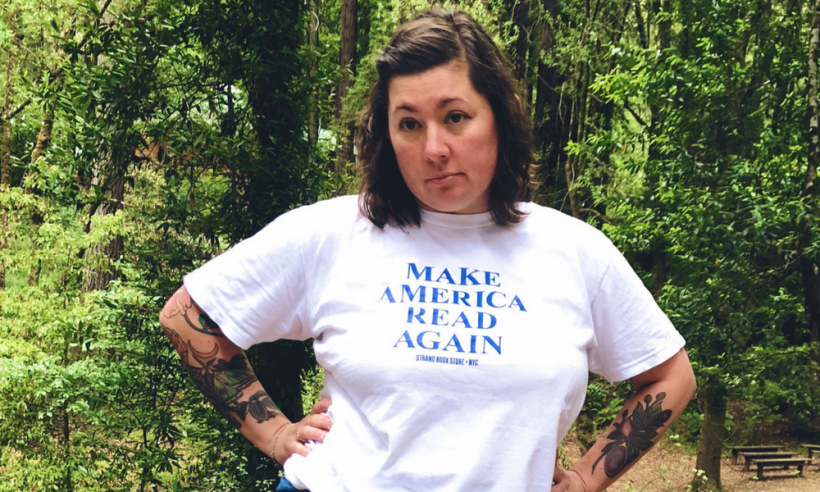 Seriously, I didn’t even know I HAD cleavage wrinkles.

If you have boobs (and are in a place that it would not be too conspicuous to do so), I’d like you to take a moment now to look down your shirt.

1. Do you have cleavage wrinkles?

2. Did you know you had cleavage wrinkles before I asked you to look down your shirt?

I did not know that the wrinkles between my boobs were an issue (or even a THING) until I got an email from a company that makes a bra designed to repair/prevent them. It’s called bravity. (GET IT? IT’S LIKE GRAVITY. But for boobs.) 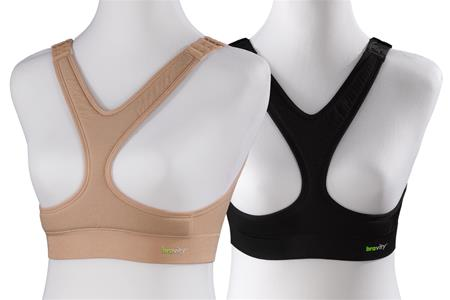 Yes, that is the front.

I mean, don’t get me wrong, I appreciate that they wanted to send me one to review (for FREE), but I am just not interested.

First of all, it looks ridiculous.

Secondly, I HATE BRAS. Why would I want to wear one in my SLEEP of all times?

Thirdly, WHY ARE MY BOOB WRINKLES A PROBLEM?

Seriously, I didn’t even know I HAD boob wrinkles. Now, not only do I know that I have them, I am supposed to be worried about them? This is capitalism at its finest. A company creates a false problem and then offers a solution that is expensive (and ultimately shifts money from your bank account to theirs.)

Age spots. Body hair. Lips that are too small or too creased. Cleavage wrinkles.

It’s easy to name dozens of “beauty” products that fall into this category of false necessity. “Beauty” is an easy target because culturally we’ve been taught to value our looks more than almost anything. Beauty is the currency that buys you love, recognition, happiness — or at least that’s what they’ve told us.

But it’s not limited to beauty. There are also the things we’ve been made to believe we need for our kids. Once, a company sent me a child’s water bottle with a video game on the front. The idea was that when the child drank sufficient water, they’d get a new character. When they met their daily goal, they’d get some fireworks or something.

Meanwhile, the water bottle would (via Bluetooth) keep mom or dad updated as to the child’s hydration status. Like I have so much free time during my day that I am going to check an app to make sure my child is getting adequate fluid. Okay, I’ll admit, it was cute. I fell headlong for the cute. It was also $120 — FOR A WATER BOTTLE. If you’ve got money to burn, cool, buy a $120 water bottle for your seven-year-old that they will promptly drop and break. Then buy another one or whatever.

But, even if you have so much money that your bank account can’t contain it all, I think we can all agree that a computerized water bottle is an invented necessity. If you live in a developed nation, your hydration is probably not critically low. And if it is, you can probably locate a source of water fairly easily.

Things that are entirely unnecessary but that we are being convinced that we need?

There are just so many things capitalism is trying to convince you that you need.

Things you think you need for your baby/kids: Wipe warmers. Special trash cans for poopy diapers. Almost every toy ever. Electronic water bottles. Smartphones. One million other products.

There is, of course, the argument that some of these things make life easier. After all, isn’t that what evolution is about? Developing new tools. Sadly, one of the tools we’ve developed is making people believe what they have is not enough. We believe that until we have the best of everything, we need more. We believe this so thoroughly that we are blind to the genuine evidence that this is capitalism effectively convincing us that to be worth a shit, we, in effect, need to give them our money.

I’m going to call bullshit. Bullshit on the water bottle. Bullshit on the yoga pants. Bullshit on a new car and a new phone and a new floor. Bullshit on my boob wrinkles. And I’m going to encourage you to do the same. To critically think about whether a thing being sold to you so aggressively is a thing that you actually need or just a thing someone wants you to think you need. Are you cleavage wrinkles a real or invented problem?

Further, what could you do with the money that you don’t spend on the garbage that you really don’t need?

And even further, how is this culture of you never being enough, literally ever, impacting your mental and emotional wellness?

Back when paper magazines were still a thing, I used to have multiple subscriptions to a variety of decorating magazines. One day I was flipping through the pages of a Country Living, and I found myself thinking that my home would never be the way I wanted it. I would never have the furnishings I wanted. I would never have the money to overhaul my decor when a new style took hold. It would just never be perfect. No one had ever told me that the problem wasn’t my house. The problem was the magazine making me think my house was the problem. In a move to save my sanity (and my money), I canceled the subscriptions.

If you like this article, please share it! Your clicks keep us alive!
Tags
Capitalism
diet
beauty
cleavage wrinkles 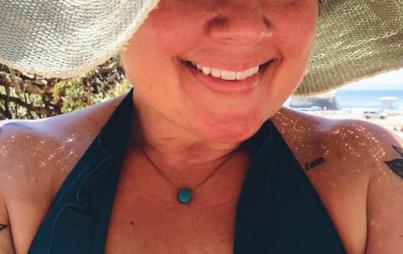 I'm Happy In My Fat Body, But I Miss Being Thin