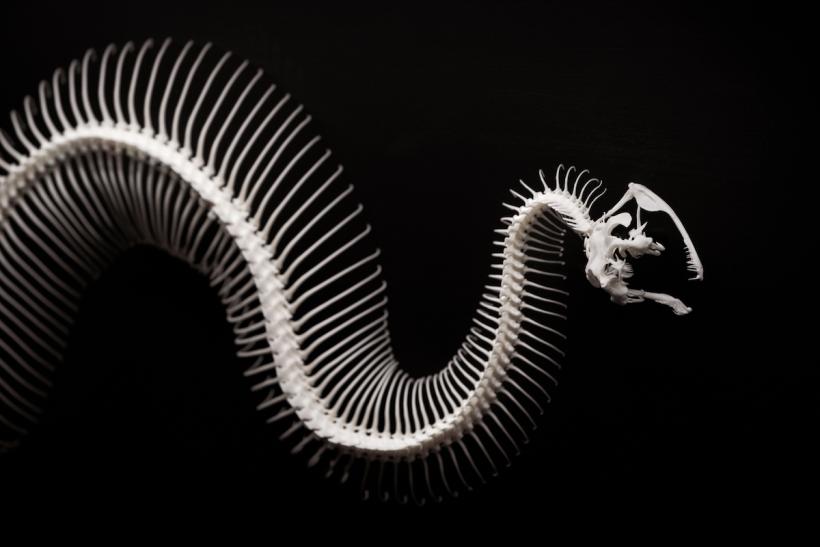 Photo by Samuel Zeller on Unsplash

I know. I know that being fat is hard. It’s hard to buy clothes. It’s hard to be in a room of smaller people who you know might be thinking about all the ways you are lazy or stupid or undisciplined. It’s hard to move through a world that is not designed for your body.

It’s hard to live in a culture that so values thinness that it would encourage you to harm your body to achieve it.

Before I tell you how harmful this new “diet” is, let me tell you two things about myself.

I have not always been fat. I have been all sizes from very thin to pretty fat. I have attained thinness through diets, eating disorders, obsessive exercise, eating very limited types of food, and eating no food at all.

I have training in anatomy, physiology, eating disorders, and nutrition (in nursing school, but also above and beyond what we learn in nursing school.) I’m not saying I’m more intelligent or educated than the “Snake-Diet” founder, I’m just saying if you had to pick, which of us would you trust with your life? A yoked up dude in a muscle shirt screaming at you from his kitchen? Or a  medical professional with literally no vested financial interest in your weight loss?

I’m telling you those two things because I want you to know that I know how it feels to be fat and desperate. I also know both intellectually and logically how harmful some of what we do to our bodies is — because I’ve done it. Further, I know that education is not necessarily an inoculation against the genuine, profound pressure to be thin. That is to say, you are not stupid. You are a product of a culture that hates your body and has made you hate yourself.

Another thing I know is that being thin will not solve your problems. It will not automatically make you happier than you are fat and it might harm you — very gravely — in the process.

First, what exactly is the “Snake-Diet?”

It’s essentially fasting under a fancier name (with some added features.) You stop eating. You mix up what amounts to some flavorless Gatorade which you can drink when you feel like you’re going to die (but first you drink your urine).

BUT BUT BUT, JONI, you lose weight!

Of course, you lose weight. That’s what happens when you don’t eat. That doesn’t make it a good idea though.

I know this is pretty obvious. But just in case it wasn’t, let me tell you some of the ways snakes and humans differ.

Snakes are cold-blooded reptiles. They rely on the temperature of their environment to regulate their body temperature (and thus, metabolism). This means when it’s cold, they don’t digest food at all. This also means that most snakes you see in captivity are under a heat lamp. They require it.

Snakes also don’t give live birth, don’t nurse their offspring, don’t perform advanced anatomical functions (like walking), and have brains the size of your thumbnail.

2. Your body needs fuel to operate.

Fasting in and of itself is not automatically harmful. You fast every day. That’s right! You eat dinner. You go to bed. You wake up. You break the fast with, yep, breakfast.

Fasting just means going without food (or drink, depending on the fast) for a period of time.

Fasting is not inherently bad. It’s actually an important way that your body resets its levels of things like insulin.

However, going for several days (or weeks, as the “Snake-Diet” founder yells at us fatties to) is not the key to optimal human function.

If you’re hydrated, IF, then your pee is about 95% water; not too bad. But if you’re not, and if you’re fasting you WON’T BE, then it’s not. Urine is what happens after your kidneys do their job of filtering. What is left is waste — nitrogen, potassium, and calcium. These won’t kill you. And yes, some folks have survived very grave circumstances by drinking their pee. Like remember that guy who had to cut off his own arm in a canyon in Utah? He drank his pee. He also CUT OFF HIS OWN ARM.

Your day to day life is not a dire circumstance. There is water available almost everywhere you turn. There are entire companies whose business model is hydration. You do not have to drink your pee. WHY WOULD YOU DRINK YOUR PEE IF YOU DO NOT HAVE TO?

4. The alternative beverage suggested is not nutrition.

It's called "Snake Juice," and it's a mix of potassium chloride (KCl), sodium chloride (salt), and sodium bicarbonate (baking soda). This is like Gatorade, only gross (without sugar or flavor). Without going into a physiology lesson you don’t care about, let me just tell you, it’s essentially the bare minimum of electrolytes you need to keep your heart pumping and your muscles moving (sodium and potassium, mostly).

This will only keep you from feeling like you’re dying. Your body is meant to function that way. Not to lose weight. Not even to just survive.

5. “Fad” diets are “fads” because they are neither tried nor true.

If they were, they wouldn’t be a fad, they’d just be how we eat.

If it’s a fad, that’s your first indicator that you should be wary of it.

6. If you have had an eating disorder, this is an almost surefire trigger for another one.

Because it IS one. But even if you can fool yourself into thinking it’s somehow “good for you,” not eating is a very slippery slope.

7. If you have never had an eating disorder, you do now.

You can dress it up in whatever language you’d like, but this is an eating disorder.

Not eating for days at a time is abnormal. The end.

I am sorry we live in a world that has made you feel so fundamentally shitty about yourself that you’d stop eating to try to fix the body it has made you believe is broken. I want a life of happiness for you and I want you to know that this is not how you’ll get it. The first step to a life of peace and joy is to shelf the idea that your body is the problem.