This Sh*t Brings Me Joy: Konmari For Poor Folks 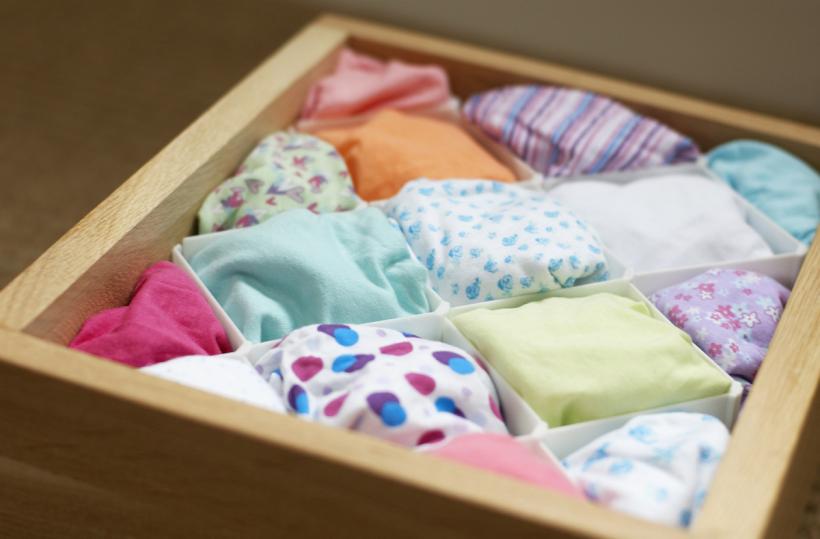 There are definitely classist roots in here, but I still like Konmari. Image: Thinkstock.

As a person living in poverty, I think joy includes a feeling of security — knowing that your needs (or at least some of them) are going to be met.

By now, you have almost certainly heard of the Konmari method, Marie Kondo’s tidying and organization technique.

I’m not telling you anything you can’t easily find on Pinterest when I say that her book, The Life-Changing Magic Of Tidying Up, outlines how you can achieve physical minimalism — and therefore greater happiness — by assessing whether or not your possessions spark joy and discarding the ones that don’t. This is done in a very specific order (which was actually inspired a semi-mystical experience).

You’ve probably also seen some of the satirical pieces floating around the Internet about Konmari. Some of them are deeply funny!

However, many of them have the same basic punchline: Marie Kondo wants you to get rid of your toilet because it does not bring you joy; but after you’ve done that, where on earth will you poop?

You may have also seen some of the excellent analysis and critique of Konmari specifically, and minimalism generally, having to do with class. There are some really good points out there!

Of course, many of us can’t afford to do that.

And then there’s the popular critique that getting rid of all of your stuff is all well and good if you are childfree, but if you have the fortune (or misfortune) to have children, they literally will not let you.

I’m not sure if I’m here to defend Konmari or not. Maybe I am — sometimes it feels like I am. If you think the whole idea is stupid, then you probably shouldn’t do it, and I’m not about to try to change your mind.

I guess what I want, as one extremely broke mama, is to insert a little nuance into the conversation.

Basically, I want to level with you about joy.

My great-grandmother taught me to sort all of my stuff into three piles — “keep,” “recycle/trash,” and “maybe.” Then, she said, appropriately dispose of everything that's not in the “keep” pile and never look back.

Konmari is different from other tidying methods in one key way: The metric used for whether or not to keep something is joy.

When I get 20 minutes to go through the spare room while the baby is sleeping, the last thing I’m asking myself is, “Now, wait, is this considered ‘miscellany’ or ‘paper products?’”

Kondo describes joy as a physical sensation. You are supposed to actually touch all of your possessions and ask yourself, “Does this bring me joy?” If you don’t feel it, you know not to keep it.

This idea gets some flack, and for good reason! We poor and working-class folk have lots and lots of things we don’t even like but we simply can’t afford to get rid of.

Maybe you really hate your refrigerator — it came with your house and it’s an off-yellow color side-by-side that can't even hold a good-size frozen pizza in the freezer. But that doesn’t mean you can get a new one; you need something to keep the milk cold in.

I have written before about my adventures in navigating poverty as a parent. I think about classism pretty much all the damn time. And I do think there are some classist ideas perpetuated by Konmari and some of its devotes.

It’s worth noting that before writing her book, Kondo worked as professional consultant for people who can afford to pay someone to come into their home and tell them to throw stuff away.

There are definitely classist roots in here, but I still like Konmari.

I’m still using it, or at least a modified version of it, to help me purge.

So here are three ways I make the bones of the method work for me, while being poor and wrangling a baby:

1. I use an expanded and loosey-goosey definition of the word “joy.”

Konmari makes you physically touch all of your crap to see if it “sparks joy.”

I love this so much. And despite the haters, yeah, having a functional toilet brings me joy.

Joy is totally subjective, which I use to my advantage. As a person living in poverty, I think joy includes a feeling of security — knowing your needs (or at least some of them) are going to be met.

The example I like to use is tools. I have a cheap set of tools that I’ve had my entire adult life. They are neither nice nor high-quality; they came in a plastic toolbox that never worked well, and the plastic latch has long since broken.

You might assume that an item like that would be the first thing to go, because how could that bring joy?

But knowing that I have one of each kind of screwdriver, should I need to fix something on the fly? That brings me a hell of a lot of joy.

Marie Kondo recommends that you go through her process all at once, as quickly as possible. She includes steps like putting your entire wardrobe where you can see it all at once.

I can, theoretically, understand how such things would be useful. But look, time is money, and that stuff is extremely time-consuming.

A sustained six-month purge can’t happen in my life. So instead, we do what we can, when we can.

One day, my wife and I went through all of our books together and got rid of a third of them.

It was easily the best day of our marriage.

But there was no way in hell we could do it again the next day — we have a kid to take care of.

3. I try to use the official order, but I sometimes I can't — in which case, I don't sweat it.

Similar to the point above, I appreciate that Kondo has real reasons (and that weird mystical experience!) for the tidying order that she advocates.

I respect that. Really, I do.

But when I get 20 minutes to go through the spare room while the baby is sleeping, the last thing I’m asking myself is, Now, wait, is this considered “miscellany” or “paper products?”

If it doesn’t pass the joy test, out it goes.

Ultimately, I like using joy as a metric because I feel like it makes the process more personal. So many other methods of de-cluttering pressure you to get rid of a certain amount of stuff, or to only have things that are useful, but Konmari doesn’t judge me like that.

Konmari says that I can be a total pack-rat about my art supplies — what matters is whether or not they brings me joy.

Measuring it that way means that I’m less likely to have remorse over the stuff that I do get rid of.

This way, I'm more likely to inch just a little bit closer to the goal of more happiness and less stuff.