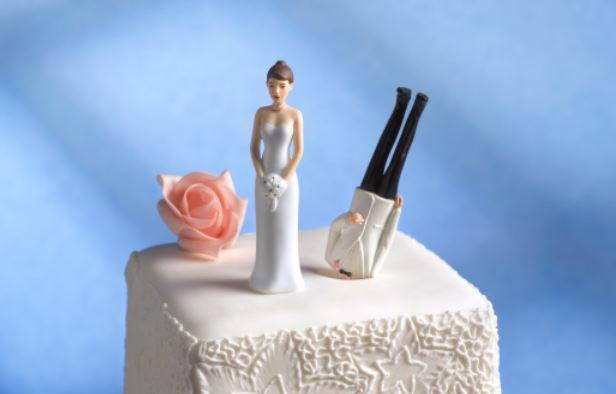 If we want men to stop playing the “crazy” card and expect women to stop implying that men are stupid, we have to relinquish the power we’ve held in our respective gender roles.

You know the moment. You’re at a backyard barbeque when one of the wives starts telling silly tales of her husband’s misdeeds. She tells them with a smile and may even be hugging her husband when she does it. Still, though, there’s this cord of tension that you can just feel. She’s mocking him in front of his friends and is doing it in such a way that he will seem “sensitive” if he gets upset about it.

It might be called “passive-aggressive.” Instead of saying what’s really bothering her, she lets him know through “a joke.” Others may call it “emotional manipulation.” She’s being mean and then making him feel like he’s over-reacting if he brings it up or gets offended because she was “just joking.”

Maybe as an isolated incident, we can look at this as simple, emotional manipulation. However, this isn’t just one incident. It’s part of a larger pattern where women are seeking control by implying that men are stupid. It’s a move for power in an area where they are feeling a loss of control.

Yashar Ali noted a few years ago that men engage in a power play with women, too, by implying they are “crazy.” He called this "gaslighting" and explained that men, when placed in defensive positions, will act and speak in such a way that it is implied a woman is crazy for having the reaction that she is.

Men are showing themselves to be exceedingly adept in areas that we have been socialized to see as “feminine” or something that women just do better.

This is the same reason men began engaging in gaslighting . . . because women were beginning to excel in areas where traditionally men succeeded. This gender warfare is the unfortunate side effect of the fight both men and women are having for gender equality.

Argue With Our Good Intent When Confronted

It can be hard for any of us to admit when we’ve been let down or when our feelings have been hurt. It’s hard to hear it, too. Women, in an attempt to ease the discomfort, can play the “but look at everything I have done for you” card when a guy mentions being hurt. They dodge the hurt they instilled by listing everything else they have done right. It can make a guy feel like they were overreacting and being unappreciative. Men, in response to the onslaught of “good intent,” usually back off and stay silent, letting the hurt go.

Make You Feel Selfish Or Inappropriate For Having Needs

I was recently sitting with a man who walked away from a 15-year marriage. He’d been living in hurt and disappointment for years. He told me how he and his wife bought a large house with the intent of having large family gatherings around the holidays. They wanted their house to be the one that anyone who didn’t have someone could come to and feel welcome. In all the years they were married, they never had one holiday there.

When the time came around for their first holiday, his mother-in-law raised a big stink about it, not wanting her own tradition to change. His wife, who had shared his dream for their home, didn’t want to go against her own mother and said to him, “Really? You want to take Christmas away from my mother? Who knows how many Christmases she has left?”

Listening to him describe it, it was as if the conversations about their wish for their home never even happened. He was out of his mind for considering such a thing. Yet, she had been there. She had been present for the dream. She couldn’t confront her mother and couldn’t disappoint him, so she dodged the whole thing by making him look like a jerk for wanting to spend the holidays differently.

This dynamic can become even more apparent when men are seeking validation, affection, loving gestures, or sex. Women will lean on the “men are over-sexed” stereotype and make men feel ridiculous for wanting that kind of attention. It’s belittling, demeaning, and shaming. Men are left questioning their needs, their worthiness, and their importance in the lives of the people they love.

Nothing can stop a man in his tracks or make him forget what he was saying like a storm of emotion or feelings. If we’re emotional and overreacting to something, men will feel like jerks for still insisting that their thoughts or feelings be taken into consideration. After all, we’re already so upset. Men will often choose not to further burden us and whatever the original conversation was supposed to be, is effectively stopped.

If a man misses a social cue, doesn’t understand what’s going on, or becomes frozen at the expression of emotion, women can sometimes reply with something like “Of course you don’t get it.” It can be seen in an eye-roll, a glance between two women, or a sigh. However it’s delivered, the message is clear: “Men just don’t get it.”

Uphold The Belief That There Are Things Only Women Can Do

Women can play the condescending “Leave it to me, honey” card just as well as any man. There’s a reason that we’ve needed a dads movement. Women have chosen convenient times to uphold the women’s work stereotype that they’ve tried so hard to dispel. Moms can easily play that card in a parenting debate when in disagreement with their husbands. Men can be mocked for doing parenting differently or for appearing awkward in their attempts to do something. In ways that are subtle and obvious, women keep the bumbling dad jokes alive and circulating.

Negate Feedback Or Feelings When They Aren’t Delivered Perfectly

In "The Most Loving Thing a Woman Can Do for a Man," I wrote about how my husband and I ended up in an argument after he mentioned that I’d hurt his feelings. Well, he didn’t just mention it. He snapped at me. He was a jerk. That’s why we had the argument. However, at the end of it, he was right. I was doing what he initially accused me of. I took advantage of his inappropriate delivery to dodge responsibility and make him look the jerk.

For generations, women were socialized to believe that they excelled at certain “feminine” tasks. They were the nurturers, caregivers, and emotional ones. They were “good” at relationships and were the “real” parents.

Men were socialized to believe they were the task masters and problem solvers. They weren’t expected to have or talk about feelings. They could earn the bread and leave most everything else to the women.

If we want men to stop playing the “crazy” card and expect women to stop implying that men are stupid, we have to relinquish the power we’ve held in our respective gender roles. Until we’re ready to sit in that vulnerability, both genders will continue to battle the stereotypes they are so desperate to be rid of.

If you like this article, please share it! Your clicks keep us alive!
Tags
gender
stereotypes
men
women
socialization
advice
good men project

How To See Your Relationship Crisis Coming
Heather Gray

The Hard Truth Behind Marriages That Last
Heather Gray

When Your Partner Is Depressed: 5 Truths
Heather Gray