What The '93 World Series Taught Me About Sexism In Baseball 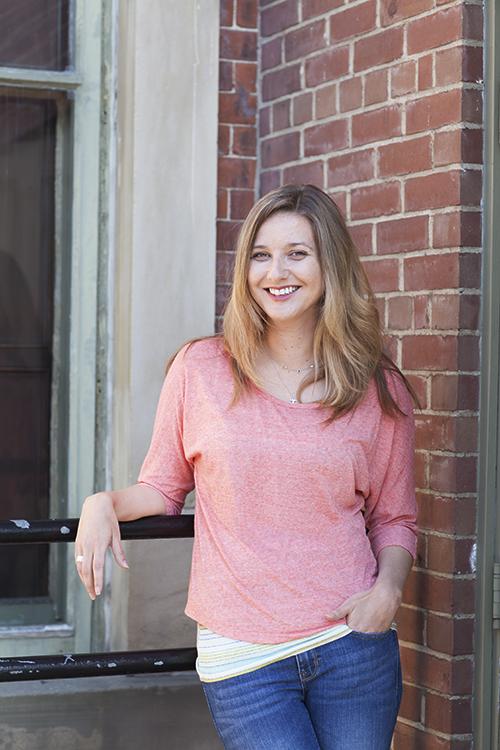 Stacey May Fowles is a novelist and essayist whose bylines include The Walrus, The National Post, The Globe and Mail, Elle Canada, Toronto Life, Deadspin, The Classical, Rookie, and Hazlitt. Her latest novel, "Infidelity," is currently out with ECW Press. She is a Toronto Blue Jays fan.

When I was fourteen years old, Joe Carter hit a now-mythological walk off home run against the Philadelphia Phillies at the end of the sixth (and final) game of the 1993 World Series. The three-run homer was certainly the greatest moment in the history of the Blue Jays franchise, and arguably one of the most beautiful and memorable in the history of baseball.

I was lucky enough to be in Toronto that day--sadly, the only memory I have of October 23, 1993 is that of the grown man who made an obscene sexual gesture at me during the downtown Toronto celebration that followed. Shaved head and goatee, his tongue darting in and out of his mouth while he loomed above, that grotesque man represents the very first time I realized that the world of baseball—regardless of how much I love it—is not a welcome place for me.

Despite the fact that the details of Carter’s legendary home run are etched lovingly in my baseball brain, I’ve fact-checked the finer details of the above paragraph more than a dozen times. This is because I know that, as a woman writing about baseball, there’s always a man at the ready to tell you that you got it wrong. There’s always someone at the ballpark eager to test your knowledge, your fandom, your passion, and your right to be there. There’s always someone in the seats who assumes your male partner is the one who cares about the game, and you’re just tagging along.

I also know all too well that men make up an overwhelming majority of the “respected” voices around sports, and that pointing that out can lead to you being maligned, excluded, ridiculed, and in the worst cases, bullied and abused. Perhaps most insidious are the scores of men, in positions of power and otherwise, who appear to be completely unwilling to do something about it, not feeling like it’s their responsibility to make the game a safe and welcoming space for everyone.

When you’re a woman who loves a sport, and make the decision not to accept the status quo, you set yourself for attack—all for what is literally “just a game.” I’ll admit that lately I’ve grown weary of the fight, fielding the stream of “well what do you expect us to do about it, huh?” and “it’s not our fault that there are no qualified women in sports.” My anger about the lack of diverse media representation, the endless stream of white male faces on panels and mastheads, the undercurrent of misogyny in so many conversations—all of it has evolved into a dull, crippling sadness that has tainted this game I so desperately adore. It has made me think a great deal about that fourteen year old girl who craved baseball, only to be met with the aggressive, demoralizing sexism of a fellow fan.

I want so desperately for things to be better, but it feels like the constant yelling from the outside has done little more than make me tired and criticized.

This month I received my inaugural copy of Sportsnet magazine. About a quarter of the way into an issue devoted to the MLB, an ad appeared—a group shot of what they claimed was “Canada’s Deepest Roster of Baseball Experts.” Thirteen largely similar men posed for that photo, holding baseball bats and balls, smiling into the camera, and it would seem not a single one of them thought, “maybe this is a problem” or “maybe this is sending the wrong message.” No one who shot, designed, or approved the ad thought to question what that striking image said about the exclusionary state of baseball media, and the toxic environment that it inevitably breeds.

The ad said loud and clear, “this is a game by men, for men, talked about by men,” and though I’m sure Sportsnet and its ilk are more than happy to take my money, the optics suggest they don’t seem interested in carving out a space for diverse perspectives.

When I make these critiques, I often have possible solutions at the ready; encouraging male sports media personalities to mentor young women, provide them with opportunities, and open doors; asking that male fans make an effort to acknowledge the existence of exclusion and condemn sexism where they see it. But as I grow exhausted by the constant challenging, the cyclical arguments, and the endless excuses for a lack of visible diversity, my patience has worn thin.

The reality is this: those who criticize your inability to foster a place for women within sports culture are on the side of right. You are failing. You are doing a bad job. You can say it’s hard, or time-consuming, or above and beyond what you’re willing to do, but that doesn’t negate that it’s your responsibility to rise to the challenge, and that it’s egregious if you are failing to do anything about it.

There is much talk this year around recently anointed MLB commissioner Rob Manfred’s appointed mission to speed up the pace of the game in order to garner new audiences and increase ratings. Distracted fans are kept enticed with buzz of clocks and batter's box rules, warnings and fines for players.

But for me, baseball’s biggest problem is not how long it is, but how long it has shut certain people out. Despite so much anxiety to the contrary, a project to mend that would benefit us all, and it’s a project that has to come from within—if only so a fourteen-year-old girl can safely enjoy a game.

MORE FROM Stacey May Fowles