Female Boxers Are Strong Athletes Without Question Or Apology 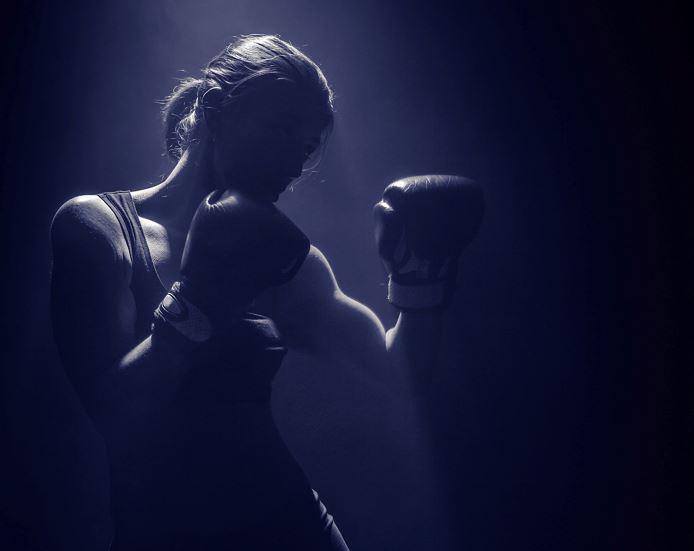 Katya Bankowsky is the writer, director, producer, and editor of the award-winning documentary film Shadow Boxers, the first ever feature-length documentary on female boxers. ​

Obviously boxing is a very odd sport—there’s a lot of blood and guts, but also a lot of grace and elegance. I wanted to look at the sport visually, emotionally, and intellectually—get inside the sport through a female boxer who could provide a very interesting insight. I didn't want to make a film just about how great boxing is because I have mixed feelings about it myself, so I wanted to look deeply into the sport through Lucia Rijker as well as the pioneer amateur Golden Glove boxers, and find out what is really at stake each time the female fighter enters the ring.

I wanted to make a movie that would capture people’s attention visually—I edited it myself and kept it fast paced and visceral so you wouldn’t have to be interested in the topic to be drawn in. Then once the viewer was drawn in, I had the opportunity to challenge people’s expectations and pre-conceived notions about female athletes and strong women in general as well as boxing itself—which quickly becomes a metaphor for life.

By intentionally avoiding the conventions of traditional documentary filmmaking, I alienated potential financial backers who criticized me for being too stylishly aggressive and not providing enough traditional back story. I decided to stay committed to making the film I personally wanted to see, even though it meant losing potential backers and financing the film myself, which forced me to complete it much later than I had wanted to. But when Shadow Boxers finally made its theatrical debut, I was rewarded with the critical praise I had hoped for. I had succeeded in making a film that challenged people’s preconceptions both about female boxers, but about documentary filmmaking itself.

“Compelling and beautifully photographed . . . boxing hasn’t been shown this creatively on screen since Raging Bull “ are words the New York Post used to describe Shadow Boxers. The San Francisco Bay Guardian called Shadow Boxers “one euphoric hopped-up film that delivers the body shots . .  . a visceral experience of boxing that dives right into these women’s arteries and through their hearts, pumping back out through their fists." The Vancouver Sun called Shadow Boxers “a perfect film on boxing that blows away stereotypes” and The LA Times called it "the best boxing film you are likely to see."

The dialogue that was started in Shadow Boxers continued, first with the 2012 Olympics where women were allowed to box for the first time ever. As these women from around the world laced on their gloves and entered the ring, exposing their strengths and their weakness on the world stage, while often facing ridicule and even bodily harm and persecution from within their own cultures, we all came one step closer to acknowledging the complete humanity of women—to embracing the beauty and brutality that rages equally within men and women, and ­that makes life so complex and so beautiful.