The Dubious Glory Of The Diva Cup 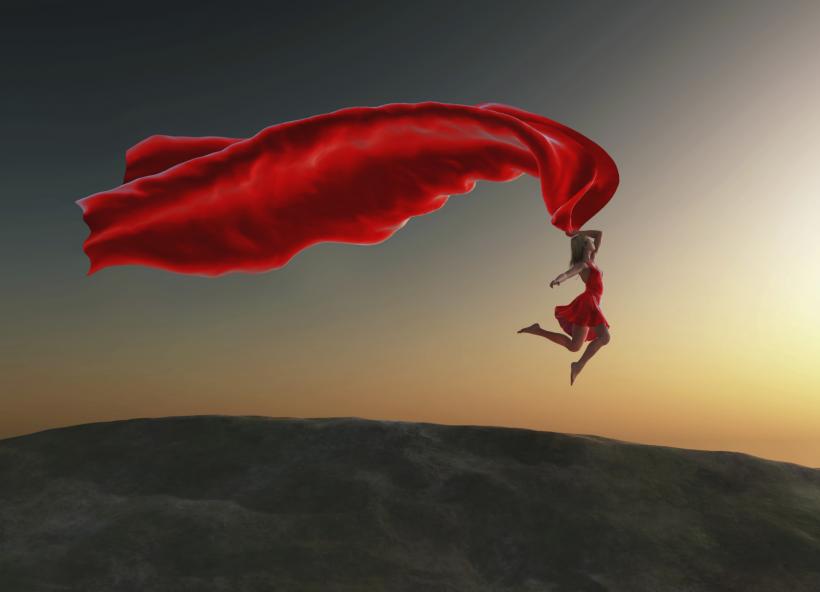 Neither are really “sanitary,” and I figured at least with a Diva Cup, I’d never have to deal with running out of spares. Also it’s better for the environment, so basically, I’m a better person if I use one, right?

With the goal of period-ing like a goddamn champ, I decided to try the illustrious Diva Cup, and report back to you its various benefits, versus the benefits of the tampon. So. You’re welcome.

I’d be lying if I didn’t admit that it took some pretty persuasive proselytizing from friends to get me on the Diva Cup team. If you don’t know what a Diva Cup is, it’s a poorly named plastic cup you situate around your cervix to collect period blood. It’s reusable, and you can order them online, get them at a pharmacy and even some grocery stores (which is where I found mine). And it seems like all my body-positive friends are using them.

Mostly, I wasn’t interested because of the name. Anything with the word “diva” in it makes me go a big rubbery one, with the notable exception of drag shows, or that one sequence in The Fifth Element. But also, I was a little weirded out by it.

“Why don’t you have one yet?” a friend asked me. We’d talked about it a couple times, and I’d expressed interest in the same tone I express interest in things like Pilates, or meditation. I know they’d be good for me, but I don’t intend to do them. She’s over waiting for me, though. “Seriously.” she adds. And she’s so adamant about how much better it is, I can’t help but be drawn in. OK, I think. It’s a little weird, but OK. Plus, I fucking hate tampons. Now they're weird, dry out your vagina and I find the disposal of them incredibly unpleasant. So there’s room for improvement.

And really—how much grosser is a reusable plastic cup for period blood, than, say, a dyed, sodden wad of balled up cotton? Neither are really “sanitary,” and I figured at least with a Diva Cup, I’d never have to deal with running out of spares. Also it’s better for the environment, so basically, I’m a better person if I use one, right?

The first deflation comes when I realize the box suggests wearing a pad with the cup, almost all the time in case there’s leakage. So. There goes the whole green angle. But it’s OK. I’m still down. Because the cup is supposed to be easier on your vaginal tissue, too. Which is good news, right?

This is what I remind myself, as I try to position the cup around my cervix for the first time. This is a trickier endeavor than I had imagined it would be—vaginas are squishy, and even though I have a pretty firm grip on the geography down there, it’s still an odd and disorienting thing to shove your fingers up your bloody canal and fiddle about with a piece of silicon. It is also worth noting that usually, I’m trying to avoid the cervix. Point one for tampons—I don’t have bloody fingers from inserting one.

After a few fumbling attempts I get it situated, I discover it's actually super comfortable. I stand, I sit, I wiggle. I can’t feel anything. As a point of comparison, it usually takes me a few minutes to stop being aware of a tampon, so this is a serious improvement. Point one for the Diva Cup. Another point is added the moment I first I have to poop with it inside. While frequently a tampon will pop out when pooing, the Diva Cup stays comfortably situated. So, I head off to work, thinking, perfect, I’m going to nail this period.

However, there’s no private bathroom at my office, just bathroom stalls whose walls don’t reach the ceiling or touch the floors. So when I’m in the awkward position of fishing my new Diva Cup out of my vagina, I am basically guaranteed an audience for the pfffff-pop noise it makes upon exiting. Like a fart, but weirder. I can only imagine, with dawning horror, what my coworkers must think is happening to my gut. Worse, when I try to position it back in, I try and fail several times, and get a replay of the sound, not once, but several times.

So not only does it sound like I’m having an IBS flare-up, it also sounds like a protracted one. For this, I must give tampons two points: no gross noises, no question if I’ve inserted it correctly.

But wait! Aaaaah, here is where the Diva Cup gets kind of exciting for the data nerd in me—on the inside of the cup are two ridges denoting a ¼ ounce and a ½ ounce.

How much period blood did I period in the last few hours? NOW I KNOW!

And, irrationally, I feel myself swell with pride, because you’re goddamned right I period-ed a half shot in several hours. I am a machine. I am a blood-making, period-ing machine, and my body is a masterwork in production and waste. As perspective, that’s how much tequila it would take to make me feel nauseous.

So basically, I’m the best at period-ing. Ten points to Griffyndor. Or Diva Cup. Or whatever. Pouring out a half-ounce of shedding uterine lining into the toilet is a shockingly satisfying thing to do, as well. And actually, way less gross than pulling out a tampon. Another point to the cup.

As my cycle gets lighter on the second, third and then last day, I don’t have to fiddle with it nearly as much, which is nice. You also can stop wearing a pad. Usually, this is the part in my cycle when I stop wearing tampons, finding that wearing them for several days at a time is irritating—and that as my flow gets lighter—excessive. There is no such problem with the Diva Cup. It remains comfortable throughout the cycle. I do, however, clean it several times a day (at home only, I couldn’t pull it off at work) with warm water and soap, which is somewhat less pleasant. However, I’d rather do that than take out the trash, so I’ll call that a tie between options.

It’s not a perfect alternative, but at the end of my period the score is 5 to 3 with the Diva Cup as reigning queen. I am told that insertion gets easier as you get more accustomed to it, and I look forward to seeing that for myself next month.

Until then, adieu tampons. You’re gross, bad for my cooch’s ecosystem and my apartment’s plumbing.

If you like this article, please share it! Your clicks keep us alive!
Tags
Diva Cup
tampons
menstruation
periods
the time of the month