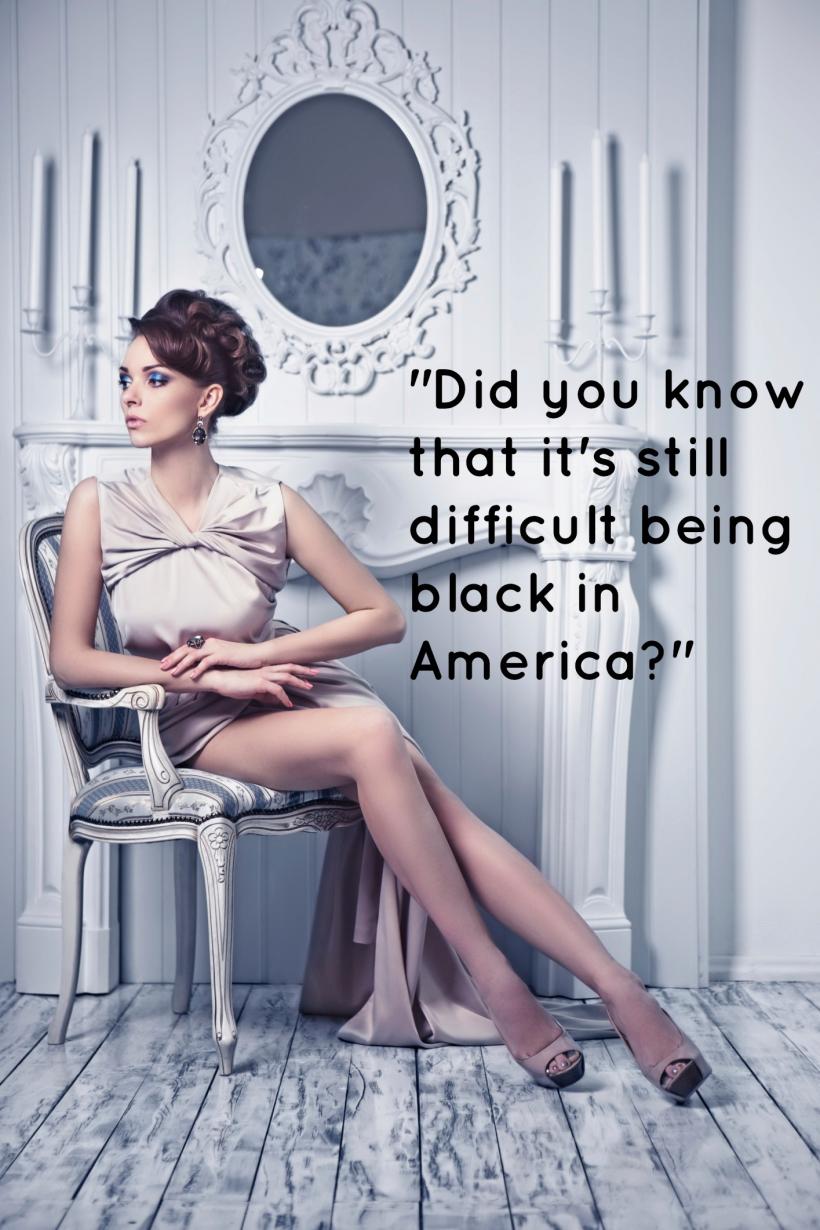 If your goal is to seek and create allies with the ultimate goal of equality, using a term that's binary gender biased does not help create an environment of inclusion. Or accuracy.

**Author's note: For the sake of this article, I'm just going to assume that those reading this are self-identified feminists who believe in inclusion. End disclaimer.**

Here is a real conversation I recently had with my fiancé:

"You shouldn't call it mansplaining," he said. "Men aren't the only ones who do it."

"I'll stop calling it that when it stops being true the majority of the time," I said.

And while part of me feels I still had the moral high ground, I realized that upon reflecting, I think he was right.

There's a funny thing that can happen when a new word is coined: it's immediately overused, incorrectly and often ubiquitously. And there may be no greater example of this than mansplaining.

To be fair, it's a word I use. The first time I heard it, I laughed, loved it, and immediately adopted it. I didn't learn it from the famous 2008 Rebecca Solnit essay, which never actually uses the word. I think I heard from a friend. Who knows. Really, who cares. What matters was that when I heard the word, I understood its meaning without explanation, and then used it to describe the many varied and frequent moments in my life in which men explained things to me.

But the term is problematic for a variety of reasons that have been stated again and again, really articulately, since the word became so popular. Even Solnit, who is credited with popularizing the concept, has questioned the bias inherent in using the gendered term of mansplaining.

Most importantly, perhaps, its overuse and misuse have rendered the word ineffective at what it's meant to do: and that's to identify when someone who is on the privileged side of the power dynamic, assumes ignorance and condescends to the person on the underprivileged side.

And while there's certainly a consistency to privileged, overbearing men explaining shit to women who already know, we (as feminists always on the search for allies) do ourselves a disservice by using a term with only partial accuracy. The problem isn't just men. Men are just humans. And all humans can be feminists. The problem is the assumption that greater power means greater knowledge, and as such grants greater entitlement conversationally.

If there's one thing I believe, it's that taking the high road is essential. For clarity's sake, I don't mean not fighting back . Fight back. Give hell. Just do it accurately. This doesn't mean being humorless, because humor is great at knocking down barriers of vulnerability and pride, while still making a point. But it does mean holding yourself, and your terminology, to a standard as lofty as your goals.

And if your goal is to seek and create allies with the ultimate goal of equality, using a term that's binary gender biased does not help create an environment of inclusion. Or accuracy.

So let's call it powersplaining instead.

Because too-sassy condescension deserves to be called out, every time. And even if it is true that the majority of cases of powersplaining involve a man talking down to a woman (it's certainly been my experience) this term at least allows our potential allies room for growth. Blaming their gender is no better than what meninist asshats do to us. Putting blame where it really lies—in the inherent imbalance of power that is present between all people, for reasons as varied as the humans themselves—allows us to talk about the more complicated issues that are always present in human interaction, and address them more accurately.

Powersplaining would include interactions such as a trans-exclusionist radical feminist, cis-gender woman powersplaining what patriarchy is to a feminist trans woman. It would cover when a white woman, who was a Harvard legacy, explains what the wage gap is to a Hispanic man, the first in his family to go to college. It would also include when men explain things to each other.

It'd be accurate in instances like when my best friend Kamala, a short-haired moc dyke (who's a terrific writer) has things explained to her by other women, like what it's like to have long hair, or wear lipstick. Because how could she know about that? She's got a Mohawk, and a penchant for menswear so. Clearly she's never worn makeup.

And yes, it'd still cover a dude explaining a woman's book to her, as in Solnit's essay. And it'd be accurate. Every single time.

And accuracy in this case could do a lot for inclusion. Assuming that the problem is just with cis-men does more to reinforce the reign of binary gender than much else. Sure, it allows women like me a good snicker in the face of what is, frankly, ludicrous and infuriating behavior. But it also pretends that the only power play at hand is that between men and women, which just isn't true.

And so the next time someone, anyone, feels entitled to explain things you know already, just remember: They're powersplaining. And it's always okay to laugh at powersplainers. Laughing at them diminishes their power. And that's the whole point.

If you like this article, please share it! Your clicks keep us alive!
Tags
mansplaining
the misuse of mansplaining
power dynamics
gender dynamics
powersplaining
feminism
Humanism