“My Daughter Is Too Fat!”: The Dangers Of Unrealistic Childhood Body Image 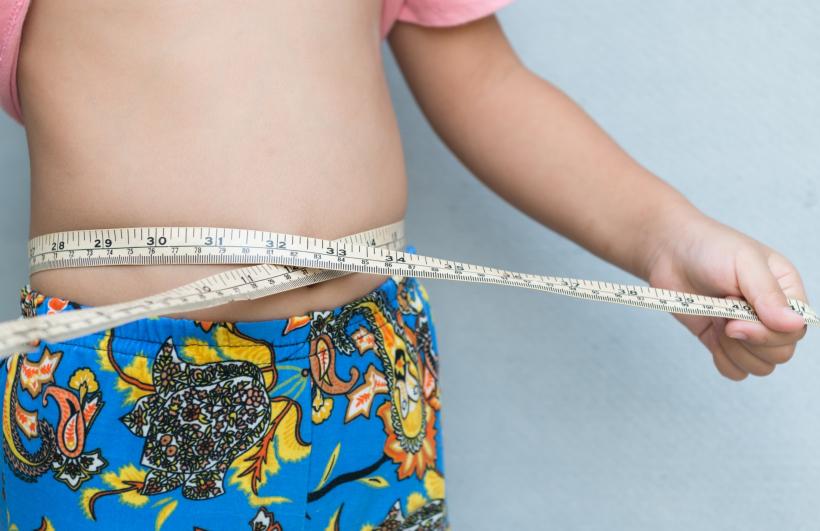 Parents often confuse healthy eating in children with that of adults. They shouldn't.

It was the summer of 2010, and I was pregnant with my third child. While working at a school for special needs children in Westchester, New York, I chatted with a Physical Therapist during our lunch break—and heard a story that has haunted me ever since.

The therapist worked with small children in their homes, performing Early Intervention services. She asked me my opinion on one particular case that was bothering her. The mother was very into fitness, proper eating, fashion, and makeup. She had a beautiful little girl with long blonde pigtails and a charming smile, who had slight developmental delays. The therapist noted that over the course of a few weeks, the girl had been losing some weight and was not as strong as she had been in past sessions. After discussing this with the mother, she was aghast when the mother told her that the little girl started showing a small "pot belly." Concerned that she shouldn't become "fat," the mother put her on a strict diet.

The Physical Therapist was torn on whether or not she should call Child Protective Services or informally discuss this issue with the mom. Since I was pregnant at the time, I was overly sensitive, and the story left me in tears.

My twins at times had "pot bellies" as well—but this is normal in early child development. My husband is an internist, and he told me that when they are that young, you should let them eat as much as they want and feed them as many calories as they want (within reason of course), since their bodies constantly change. A pot belly is a healthy sign in young children, and will quickly fade out as their body proportions change with growth.

I wish I could say this is the only story of its kind that I've heard. Unfortunately, it isn't. I've heard far worse, and it all boils down to one shameful reality: parents often confuse healthy eating and growth in children with that of adults. It is the product of a conglomeration of miseducation about child growth and development and constant bombardment by the media of unhealthy images showing what an "ideal" body should look like.

One recent story particularly struck me. The person who shared it with me told that this was already a medically fragile child. The parent didn't want the child to get fat, so she would not feed her recommended foods such as yogurt. The child became so malnourished that she ended up in the hospital, practically on life support. The person didn't know whether she should have called Child Protective Services or not.

I thankfully have never been in that position, and hope to never be so. But I am disturbed by what's happening with children in our society.

Though I am not a nutritionist, I have successfully raised three children well past infancy. My older two children have ADHD and are on medication, which suppresses their appetite. As it is, they have fast metabolisms by nature and lose weight easily. The psychiatrist constantly tells me to let them eat eat eat. When the medication wears off at night, and they want a second supper, so be it; they get a second supper.

Children grow up very quickly until their early teen years. Their brains need nutrition to develop healthy neural connections for proper cognitive and neurological functioning to develop. If they become malnourished, it disturbs this process and can prevent healthy cognitive and neurological development. Thankfully, we've fed our kids well and their motor, cognitive, and neurological functioning is benefiting as a result. My little one has a nice little round, plump belly that I proudly kiss, since I know it's from being well-fed with a rounded variety of nutrients needed to promote early healthy growth and development. If he seems to be overweight when he is perhaps in his pre-teen or early teen years, we can reconsider his diet. For now, "Eat well and in good health!"

I am not taking the position that it is absolutely necessary to contact Child Protective Services if a parent puts their child on a restrictive diet. But I do take the position that it is crucial to approach and educate parents about the realities of childhood development and body image. Kids are not the same as adults, and confusing the two when it comes to dieting can be nothing short of dangerous.

Kids are only young once. Parents should love them for who they are and understand what's best for them—pot bellies and all.

If you like this article, please share it! Your clicks keep us alive!
Tags
body image
childhood
Children
dieting
health
wellness
danger