My Personal Body Revolution Doesn't Need To Be Televised 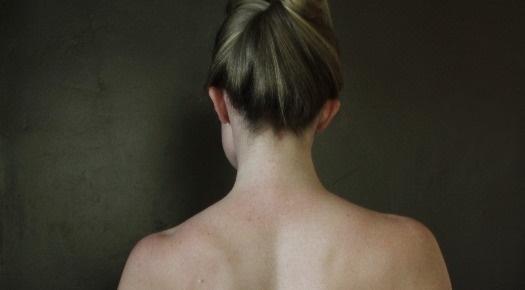 If we — as women with diverse body types, skin tones, and abilities — get to define for ourselves what beauty and sexiness look like, then the power will no longer rest with those who pad their fortunes with our self-loathing.

I'm one of those women who has spent most of my life in and out of cycles of compulsive dieting and exercise. No matter how thin I got, it was never thin enough. My story is nothing new, and not even all that special—I know way too many women, and even some men, who can relate. It's almost a twisted American rite of passage for girls and women to relate on the subject of how much we hate our bodies, or how we've overcome our self-loathing.

My disordered behavior and body image issues have come in three waves. First, in eighth grade, I learned that I could control my weight by simply not eating. Although I'm fortunate that this stage was short, and not nearly as dangerous as it could've been, it had a powerful effect, and I never forgot how to control my food intake in that way. From that point on, my relationship with food and my body was pretty unhealthy.

Second, in my twenties, tips and tricks for losing weight and curbing hunger were passed between my friends and me like they were cigarettes or sticks of gum. It was dangerous, but also totally normalized by the entertainment industry around us. Unhealthy dieting, compulsive exercise, and complaining about your body seemed like a natural part of living and working in Los Angeles. Only later did I see how disordered it was.

In my early thirties, after my second son was born, my overt body hatred went into overdrive. It didn't matter how much I recognized that my body still fit into the mainstream ideal of "thin enough," or that it was powerful because it had created these new lives. All I could see were the bumps, the lumps, the scars, the softness, and the curves that had never been there before.

I didn't notice myself falling into another cycle of unhealthy diet and exercise compulsions until I was deep in it and called out by a friend, who happens to be a trainer. When I denied what was happening, she said to me, "Why do you think I don't know what you're doing? I see you." She said it with love and concern, and though it's far from a script on how to get through to somebody who is making bad choices, that day it connected with me.

It took years, but I pulled myself out of my tailspin and started to come to grips with what had been nearly a lifetime of messed-up body image, exercise, and eating.

Now my body is very different from what it has ever been, and while I'm happier, stronger and healthier, I still have to remind myself every single day to look at myself with the same love and kindness I would look at another person's body.

And every single day I feel ashamed. I feel ashamed that I even need to remind myself. A mean little voice in my head says that by now, as I near 40 years old, I should be past this.

Recently, a photographer friend invited me to pose for a lingerie shoot. I was terrified. Not just the normal "oh no, not me!" demurring, but hand-shaking, sweating, stomach-churning terror. I was comfortable in front of the camera when I was younger, but the part of my brain that supplies that over-ample amount of shame told me that this body, the one I have today, doesn't deserve to be worn with pride, let alone photographed wearing almost nothing.

That's when I knew I had to do it. And if I didn't do it now, I never would. I knew I was safe with my friend behind the camera, and I had a sense that this was a step toward getting past what might be one of my final hurdles toward self-acceptance.

But from that sense of comfort and empowerment came a more complicated feeling. Yes, my body has changed. But I don't face any discrimination or hate because of it. I am a beneficiary of an extraordinary amount of thin privilege.

I started to feel like a fool. Shouldn't I just shut up and get over it? Those thoughts brought that old familiar shame right back to me, this time in a different form. A voice inside said, "Who do you think you are, anyway? Why do you think you deserve to feel empowered within your body?"

Not long ago, a mom posted a photo with the body acceptance hashtag #HealthyBellySelfie on Instagram. This mom had what is generally accepted as a "perfect" body in the media: thin and white, with seemingly flawless skin, round breasts, and a flat belly. The response to her attempt to join this particular body acceptance movement shocked her. Many people were not happy to see a photo in that collection that looked just like the ones we see every day as part of the oppressive mainstream media.

The mom, Annabelle Praznik, wrote about the experience for xoJane, and a commenter there who calls herself "evil katy perry" explained the complications of sharing her photo as part of a movement meant to empower bodies that look like something other than a model's. Her words really resonated with me:

"It's a lot braver to bare your belly when it looks "ugly", covered in stretch marks, loose flappy skin, etc. Your belly looks like what I imagine Giselle Bundchen's looked like after pregnancy. You're thin, white, blonde, pretty...you look like every other representation of what women are "supposed" to look like that we see in the media. There isn't anything wrong with that, that's who you are, you're a beautiful lady, but like, come on, there isn't anything brave about this."

The body empowerment movement should be about centering the bodies we rarely get to see in mainstream media. It should be about showing, with pride, a different take on beauty, sexiness, and power. And that means women like me, and especially like Annabelle, need to sometimes sit down and do our personal body empowerment outside the hashtags. We need to do our body empowerment in ways that are meaningful to us, that make us feel strong, but that don't draw attention away from the women who are creating real change and are at the center of this necessary revolution.

When talking about body image, it's easy to lose sight of one of the most pressing issues at play: the patriarchy is screwing us all. It screws some of us more than others, but at its core, the voice inside of us that says, "You don't deserve to feel beautiful" or "You don't deserve to feel like you need to grow your sense of empowerment" is all rooted in the patriarchy (or to be more precise, kyriarchy), which works to be sure that our self-worth comes from somewhere outside of our own hearts and bodies and minds. If we—as women with diverse body types, skin tones, and abilities—get to define for ourselves what beauty and sexiness look like, then the power will no longer rest with those who pad their fortunes with our self-loathing.

I'm proud of myself for battling shame and self-hate to have my photos taken. And I'm proud of the photos. But that doesn't mean they were all that brave or revolutionary to the world. My own personal revolution is powerful enough to help me feel strong, and I'm going to keep fighting for it. But I don't have to put those images into the center of someone else's movement to make my personal revolution real.

If you like this article, please share it! Your clicks keep us alive!
Tags
body image
thin privilege
weight
essay