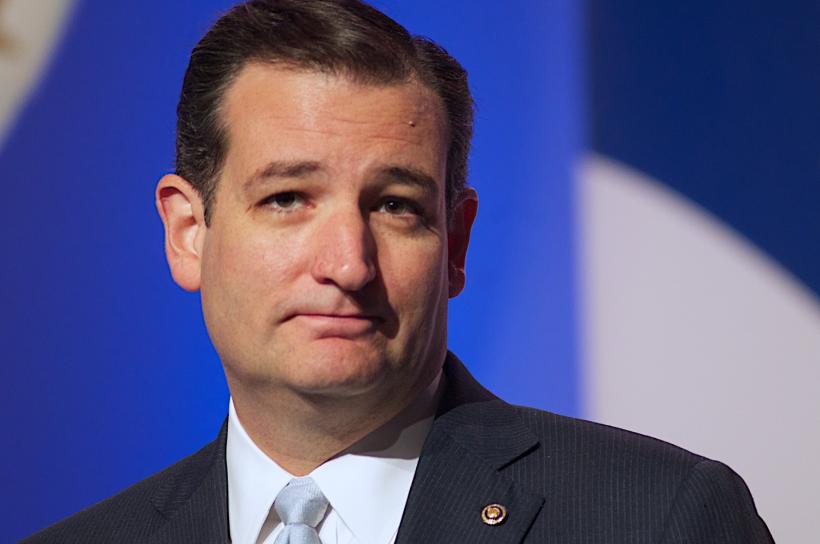 His hatred of all things pleasure-based is no surprise to anybody. Image: "ted cruz is smug" by Jamelle Boule/Flickr. CC BY 2.0

Hate Ted Cruz? Get revenge by hooking up like THIS.

We're not saying you need an excuse to have wild, crazy, satisfying and fully consensual sex...

But if you did, what could be better motivation than to piss Ted Cruz (and his ultra-Conservative cronies) right the fuck off?

In honor of the politician who is so nasty, so under-handed, so self-serving, that even his fellow Conservative politicians hate him, we've devised a list of seven ways to have sex that Ted Cruz will HATE... and you will LOVE.

Let's get it on and celebrate freedom!

“There is no substantive-due-process right to stimulate one’s genitals for non-medical purposes unrelated to procreation or outside of an interpersonal relationship,” he wrote in a brief, which he co-authored.

While he's walked that back a bit now that he's running for President, his hatred of all things pleasure-based is no surprise to anybody.

So grab your partner and try one of these six totally hot sex positions designed for maximum sex toy fun.

2. Get it on with yourself.

So give Ted Cruz the middle finger... while giving one to yourself... if you know what I mean.

We all know where Ted Cruz stands on marriage equality.

So get it on with your husband. Make it loud, make it proud, and really stick it to Ted Cruz (figuratively, of course!)

The only thing Ted Cruz hates as much as gay marriage would be, I assume, lesbian marriage. Or bisexual marriage between two women, or two men, or non-binary folks whose birth certificates don't reflect his "family values".

All this, despite the fact that he (accidentally) featured a lesbian adult film actress in one of his ads (a move that, for a moment, made me consider voting for him... until I heard it was a mistake, of course).

So have sex with your wife, my friend. Give her the pleasure she deserves.

Do it for America!

Want to really piss him off? Have an open relationship with a committed partner. Imagine his brain exploding at the notion that loving, happy couples sometimes agree to bone other people.

It makes me gleeful just thinking about it!

We all know how much Ted Cruz HATES Planned Parenthood.

So march your ass down there, get some contraception, and then get it on with your partner.

Even better, make a donation while you're there.

That's what we call Freedom Sex.

7. Celebrate equality with some woman-on-top sex.

Ted Cruz is no fan of women... at least not of the notion that we're equals.

Think Progress outlined eight ways Cruz's political agenda is profoundly bad for women, and we're sure there are many more!

So to show him who's boss, climb on top of your partner tonight and really focus on yourself. Make it all about you. The more orgasms are had, the more points you get. We're certain your partner is down for this mission, too.

Talk about a win-win!

This article originally appeared on Your Tango. More from Your Tango: