Reading Rachel Bryk’s Obituary Is Like Reading My Own 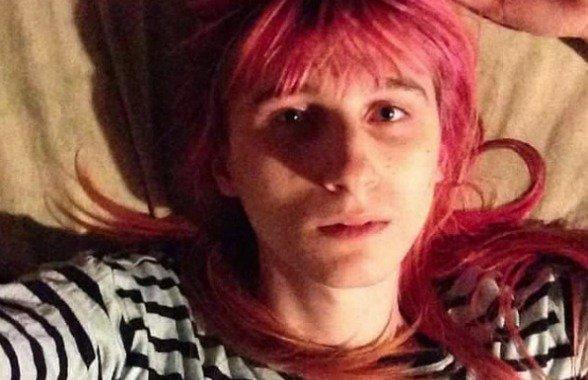 Talented, caring, and weighed down by the world, and spurred onto suicide by bullies, we’ve lost someone who could have been part of the world, not separated from it.

As the news of Rachel Bryk’s death filters across the Internet, I couldn’t help but wish I had known Rachel. We shared many struggles, being transgender, as well as chronic pain issues and struggles with mental health issues (I struggled with PTSD for many years). I wish I had known her because she seemed so much like me in many ways, and I wish I had known her as an example that life doesn’t end because you have those types of struggles or live in pain. That I had learned that bullies don’t matter, that one’s core and accomplishments (even if small, and hers were large already at 23) are what matters.

It highlights what struggles trans people go through on a day to day basis, like the fact that we are more likely to commit suicide (in fact studies say that between 41-50% of us attempt suicide at some point in our lives, 9 times the national average, and that seems like such a large number, that’s up to half of us). I am sad to say that I am, in fact, a part of that statistic. I didn’t encounter nearly the type of bullying that Rachel encountered. In fact, I was surrounded by a number of friends, both cisgender and trans.

In many ways, reading about Rachel was like reading my younger self’s obituary. Not many people are still in my life from that far back, but those who are would tell you I struggled. I struggled with chronic pain, I struggled with holding a job, and I struggled with Post Traumatic Stress Disorder from some things that had happened a few years earlier. I was also, at the time, starting to become very accomplished. I had just scored my dream job. I was doing amazing things in the computer science field. I was written up in magazines, and was an established author in computing magazines and online outlets. From a professional standpoint, my life was going somewhere.

I can’t say “I can’t imagine what drove her to suicide,” because I was there. I remember the hopelessness, thinking that I couldn’t get out of the cycle. What I can’t imagine is how I would have reacted if the people that I socialized with online—many faceless, many nameless—would have spurred me on further, or encouraged me to seriously commit suicide. In many ways, looking back, the way I did it was more a cry for help than an actual suicide attempt, but I also figured it had a chance of succeeding, and honestly I couldn’t see constantly spinning my wheels for a lifetime.

But, I didn’t succeed. I learned to live. I decided after that I was too stubborn to give up, that I would succeed in spite of naysayers. I went on to even win an Emmy award, have a family, and be happy (and lose it as well, and learn to be happy, again, on my own).

If only Rachel were my friend, if only she could see that even with similar struggles, it was possible to be happy, and even potentially healthy, that falling down doesn’t mean the end, it’s an opportunity to learn. I will never be completely free of pain, but it’s a sign I am alive. I live in a world where it’s not all that friendly to people like me. Disabled with chronic pain, autistic, transgender. However, I have learned where my support is and who matters. Who to expend energy on, and who not to, and . . . hopefully, maybe change the world.

And that’s what we’ve lost. A potential world changer. Talented, caring, and weighed down by the world, and spurred onto suicide by bullies, we’ve lost someone who could have been part of the world, not separated from it. If I had known her, I would have tried to tell her this. I would have been there as a friend, and an example that things, though cliched, do get better. When we lose people like this, it’s losing the potentiality for the world to be made even better by a person like her.

If you like this article, please share it! Your clicks keep us alive!
Tags
rachel bryk
Transgender
LGBTQ
suicide
essay
good men project