Fallon Fox: "We Can Actually Be Bad ass. No. Wait. We Are Bad Ass!" 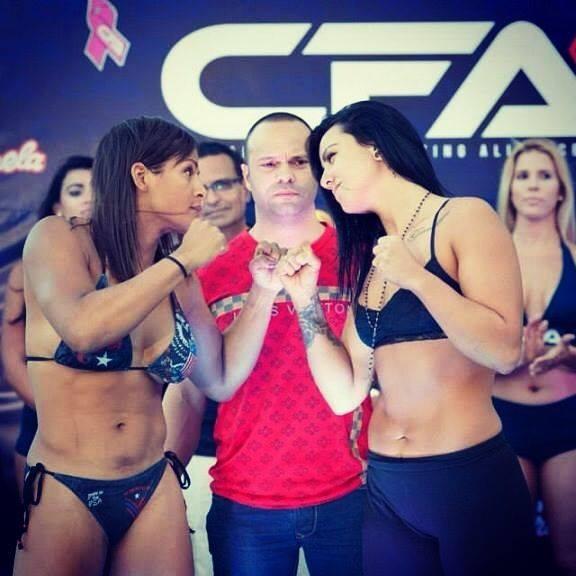 Voices from on and off the field sound off on gender inequality in sports! You can read other articles in the series here. Have a perspective you want to share? Write us at ravishly@ravishly.com

Fallon Fox is an MMA fighter with a record of 5-1. She competes as a featherweight and is the first openly transgender MMA fighter.

I have an admission to make.

It seems from this side of the coin, when I encounter others who say they admire what I do, they appear to believe that I had this whole tough trans woman thing all figured out from the jump. Believe me, this is far from the reality. As a matter of fact, I suppose that I was looking for something to help me “figure things out,” as many other women do when I first stepped into an MMA gym.

Before my training began in this brutal sport, I was beginning to believe that the narrative of a tough feminine woman who could actually fight with elite technique, heart, and skill was an illusion. Yes, I had met very tough women when I was in the military, but they weren’t on the front lines. Women’s Olympic wrestling was in its infancy, which helped spark something in my consciousness--but I was nowhere near the understanding that I am today. No, my information on what a “tough feminine woman” was came from media, comic books and movies.

Those characters always looked like they were missing something: true female aggression, with bodies to match what the characters had supposedly gone through to make them so physically capable of those physical heroics. It was always, “Yeah right. Like she could actually do that” before I cheered for my newfound un-athletic character only because she was a woman. At least they were in the fray at all.

When I found MMA, I found the reality once hidden from me. My mind was blown by Megumi Fujii on video.

This had me hoping I, after signing up for training, would meet female MMA fighters like her , with that kind of heart and determination. Don’t worry; I wasn’t disappointed. The first day I stepped into that gym, I saw women going to town on each other in a big fucking way. I remember the first time I held a Muay Thai kicking shield for my female training partner. The woman stood about 5’ 2”, but I swear to you: I thought she was going to chop my leg completely in half every time she landed. It had me wondering about the safety of my future for sure.

My perspective has shifted over the years. A hopeful "we can actually be bad ass!" became an affirmative "No. Wait. We are badass!"

"How in the world do people not know this? Why had I not seen this before?”

“How did this happen in the first place. Why are more people not interested in actual feminine women who are the real deal?”

My pursuit for the truth brought that leap into the rabbit hole of feminism, and it's often tumultous relationship with trans women.

I always hear of cisgender women who complain about newly transitioned transgender women’s gender presentation when they have very little real time experience being perceived as female, in the name of feminism and equality for (some) women.

“They are all about the clothes, the make up, and the superficial aspects of being a woman. But, being a woman is more than that!”

True! Being a woman is more than that, a lot more than that! Sports, especially more aggressive sports for women, are a big part of taking back all of those things that were stolen from us all. It helps us express the love, competitiveness, aggressiveness, assertiveness, and team work within the framework of “woman.” These qualities which all humans have flow from the inside -be they often suppressed- within every woman. They are once-missing pieces of a greater puzzle. Lots of women enjoy expressing those formerly prohibited expressions.

In the end, when all is said and done, when we are able to grasp it all in its entirety after a lifetime of being told the opposite, weird things happen. We begin to look, sound, and act like we'd be allowed to, if left to our own devices. That goes for cisgender and transgender women.

If you like this article, please share it! Your clicks keep us alive!
Tags
Fallon Fox
mma
Transgender
fighter

Fallon Fox: "We Can Actually Be Bad ass. No. Wait. We Are Bad Ass!"
Fallon Fox