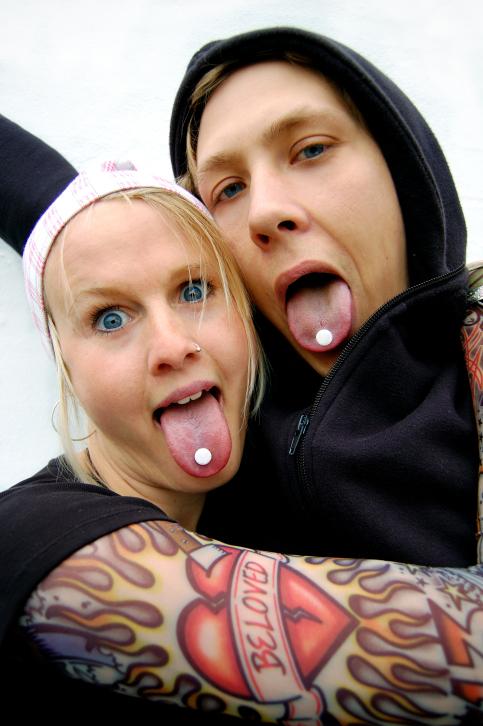 In the midst of a warm spring night, I found myself dancing naked with *Claudio before a crackling fireplace. An electronic remix of a Lana Del Rey song caressed my eardrums as I beamed up at Claudio. He caught my eye...

"I'm amaaaaaazing, Claudio!" I crooned, as I laughed and spun away from him.

"Sorry if I'm annoying. I know this is your first time taking Molly, so I want to check in."

"Awwww, you're fine!" I inched back to Claudio — wait, how did my clothes get back on my body? — and embraced him again. He stroked my clit, accessible by my ultra-short dress, and I collapsed in ecstatic fulfillment. Claudio laughed, and caught me. "I've got you," he whispered.

Smiling, Claudio asked me if I was enjoying myself. I almost shouted my reply: "YES! Losing my Molly virginity is soooooo much better than losing my actual virginity." Initially he winced in confusion and then quickly grinned and told me he was glad.

I don't know how the comparison came to me that night, but the notion lingered in my thoughts long after. In some ways it was understandable: Both virginities were lost to friends in my parents' house and I wore needless belts on both occasions, but that's about where the similarities ended.

Though it's difficult to pinpoint a root cause, I've always had an unusual perspective of sexuality. Until I was 12, I strongly believed that sex with condoms wasn't "real sex," and I could, therefore, have sex with a condom and still call myself a virgin. (My adult self still agrees with part of that statement, but I digress). I also thought that I should lose my virginity to someone I liked, but didn't have to care about too much. I reasoned that the first time I had sex would hurt with a guy I liked less, thus freeing me to enjoy it with someone I liked more, later.

This thinking led me to lose my virginity to *Leon in the 9th grade. Leon was nice and cute. Better yet, Leon had a crush on me and wanted to do sexual things with me. My 14 year-old self decided that Leon was the perfect candidate for my first time.

Leon and I walked to my house after school one day. My parents were at work, and my younger sibling was at a friend's. It was perfect (or so I believed). Once I let Leon into my home, the floodgates of awkwardness opened. We made-out while standing, which, as all tall girls at that age know, was a difficult feat. We walked to my room, adorned with teen posters. My clothes came off while the eyes of Aaliyah, Blink-182, and that Guess model bore into my bare breasts.

"Do you have a condom?" Leon asked.

"Yes, it's in my backpack," I replied as I walked back to the living room, where I had left it. Briefly, I caught a glimpse of myself in a mirror. My sparkly black underwear covered my virginal parts, but the rest of me was exposed. Whatever, I thought as I returned to my bedroom. I showed the condom to Leon. Was I supposed to put it on? Was he? Would it be creepy if I watched him don the blue latex?

Leon, who was more experienced that I was, adorned himself with the condom. Next, he was pushing inside of me. My head banged against my wall, while he grunted. Our age and lack of experience made us an uncomfortable match. Leon thrust as hard as he could, but it was no match against the tight walls of my adolescent anatomy. He said he felt like he was hitting something, while I felt a bland pounding in my nether regions. I stared at the ceiling, as if enduring a pelvic exam, and wished it were a dream. How was it possible that Leon was enjoying this?

Amidst the grunts and thrusts, Leon finished. We laid together in my twin bed, where our adolescent bodies fit neatly. A slow feeling crept over my body. I wasn't ready for this, I realized. Right then, I hated myself for losing my virginity to Leon. I wasn't as tough as I thought. All I wanted was to bury myself under my covers, and cry for reasons that I couldn't understand.

As Leon was leaving, I asked him not to tell anyone, because I was afraid of rumors following me. He laughed, then replied:

"Don't worry. You are a whore — no one would be surprised."

Shocked, I opened my mouth as he kissed me goodbye. I stood still as he left. Numb, I tried doing my math homework. Tears quickly obstructed my vision, and I collapsed as a flurry of thick, babyish droplets cascaded down my face. In retrospect, I honestly think he thought he was being silly — after all, my best girlfriends and I would jokingly call each other the same word. At the time, however, every mean thing every boy had ever done to me flooded my brain; my tears stained my book. I don't live my life with regrets, but the negative emotions that surrounded me that afternoon have never fully escaped my consciousness.

By contrast, the night I lost my Molly virginity — twelve years later — was perfect. I was house-sitting for my parents, so the vast majority of my day was spent reconnecting with old friends. Claudio joined me in the evening. Neither of us wanted a relationship; our carnal desires formed a sexual, but surprisingly solid, friendship. As we discussed our evening plans, Claudio told me he had Molly (MDMA). I told him most of my close friends had done it, but I hadn't. "We don't have to do it," Claudio insisted, "but I have it if you want it." A warm feeling swept over me at the offer — which had never happened the previous times I had encountered a Molly source.

"Do you know the person who made it?" I inquired.

Claudio promptly went into everything he knew about the substance and its maker. He then asked if I wanted to do my own research. I did. We sat, across the room from each other, as I Googled everything he told me. I had clung to my Molly virginity for years, and I wouldn't relinquish it easily. Claudio reminded me, several times, that I didn't have to do it. Finally, I told him I was ready.

It was easy to swallow, and the effects kicked in slowly. Before long, Claudio and I were kissing and touching each other in front of my parents' fireplace. When we began having sex, I felt his gorgeous eyes take in my body, as a leisurely smile crept across his face.

Our sex was long, passionate, and — because we were on drugs — straight up epic. I remember telling Claudio that my brain orgasmed. He said he was happy I was having a good time, and then checked in with me several times throughout the evening. My memory is hazy, but I remember feeling cared for, content, and safe throughout the evening, as we made out and laughed over silly conversations.

We fell asleep that night facing each other, but not touching. Warm, friendly affections for Claudio washed over me as I relaxed beside him. I thought about how I had held to my Molly virginity for years, but gave up my actual virginity with little thought. I didn't understand it — had losing my virginity taught me some valuable lesson? Perhaps I had learned to listen to myself.

Or maybe the two weren't connected whatsoever and it was just the drugs.

Thoughts danced across my mind as I dozed off, but one feeling dwarfed the rest: I experienced a "first time" that made me feel happy, not overwhelmed and ashamed. In a strange way, it felt like a second chance. After all these years, I finally got it right.