How We Talk About Mental Health Is Wrong 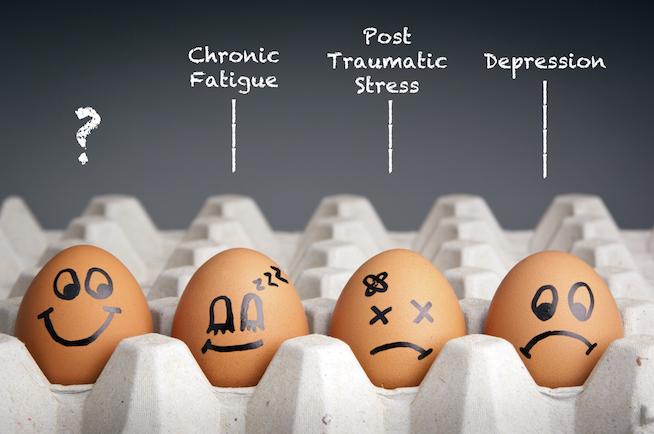 “Oh, my friend used to have problems with anxiety, but then she started going to yoga classes. Totally fixed it!”

In general, the way we talk about mental health, as a society, isn’t stellar. Between the stigma, shaming, and misconceptions, we could do a lot to improve. One piece of the conversation that gets under my skin: the idea of "the cure", which often means "getting better" or "being fixed".

Here’s the thing: anxiety, or depression, and (I imagine) most mental illnesses aren’t like the common cold. You don’t just wait it out and "get better" with some medicine and chicken noodle soup. Anxiety is more of a long-term chronic illness. You can put all the coping mechanisms in place, and you can do everything in your power to be a healthy, whole individual. . .

And you still might relapse. It’s a day-by-day battle — and it might be one we fight for the rest of our lives.

That may sound demoralizing to you. But for me, the idea of a cure was actually much more harmful.

I’ve struggled with anxiety for most of my adult life, but in 2013, it skyrocketed. It got so bad that I couldn’t eat. My body straight-up rebelled against me. It was so busy trying to keep my heart rate in check that it couldn’t spare the energy to digest food. I knew I was stressed out, and had been for awhile, but not being able to partake in Taco Tuesdays was the last straw. That was enough of a kick-in-the-pants for me to go to the doctor, and put on medication. I also made more of an effort to prioritize self-care, exercising, and meditating.

And it worked — for a month or two, anyways. Until I started having the kinds of meltdowns the medication was supposed to prevent. After a month of daily crying jags and raging insomnia, I realized the culprit was the medication. Through a colossal failure of professional medical care, I was forced to go off the medication by myself (withdrawal: not fun!).

(Note: I have nothing against medication. My personal experience made me gun-shy, but I know many people who wouldn’t be alive if it wasn’t for their meds. Whatever works for you is best.)

I tried to get back on track after that, but things were incredibly rocky for three or four months. The whole time, as I was in wave after wave of nervous breakdown, I had one series of thoughts running through my head over and over:

When you inevitably relapse and are drowning in depression or suffocating in anxiety, the concept of a cure isn’t helpful because you thought you were already cured. Now, you have to deal with the knowledge that not only are you crazy, you’re broken. You’re not fixable and there is no hope.

But the problem isn’t with me, or with you. It’s with the idea of ‘fixed’ in the first place. If we didn’t try so hard to be fixed, the idea of being broken wouldn’t be so soul-suckingly horrifying.

There’s a parallel here with the health and beauty industry: if we teach people the only way to be healthy is to lose a certain amount of weight, and keep it off (and to hell with what the science says), that specific idea of ‘healthy’ becomes a weapon. It turns into something we can bludgeon ourselves with, when we come up short against ideals that were impossible to meet in the first place.

On the other hand, if we openly acknowledge that these are life-long struggles for many people and that you’ll slip up, mess up and some days, panic attacks will happen, then it’s not so terrifying when they do. By putting the focus back on improving life where we can, with the tools we have, and doing the best we can, we take the pressure off ourselves to find a cure or be cured. We free ourselves up to be realistic and improve gradually over the long term.

Where am I at now? I work, every day, at keeping my demons in check. And I know that sometimes — whether it’s because of outside events or the weather or what-have-you — I’m going to backslide. And most importantly, I know that’s not only normal — it’s perfectly okay.

If you like this article, please share it! Your clicks keep us alive!
Tags
anxiety
mental health
dealing with anxiety
living with mental health issues
Depression
medication for anxiety
cures

How We Talk About Mental Health Is Wrong
Michelle Nickolaisen