Dear Bristol Palin: You Are Not A Disappointment, Your Parents Are 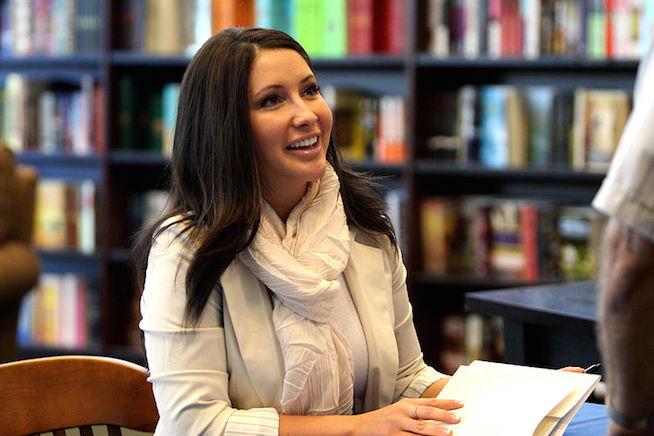 Well, by now the whole world knows that Bristol Palin is pregnant. In case you live under a rock — or are less than 25? — Bristol is the 24 year-old daughter of former Vice Presidential candidate and Alaska Governor Sarah Palin. Bristol made news six years ago when she had her first baby (also "out of wedlock") at age 18. She subsequently became an abstinence advocate, speaking all over the place about saving yourself for marriage. And publicly apologizing for being a normal sexual human being — because it's a sin in the eyes of The Lord.

I'm not Christian — so the abstinence thing is lost on me entirely — and to be quite frank I think Sarah Palin is sort of a moron. (I'm working on my compassion. I have my limits.)

So Bristol is pregnant. And here's what she has to say about it:

Palin wrote that she shared the news "sooner than I ever expected due to the constant trolls who have nothing better to talk about." Palin wrote that the pregnancy "has been, and will be, a huge disappointment to my family" and asked for privacy.

"Honestly, I’ve been trying my hardest to keep my chin up on this one," Palin wrote. "At the end of the day there’s nothing I can’t do with God by my side, and I know I am fully capable of handling anything that is put in front of me with dignity and grace."

It's a "huge disappointment".

It's a baby. It isn't a disappointment, and neither are you.

This is heartbreaking, for a couple of reasons: 1. She is pre-shaming herself. Fox News didn't even have time to be assholes (which would have given me even more material). 2. Her parents have created a situation where she has to apologize for procreating, like humans do, all the time. Seriously, like daily.

This is inherited shame. It was passed from Sarah to Bristol — and now to her babies. In the media and everywhere, they will grow up to believe they are a disappointment, a mistake. This is the Palin legacy.

And this is the very reason that abstinence education is a really terrifically horrible idea. When we tell our kids, "Don't have sex because that makes you a sinner which makes you a horrible person and a disappointment to your whole family and the entire country", we are diminishing their worth. We are setting them up to fail. We are setting them up to feel like a failure, less than, "bad".

Bristol, you are not 'bad'. And I'm not disappointed. You are having a baby. Let's celebrate. I'll knit a hat.

*Dear Sarah, If this hurts your feelings, just pause to gaze out the window at the tranquil Russian landscape. That should help.

If you like this article, please share it! Your clicks keep us alive!
Tags
bristol palin
marriage
abstinence education
pregnancy