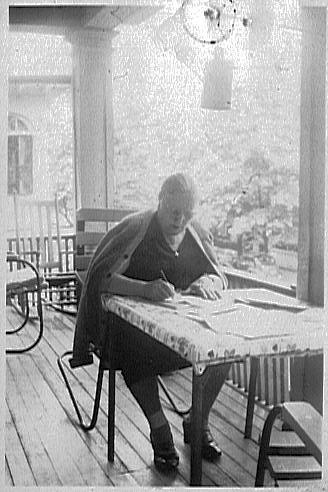 I don't even know who took the photograph or when it was taken, but it made an indelible impression on me the first time I saw it. I rescued the faded, scallop-edged snapshot from a trunk of old pictures my Aunt Gwen was getting rid of. I couldn't have been more than 13 years old at the time, but even then I realized it was important.

Fifty years earlier, Aunt Gwen had moved out of the house in the picture, a place that had been long forgotten. But not by me.

In the photograph, my great-grandmother, Margarita Cirigliano, is sitting at a small table on the front porch of the family home in Borough Park, Brooklyn. Her husband Michael Archangelo always called her "Bridget" because she looked more Irish than Italian, with her bright green eyes, ivory skin and light brown hair, which was stranded with gray by the time the picture was taken.

In it, she is writing. There seem to be many pages spread out in front of her. Is it a notepad or stationery as thin as onionskin? Who is she writing to? An almost-forgotten friend? Perhaps she is jotting down the grocery list for one of the sumptuous, simple Sunday suppers she was famous for, meals that went on joyously for hours, one course drifting into the next, filled with laughter and delight--not to mention hand-made manicotti.

I'll never know what she was writing because she died almost ten years before I was born. When I asked my grandmother (her eldest daughter) about the picture, she didn't remember any of the details. She didn't even recall who took it. And who would take such an intimate portrait of something so commonplace as an old woman writing at a card table set out on a well-worn porch? Someone who loved her, surely.

For some reason, this photograph always touched me and I don't know why. Perhaps because it is a piece of me, of my history, of my Brooklyn roots. Perhaps because I always hoped that Grandma Bridget was secretly writing a poem, a short story or a novel because I grew up to be a writer. 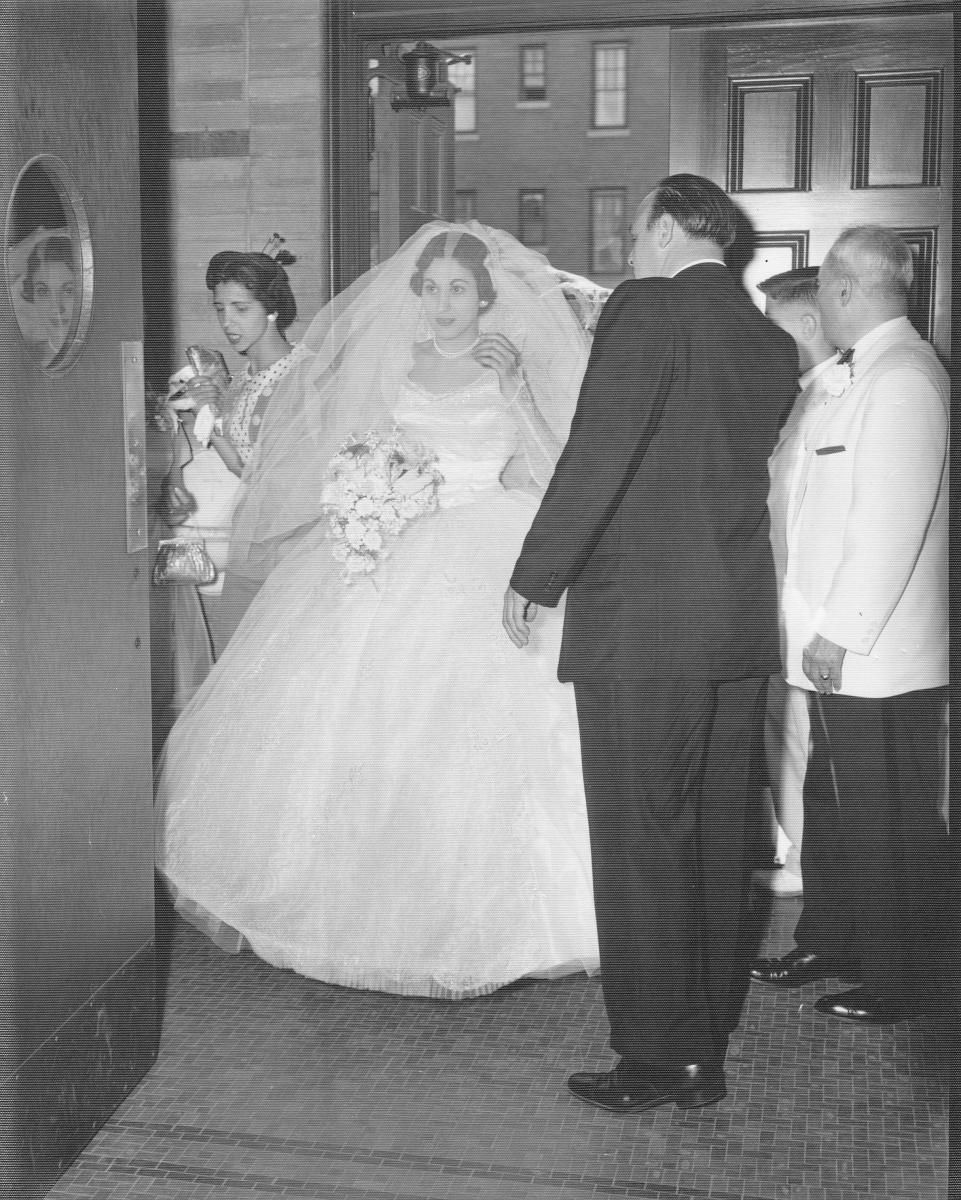 Judging by the trees beyond the front porch, the season seems to be spring. I try to imagine the way it smelled, with bright, yellow forsythia blooming and the lacy flowering pear trees just coming to life. A sweater is draped across my great-grandmother's shoulders, her glasses rest near the tip of her nose and a cross shines around her neck. There is a fresh piece of oilcloth fitted to the table and her right ankle is tightly wrapped. My aunt told me that Grandma always smelled sweetly of gentian violet, which she used to ease her arthritis.

I don't know much about her. Just bits and pieces I've collected from what remains of my family. I know that she was born in a small village in northern Italy, near Florence. I'm not certain of the name. I know that she and my grandfather Michael Archangelo, who most people called Poppa or Uncle Mike, loved each other in that dear, deep way that is rare and holy. Together, they had six children and moved to the big house on 45th Street in the 1930s, living there happily for more than 20 years until he died. Bridget passed seven months later; it was said of a broken heart.

I live not far from Borough Park. Recently, I went back to find the house, to gaze at that porch, to get a sense of her, of them, of me. It was difficult to locate since the street number was missing. At first, I thought it existed only in my imagination but I finally found it. I almost burst into tears when I did.

More than 70 years since that photograph was taken, the porch is sagging. Cheap aluminum siding hides those strong, solid bricks. The yard is littered with plastic toys, discarded children's security gates and assorted junk. It is not the peaceful haven of my great-grandmother but a fallen-down wreck. How could this have happened?

My one consolation is that I will always have the pieces of her that live in me, pieces I am not even aware of, but are still there, making up the fabric of who I am: an Italian-American, a Brooklynite, third generation and proud of it. I'm not sure where I'm going but at least I can be sure of where I came from. I have the photograph to prove it.

I come from a long line of concrete-strong women. They may not have changed the world or made much of a mark but they changed my world. Some may never have had jobs outside the home while others toiled in sweat shops. Some were mapmakers in the Panama Canal Zone during the Second World War while others were known for their abounding kindness, for knowing just the right thing to cook or bake to make you feel cherished and special even if they were quite ordinary. 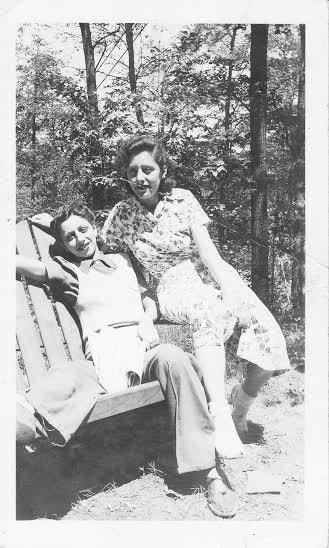 But none of us are truly ordinary, are we?

Many of the people I grew up with have moved away. But still, I hang on, grounded here in Brooklyn. And really, where else is there to go? My great-grandparents settled in this borough when they were children. Three of my grandparents were natives, and one chose to settle here from Calabria. I was born here, as were my parents, my husband, and my son. Some days I feel as though I'm rooted to the cracked cement like a defiant old ginkgo tree. Others, I feel as flimsy as an autumn leaf that will soon blow away.

It's that very photograph, I think, which inspired me to write my novel, The El, about people like this, about moments like this caught in time, wrapping them in words so they don't fade.

Perhaps someday, someone will take a secret photograph of me, writing on a wide, wooden porch, and decades later, a stranger will wonder who I was and sadly smile.