How I Chose Sisterhood Over Jealousy 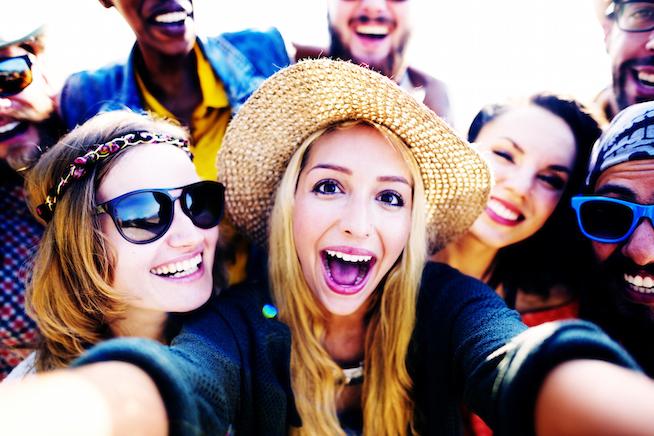 Imagine being surrounded by a pack of strong, accomplished women. Imagine you know them all, that you love and support them, and they respond in kind. Imagine that you’re the best of friends, that simply by knowing and associating with them, you become smarter, more successful, and happier.

The thing is, you don’t have to imagine any of this. It’s yours, whenever you want it. But many women don’t know how to have it.

Why is it when we meet women that we find inspirational, capable, talented, and intelligent, we often find them intimidating instead of wanting to court and friend-date them? Why do we sometimes respond with jealousy (that little bitchy voice in the back of our heads) instead of with excitement? What is it that puts us on the defensive instead of on the offensive, together?

I’ve been guilty of this crime against womanhood. I have met amazing ladies who are talented, prosperous, and creative, and have been struck with envy instead of delight. Because they had gotten a head start on the career I wanted, my new friendships and the admiration that came with them was colored with an insecurity that began to put down roots under my breastbone.

For every new stride I made, I compared it to one of theirs, and every “congratulations” I uttered was tainted by the reminder that they had something I wanted, but couldn’t get to just yet. I hadn’t learned that success took time to earn — that I didn’t even want their success, but something unique and all my own. I hadn’t found out that whatever these women had was not a detraction from what I had, or could have.

I learned that their talent doesn’t detract from my own. I’ve known that I wanted to be a writer since I was 7 years old, when I composed my first poem. I won my first award at thirteen. I wrote my first screenplay (and then a second) at 21, and my first essay was published online at 26. Now, only eight months later, being a full-time freelance writer is actually in sight. And I did it with the work of my own pen.

But not only that — I did it with the help of these women, my friends. They have given me praise and leads. They’ve given me tough love and much-needed boosts. Best of all, they’ve given me sincere and genuine friendship.

I’m surrounded now by a group of women I admire, who encourage me to grow and to chase my own happiness and peace — not theirs. I have a support system, a network of pen pals, and a community that challenges me to be a better writer, indeed, a better person, every day.

And you can have it, too, if you have the grace and courage to let love win out over fear.

* Dedicated to D, who has taught me so much.

If you like this article, please share it! Your clicks keep us alive!
Tags
sisterhood
womanhood
female friendship
feminism